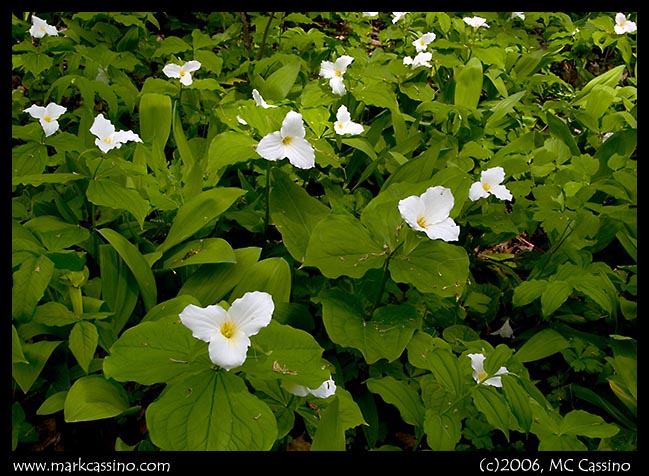 Yesterday I headed out to once again visited some favorite woods and forests in southwest Michigan, to capture some last shots of spring wildflowers. Driving out in the morning, I wondered if this was a good use of my time for the day. I honestly figured that this was the endgame for this year’s wildflower crop, and that I was likely to see nothing but a few faded trillium and wild geraniums. Happily, I was wrong. It had been almost a week since I had last been in the woods. The weather during that time was cold and wet, with a steady drizzle falling for a couple of days. On Thursday the sky cleared and temperatures warmed. 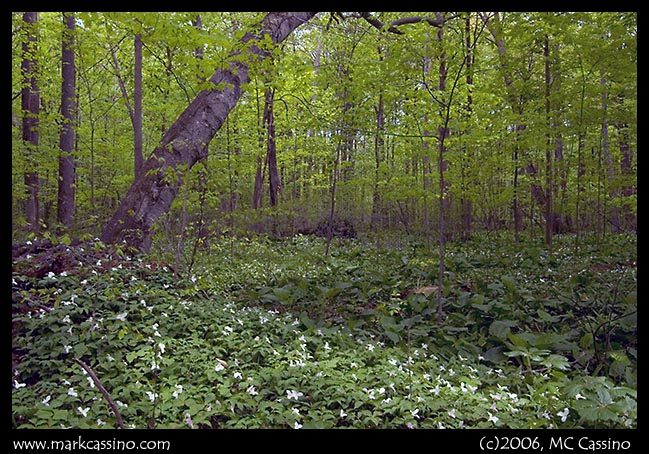 Pulling up to the first stop of the day, I realized that I literally had been missing the forest for the flowers. Walking into the woods in the early morning light, the young trees seemed to glow green. (Compare the shots shown here, to the image below of the same woods, taken less than a month ago!) 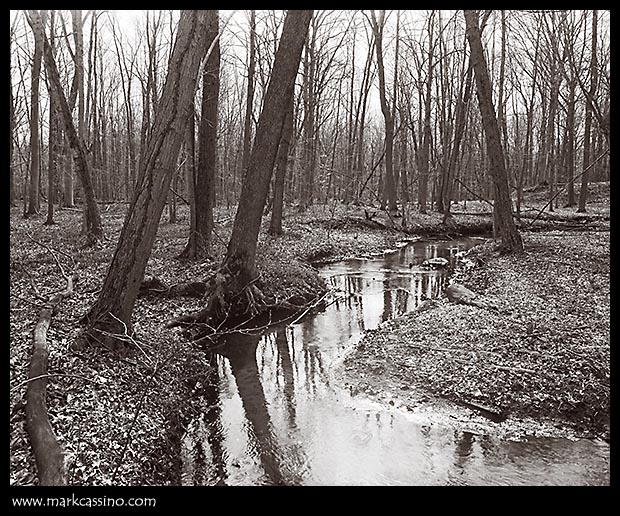 The canopy of mature trees was finally emerging, and the result was that little light made it to the forest floor. This was confirmed by the camera’s light meter, and I found that the diffuser was left in the bag more often than it was used. Where I had expect to see thin, old, and faded flowers, I instead found a carpet of trillium, wild ginseng, skunk cabbage, and the green leaves left behind by other species of flowers. 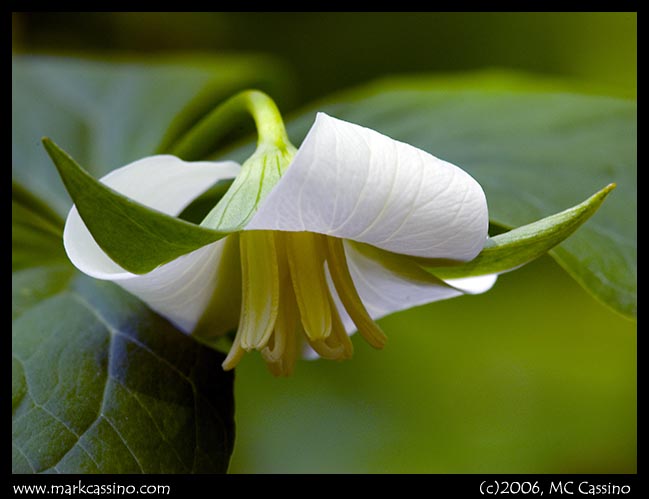 Granted, spring beauty was now all but gone in most places, and the remaining anemones were just a shadow of their former glory, but blue eyed Mary were still out in abundance, and wild geranium had also appeared. This spring, a new species of wildflower seems to have emerged just in time for each trip into the woods. On this trip Nodding Trillium made it’s appearance. Locally, nodding trillium is a more rare species than the Large Flowered Trillium and Red Trillium that dominate the landscape. It emerges later than the others, and can be somewhat difficult to photograph as its smaller flower droops or nods down below the leaves.

Overall, I spent the time photographing close ups of the wildflowers and also photographing the forest floor and spring woods. I hoped to capture the feel of the sunlight filtering through the foliage. I broke my own rules, and shot the landscapes using the digital Pentax *ist-D. Medium format would have produced better results, but ultimately the camera at hand was the one I used. I looked at a lot of Trillium as I wandered through the woods. I looked carefully for a four parted Quadrillium, like the one I saw last week. Though I must of eyeballed hundreds of flowers, I didn’t see any other four petalled Trilliums. So maybe it is pretty rare after all. 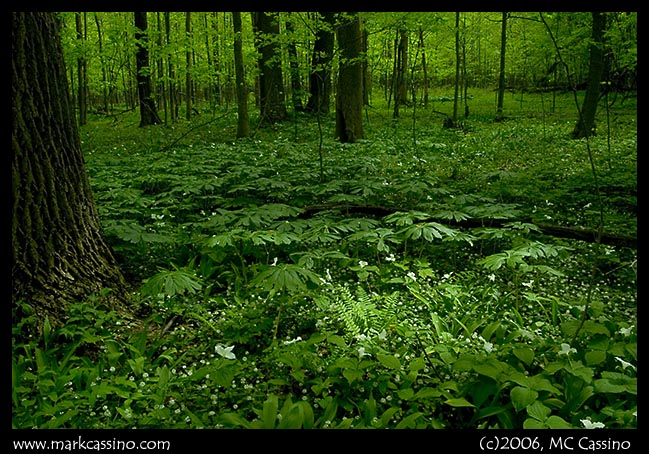