Sometimes I wonder if the dragons miss me as much as I as I miss them. Sitting down here in my very urban ‘yard’ (it’s just a small patio) near downtown Kalamazoo, a dragonfly has suddenly landed on a thistle seed head next to me. It’s a small one – nondescript – just darting out now and then to pluck a mosquito from the air. But it’s looking at me with the same look my cat might have in her eyes…

Well, after all these years of seeking them out, perhaps it is only fitting that they should seek me out for a change…

It’s been dry here in West Michigan – a drought that seems to have caught many unawares. The extremely wet spring, with its heavy rains, has given way to a prolonged dry period. On Friday I visited the marsh off 48th street in the Allegan Forest. A few weeks ago it was at last full and wet – the first time in several years. Now the water has gone, just leaving cracked mud and the semi-decayed vegetation that the marsh overran but did not have time to consume. 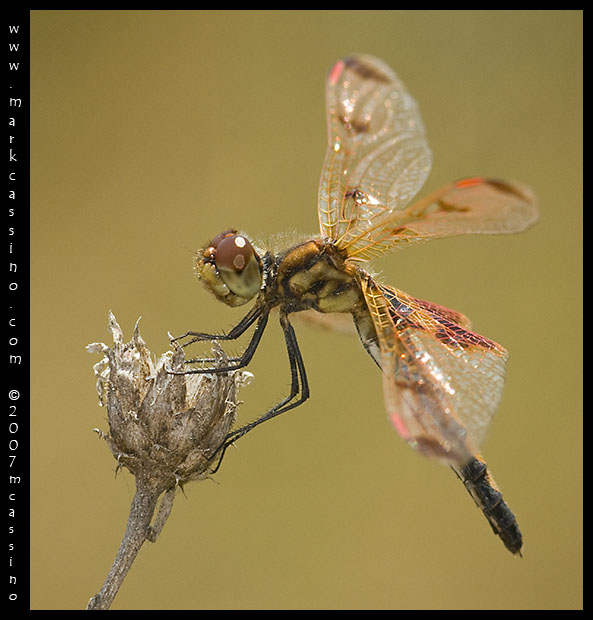 I saw a tiny white frog there - it was so small I thought it was a moth. I got it in the camera finder but it hopped away before I pressed the shutter button. The look in it’s eye - “Where is that water!”

My day in the Allegan Forest, Friday last, was initially devoted to exploring new areas. I’ve only been out in a fraction of the 80 square miles that make up the forest. So on this day I pushed off into some new areas.

One of my first stops what to explore the “Fennville Farm Unit.” As the name implies, it is a working farm, but it is in one of the lowest and wettest areas of the ‘forest’. Streams – more like man-made channels or ditches – carry water through the farm area. There are several pull offs and parking lots, with simple plank bridges that let you get over the ditches and into the grasslands that surround the fields. There was an abundance of birds and many I had never seen before – definitely worth a return trip for birding.

Ultimately I made my way back to more familiar grounds, and did actual photography along 48th street. I did manage to visit several fields that I had only scouted before, and shot both insect photos and a few digital infrared shots. The digital IR’s only disappointed – sensor flare seemed to creep into every exposure – but it was a good day for photographing insects.

Most memorable of the day were the – I believe – calico pennant dragonflies. These creatures have a remarkable pastel color to the their wings. They were out in abundance in the old farmland along 48th street. 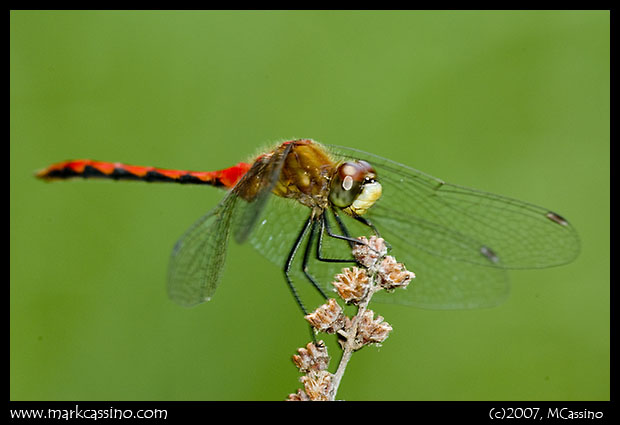 Also out in abundance – and to my surprise – were the first Red Meadowhawks and White Faced Meadowhawks. I’ve been saying that when the red dragon appears the summer is about to end, but here it was, the 6th of july – and the summer is just gearing up with the first major heat wave of the season.

A check of the field guide shows that the red meadowhawks can appear as early as mid July – so maybe they are pushing it a bit. But I only found them around the drying swamp, and so I assume that the environmental pressure lead them emerge earlier than usual. But the swamp itself – which is now dry enough to walk out into – was the only place where I saw these red dragons – both Red meadowhawks and White Faced Meadowhawks – so I assume they are responding to it quickly drying up. They were mating like there was no tomorrow, so let’s hope they sow the seeds (literally) for either a second wave yet this summer, or for next year’s red dragons. 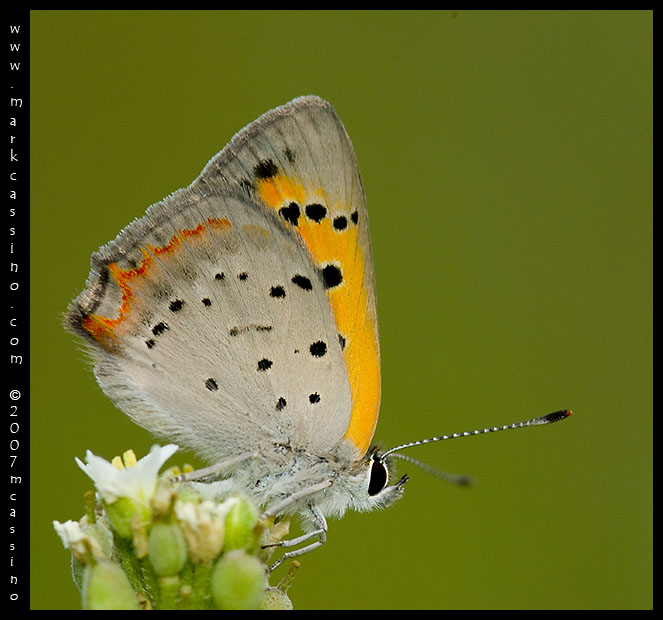 Out in the fields, the American Copper Butterfly has come to be my most steadfast companion. Where ever I go, there they are.

It’s ironic because my first attempts at photographing these creatures were frustrating and unsuccessful. They are small – about the size of a dime – and agile. Maybe I’ve become known to the collective sphere of their insect intelligence, at least locally. Or maybe I’ve just gotten better and stalking and shooting these tiny marvels. But either way – they are like a an old familiar friend out among the wild strawberries and other weedy plants.

Thinking about it – I’ve never, ever, seen an American Copper here in my urban backyard. Almost all the other species of butterflies show up sooner or later – eastern tailed blues, tiger swallowtails, spicebush, fritillary, monarchs and viceroys – but never has a copper come this way.

Included in the photos with this update are a few from two weeks ago. 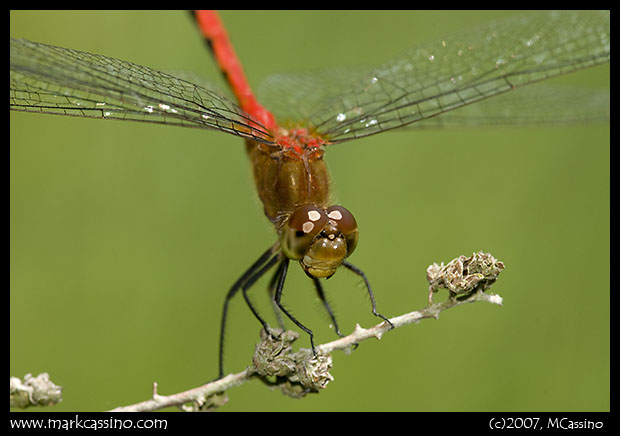 I set aside some time last week to prep photos for the Monclair Pinhole Exhibit, and also to work on a self published book of snow flake photographs (which I hope to have out soon.) So I really did not have a chance to dig into the insect photos from my last trip out to Allegan – and they are included here.

The colorful grasshopper below is only of the few Orthoptera included in these photos. I generally find grasshoppers to be boring subjects. And their personalities leave a lot to be desired as well – nowhere near as engaging and debonair as your typical dragonfly.

The first shots in this update are from the first weekend in July. Aside from the grasshopper, most notable is the Dragon Hunter, who snatched a Twelve Spotted Skimmer out of the air and gobbled her up. I took a full series of photos documenting this – but to me they are only a gruesome curiosity, and do not reflect what I find most compelling about these insects. 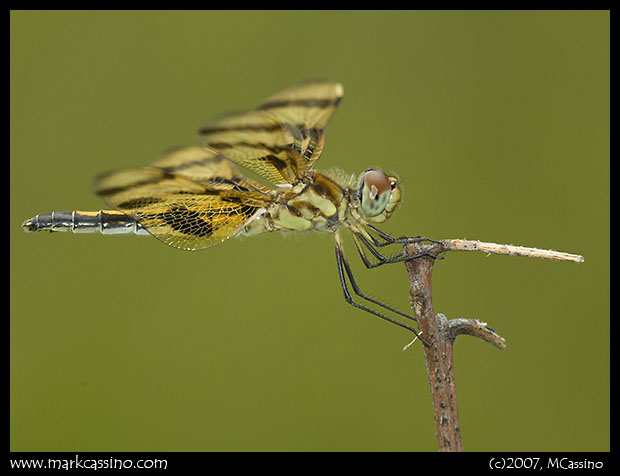 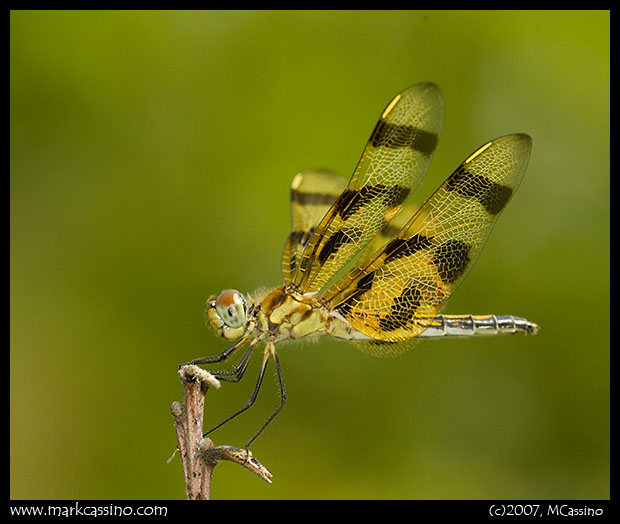 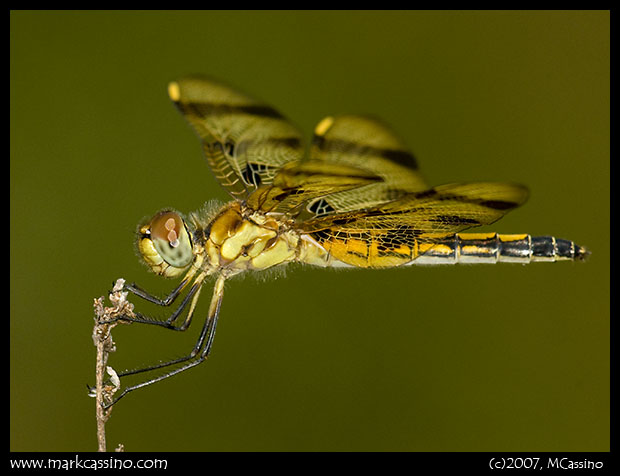 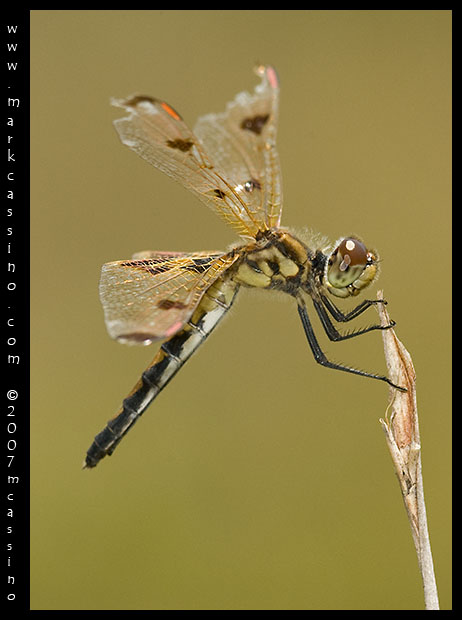 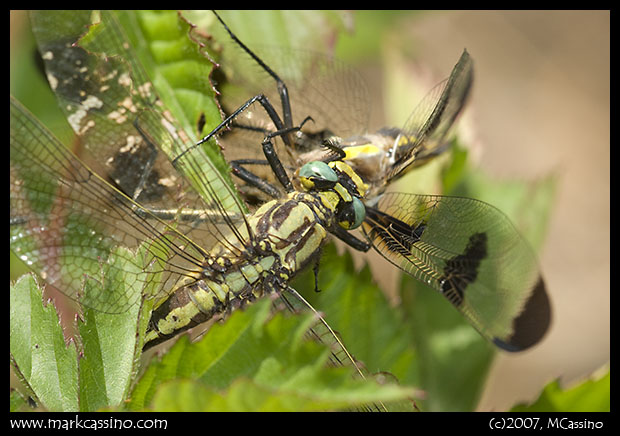 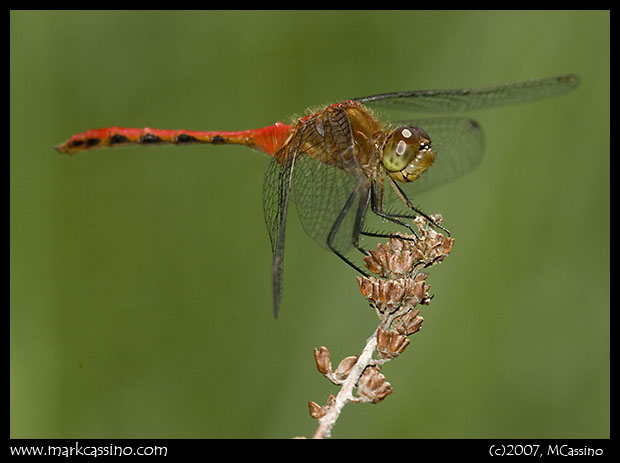 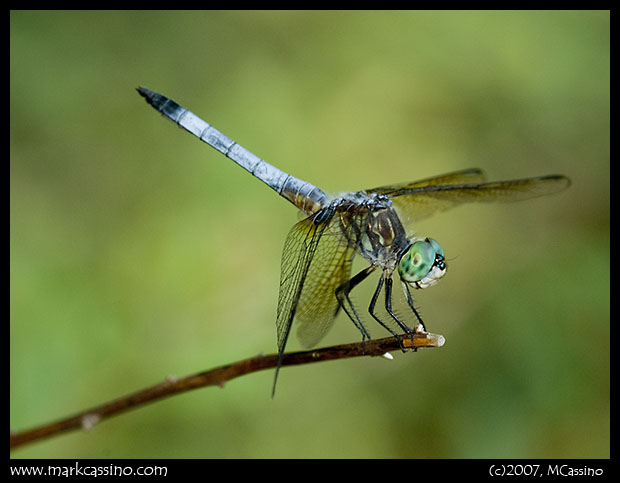 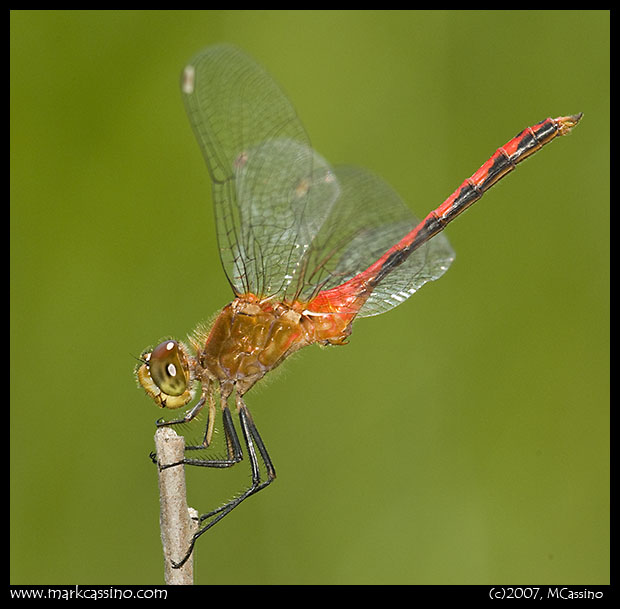 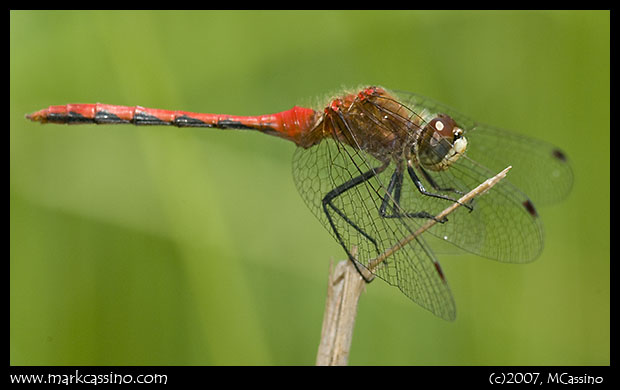