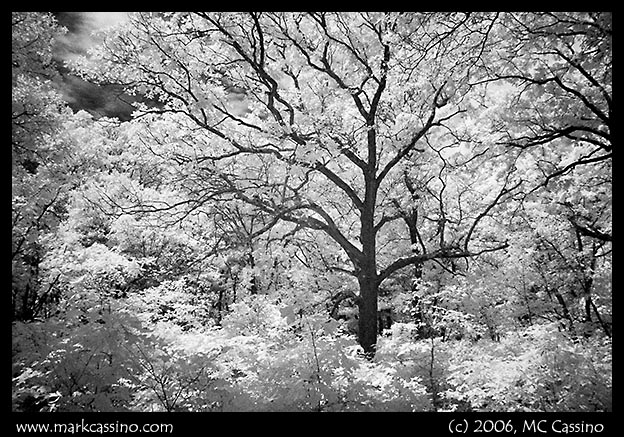 Again in Michigan, yesterday I made my way back into the Allegan forest. I wanted to catch the final stages of the field of coreopsis off 46th street, and was hoping for a better showing of dragonflies and possibly some Karner Blue butterflies.

When I got beck home one of the things I noticed on the first night was the abundance of fireflies floating around in my yard at night. Maybe it’s just the fetid great lakes climate, but there seems to be many times the insects here than compared to North Carolina.

Arriving in Allegan I was surprised to see that the field I had hoped would still be in bloom was now far past its peak. There were a few coreopsis, no vetch, and just a couple of clumps of butterfly weed dotting the landscape. Unlike past years, there were very few fritillary butterflies – this place is usually swarming with them in June.

I noticed a goldfinch perched on a scrubby oak sapling at the far end of the field, and headed in towards it. Within a few minutes I noted another finch, then another, and still more. As I came up on the end of the field the grass suddenly exploded with gold finches, and I’d estimate a flock of at least 50 burst out of the low vegetation. A few fox sparrows were mixed in with them – it was quite a sight to see those bright yellow birds flying off in such numbers, and I have never seen a concentration of them like that before. 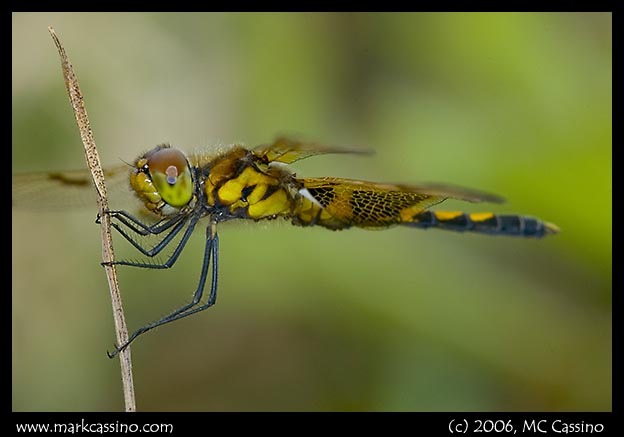 There were dragonflies in the field, and I got a few shots of them and then went off to an area where Karner Blues are locally prevalent. Unfortunately, on this day none were to be found. I headed back to the car and decided to visit the crumbling hunter’s perch that was a subject of one of my very first Holga shots.

The perch is located a few hundred yards into the woods, east of a parking area. A good portion of the walk takes you through an area of oak saplings ranging from 4 to 6 feet tall – the upshot being that you can’t see a darn thing around you as you wander along. I first found this area in early March, when the the trees were bare, and it was an easy place to navigate. But I carelessly wandered in later that spring only to have a few frustrating hours when I couldn't find my way out of the woods.

The perch is decaying. It had bent a lot over the last winter, but not it has straightened out but has rotated about 90 degrees. It remains chained to the tree that supports it, and will no doubt out last me on this earth. I took a few digital IR shots of this place, and some of the adjoining areas – places I've shot before. 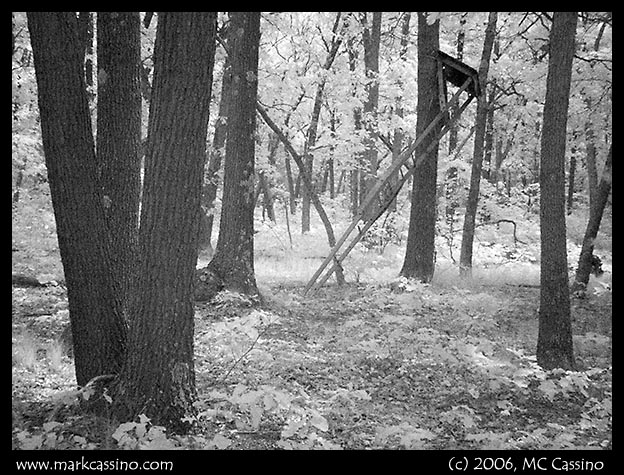 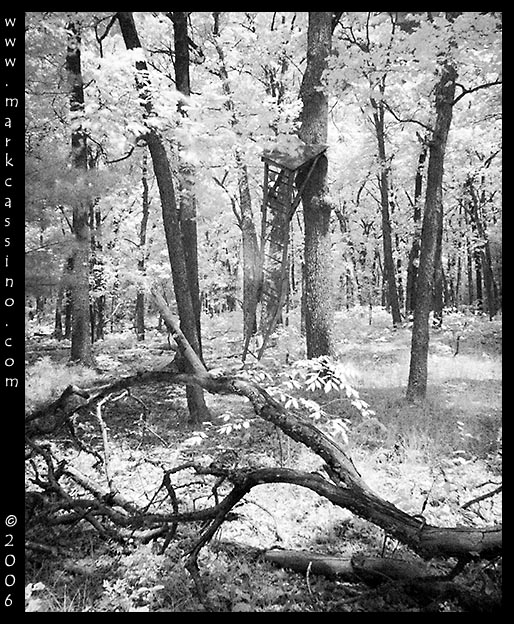