Yesterday and the day before I headed over to the Allegan forest for what may be one of the season’s last serious insect photography trips. I had intended to visit some other areas – Yankee Springs and Fort Custer in particular – but opted instead to return to the familiar woods. 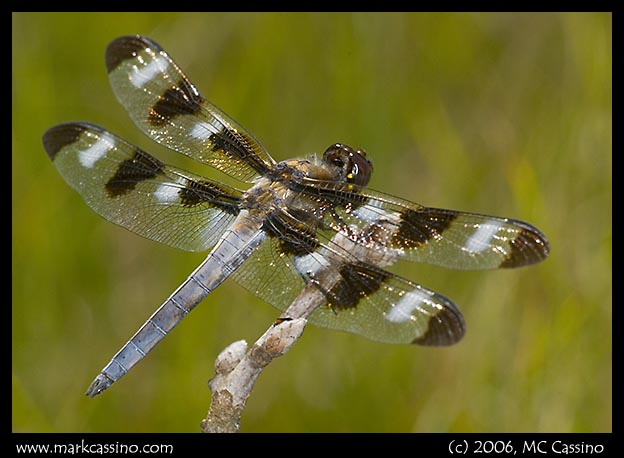 I took a very different approach on each of the two days. On Friday – the first day out – I more or less stayed in one large field off 48th street. On the second day out I took a more mobile approach, taking the two track along the river, stopping at several locations that have been productive in the past, and then moving back along 46th street, hitting four or five other spots, some more frequently visited than others. I finally closed out the day with a return trip to the field on 48th street, before heading home late in the afternoon.

The field on 48th street, where I spent most of Friday, has been the source of some interesting landscape shots. I’ve posted a few comments about this field thus far this year. It’s a place that really speaks to me, though I struggle to understand just what it is saying. It’s a place that combines the wilds of the large woods / savanna / Pine Barrens with clues and elements of its human past. 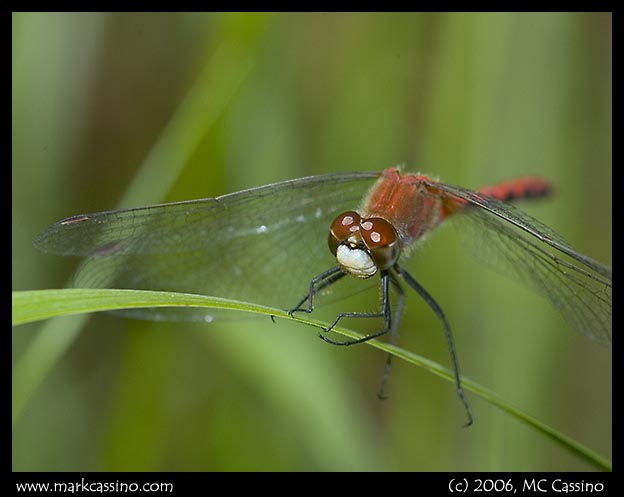 Last year around this time the entire field was ‘mowed’ – I put the word in quotes because mowing doesn’t fully describe the aggressive cropping the field received, with every tree or sapling less than three inches in diameter chopped (ripped) at ground level. I don’t know if this is an annual thing or not, but it makes me appreciate the now recovered field all the more.

So on Friday I spent about 4 hours photographing in this one area. I started out shooting medium format film – B&W landscapes (including my last roll of Maco IR 820c). Those will be the subject of another post. After a couple of hours, as the sun rose up and the light lost the delicacy of the early morning, I switched over to shooting insects...

Red Meadowhawks are now out in force. Be they Saffron Winged, Ruby, or White Faced Meadowhawks, the arrival of the bright red dragons is a sure sign that summer has reached its apex. These will be the last of the dragonflies, flying for another month or more depending on the weather.

This particular field has a small parking area off the road, the basically puts you on the north west corner of the long open meadow. There is a slight rise as you walk back into the field from the parking area, and a hundred yards or so due east puts you on the top of a small sandy hill. From that point on the field gently rolls downward, both to the north east and to the south. A mixed pine and hardwood forest borders the east edge of the field. 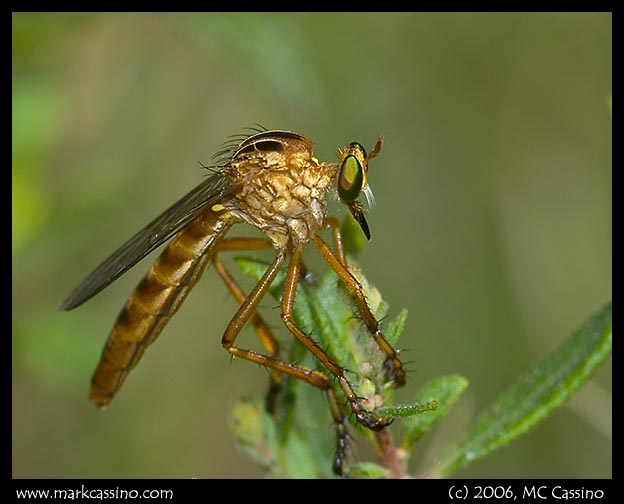 At the south end is a small marsh, now more or less over grown. Last year I could not walk into the marsh – I’d sink in the mud – but this year must be drier, because I can walk across it, the dried plants holding up my weight. There’s still enough water to make my pant legs wet when I drop to my hands and knees to get an interesting insect shot, and there is still a very small pond of open water – just a few square feet, mostly just much now, but still sporting some cattails, calamus, and other water loving plants.

When shooting insects here I basically follow the periphery, moving a short distance north along the scrub that boarders the road, and the following the northern wooded edge till I’m more or less in the middle of the field, at which time I walk due south, ultimately ending in the marsh.

The types of insects found vary greatly with the locale. The red Meadowhawks were mostly in the high, sandy, and dry areas, though some were down in the marsh. The north end of the field was full of wildflowers, and late in the day, returning back through this area on my way out, I found lots of Spicebush butterflies – literally dozens – and the occasional tiger swallowtail and fritillary.

As I mentioned, the second day was a series of short visits to diverse areas. Many of the small clearings off the two tracks in the woods were unproductive. In the past I’ve found lots of dragonflies, cicada killers, and other subjects in these areas. On this day I found few subjects at all. 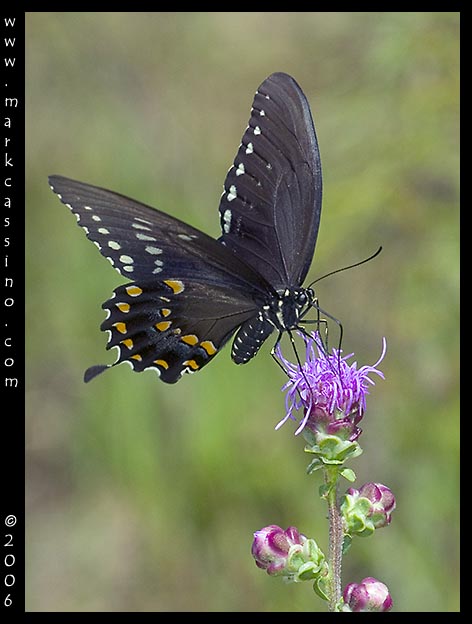 The open fields and cultivated savannas were more productive. In the first large field I ventured into I found one small clump of butterfly weed still in bloom. It was covered with Spicebush butterflies, with anywhere from 8 to 12 on it at any given time.

It’s late in the year, and the birds have certainly taken their toll on the Spicebush butterflies. Between the two days I saw dozens of individual subjects, and virtually everyone had one or more wing clipped, and most had the dusty dark brown color that they get when they get older.

I also ventured back into another small clearing, this one on the edge of a large area that was clear cut a few years ago and now is returning to a lupine / oak savanna setting. In this clearing I met a downright stubborn 12 Spotted Skimmer, who returned to the same perch over and over, and was there after I made and extended hike into the woods and back, almost an hour later. Well, he gave me the opportunity to get a few nice shots of him as he perched there, and I even tried some Holga close-ups of him, but I hadn’t brought any close up diopters so the shots were not successful.

Overall, the two days were fairly productive in regards to insect shots. I had hoped to get a shot of some cicadas, and while I saw a few in the low branches of some trees, they were successfully eluded me. I also hoped for some late season shots of Karner Blues (its very late in the season for them) but saw no sign of any Karners are all – though eastern-tailed blues were quite abundant.

I also devoted some time to oberving Green Darners, a large and beautifully colerful dragonfly that seems to spend most of its time hovering above fields. It does not perch and display like pennants and skimmers, but I learned that they ulitmately do sink down and take a perch low to the ground after flying for a while. I managed to get a couple documentary shots of these dragonflies - nothing very compelling but competent shots.

At this point I still have two rolls of 120 B&W film to processes, after which I’ll be scanning and posting more on the results of the landscape shoot from Friday. 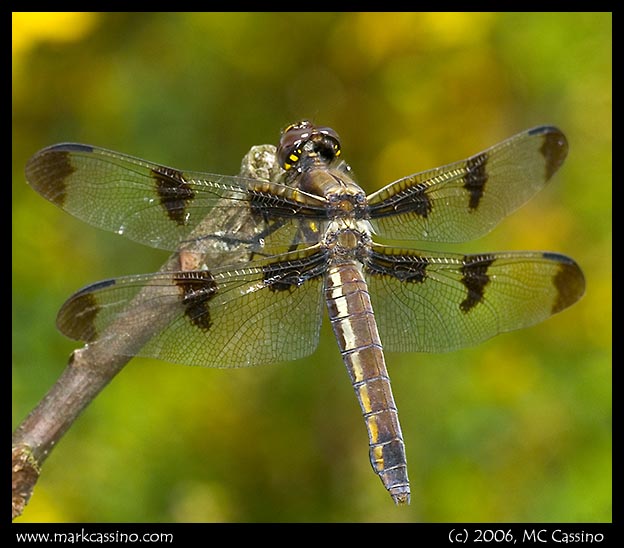 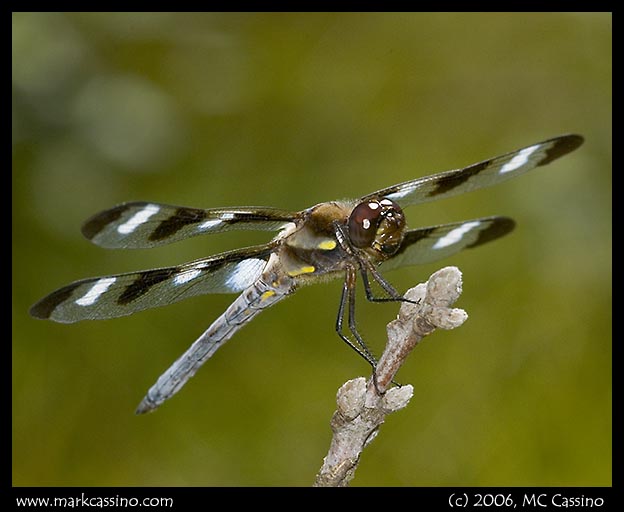 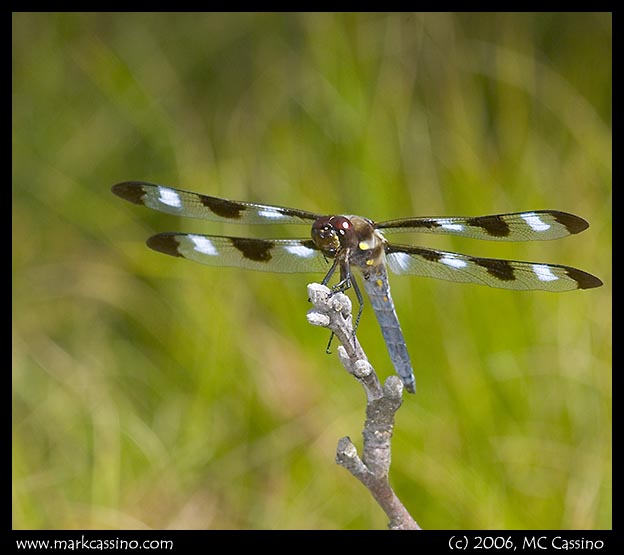 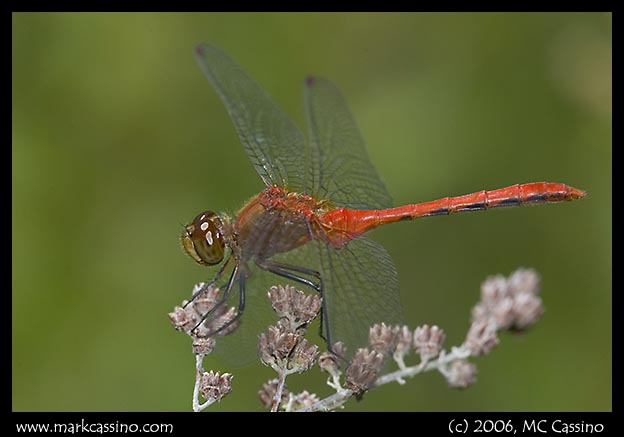 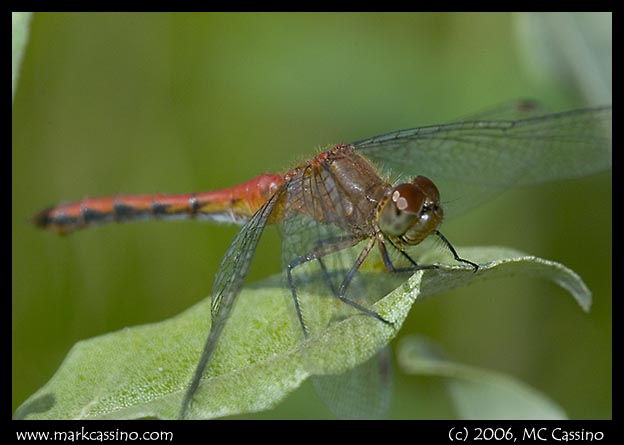 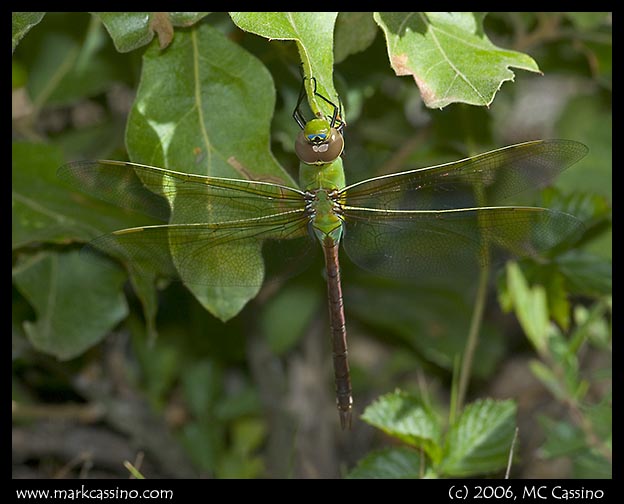 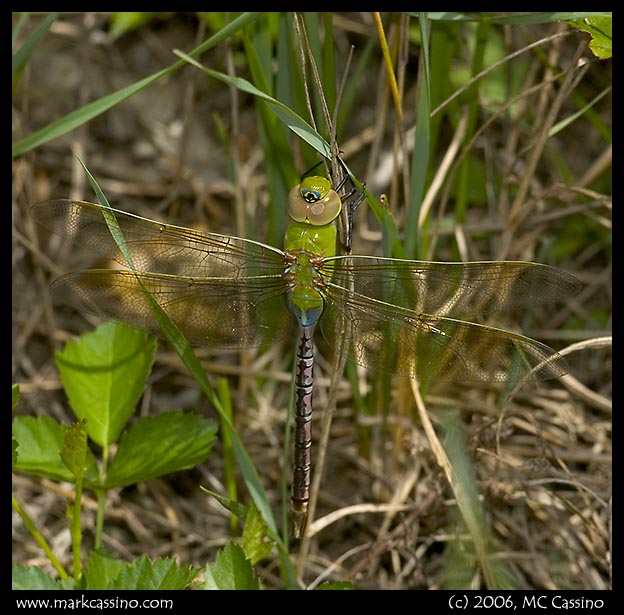 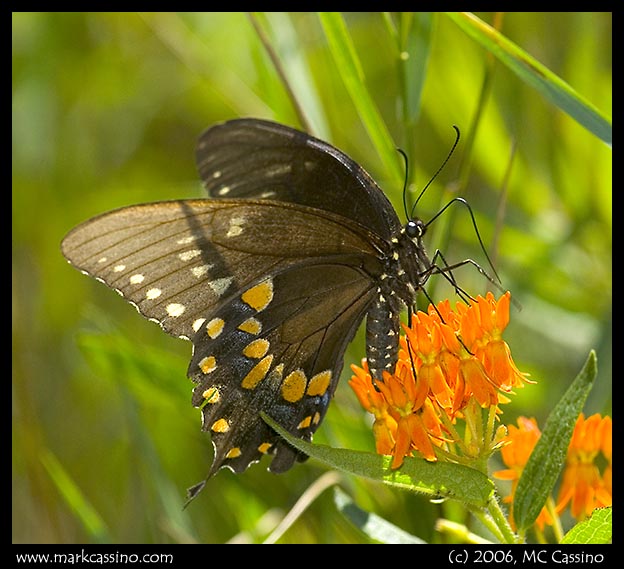 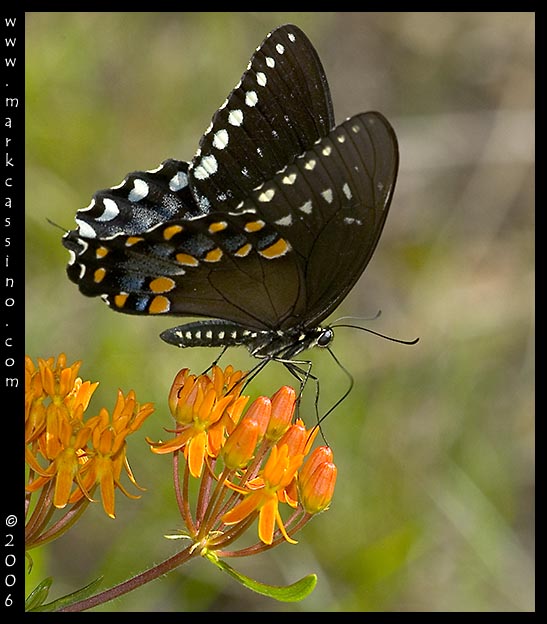 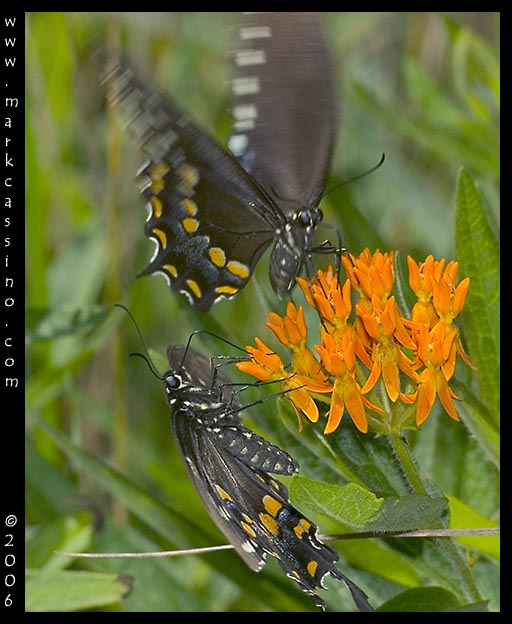 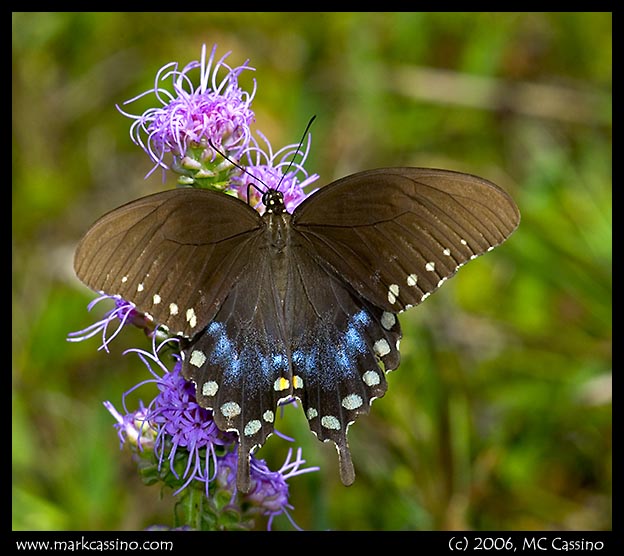 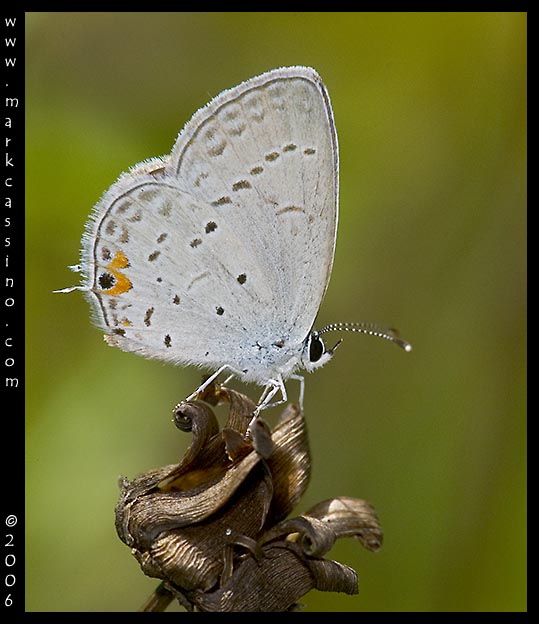 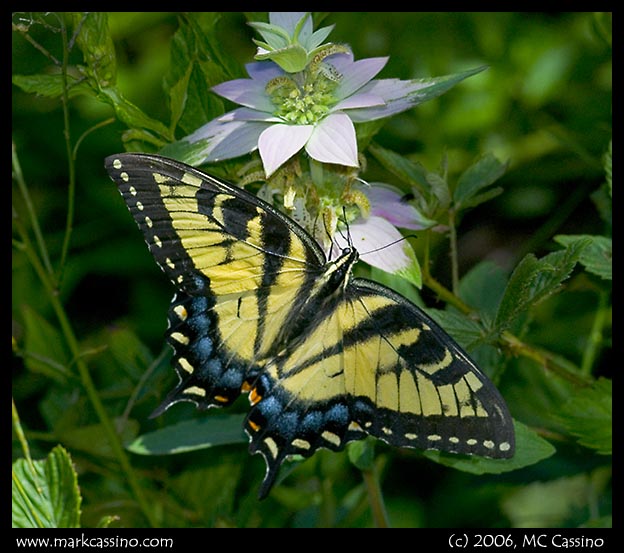 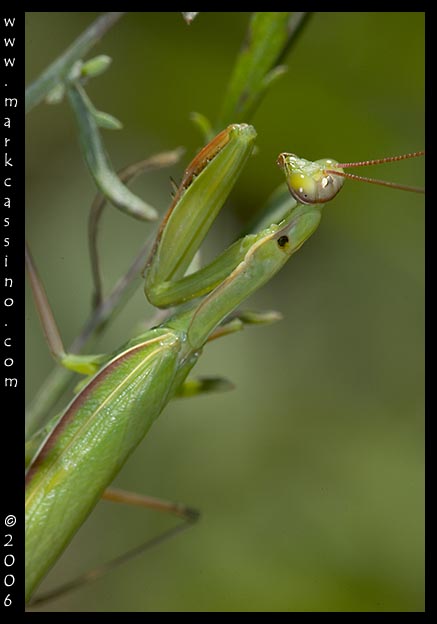