Unlike so many of my recent photos here's one made outdoors with a single exposure: 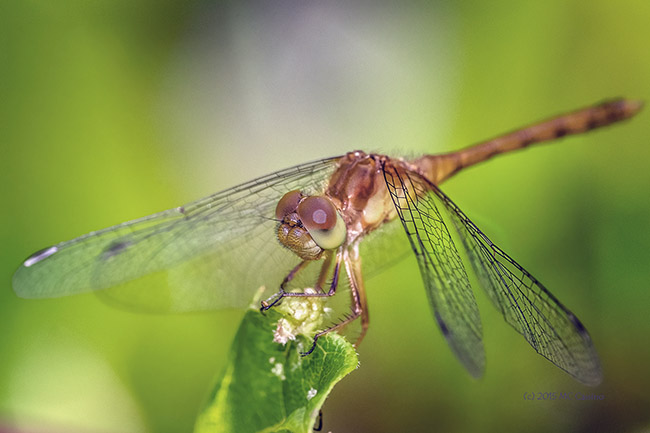 The first of the summer Meadowhawks are finally starting to appear - this summer's cool and rainy weather seems to have delayed their arrival. Very few of the dragonflies that I've seen so far have taken on the coloration of mature males - often bright red. This individual is probably of the genus Sympetrum, colloquially known as Meadowhawks. This would either be a female or immature individual. While a few Meadowhawk species have markings distinctive enough to allow identification from photos, most do not. Identification really depends on capturing the individual and examining it to determine the species (which assumes you know what to look for when examining it!) I've made tentative identifications of these in the past, but for this and most future subjects like it, I'm content to simply call it a Meadowhawk and leave it at that.