Yesterday I headed off to the Allegan Forest for the first time in several weeks. I had visited the forest in early winter, and again during some the coldest days of late January. But yesterday was the first really warm day we’ve had for some time, so I was eager to head out and see how the forest looked. 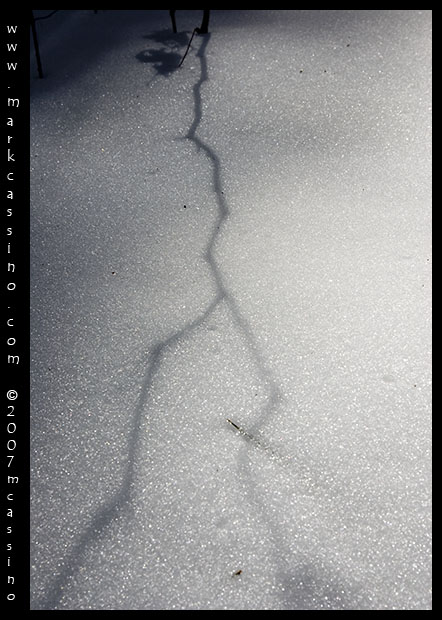 Allegan is closer to the lake than Kalamazoo, and so it gets a lot more snow. Lake effect snow. And as I headed down the main dirt roads, time and time again I saw some of my favorite two track roads, all too buried in snow to be passable. At least in my Subaru.

Finally I made my way to 121st street – definitely not a two track, and definitely a well traveled road. But still a seasonal road, not plowed or cleared of snow in the winter.

There were a lot of vehicle tracks leading down 121st street, and so I decided to head in. After a couple dozen yards I realized that the slushy melting snow under the wheels was not working. I decided to back out – and carefully started to back up towards the main road.

It only took a second to slide off the packed down tire tracks and slip into the deep, slushy snow. The car stopped, the wheels spun, and for all my rocking forward and back, I was stuck for good. 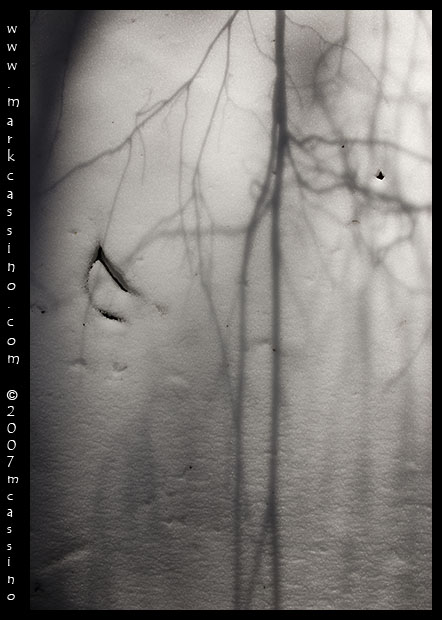 So there I was. I called home, my wife looked up a wrecker service in Allegan on the internet, I called them and waited for the truck to come. In the pre-cellphone days I would of had to walk the mile or so to the ranger station (whcih is often empty) or flagged down a passing motorist (who are rather scarce out in the woods.)

I had set aside the day to try to scrounge out some photos – so, while I was waiting I figured I may as well take a few shots.

Stuck in the woods under blue skies with the sun shining through the trees. The obvious landscapes shots were wanting. I started to think about Harry Callahan and his shots of grass stalks in the snow. Instead of grass stalks in the snow, I was captivated with the shadows of small saplings and tree branches – really twigs – on the snow. And so I spent half and hour shooting shadows in the snow. I probably wouldn’t of done it if I hadn’t gotten stuck there, but I’m glad I did. No masterpieces, no compelling photos – but an interesting exercise, maybe something worth pursuing in the future.

When the wrecker came we tried digging the car out of the snow with shovels. I don't think the truck operator wanted to venture too far back on the side road. qq It didn’t work. The slushy snow was compacted into ice half a foot down – and it was on that ice that I was just spinning my wheels. 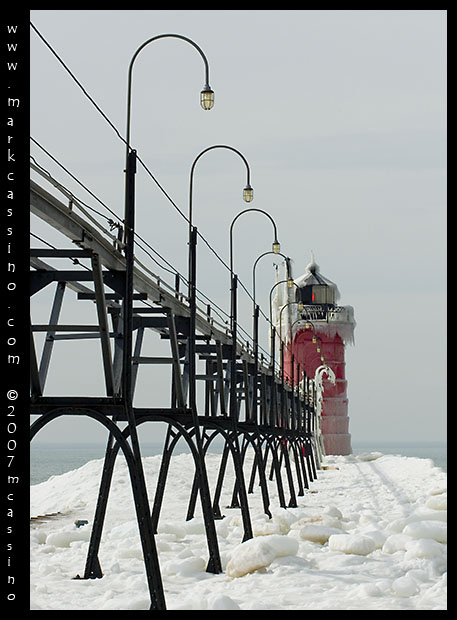 So we hooked my car up to the truck with a long rope and with one small tug it wound up back on the packed down snow – the path I was originally trying to follow. A minute or two in reverse and I was back on the plowed road, $75 poorer but better for the time spent among the shadows.

From there I decided to head to safer ground, so I drove over to South Haven the check out the lighthouse. A few weeks ago I had been there in a howling snow squall, but today all was calm. It was also uncannily warm, as I walked out onto the pier in shirt sleeves, the ice on the pier melted or melting.

The lighthouse was still fringed with icicles – but with predicted highs up around 60 F in the next few days, these won’t last.

As usual, a steady stream of photographers was snapping away at the lighthouse. I always enjoy my visits to the lake - but lihthouses are sort of a subject matter of last resort. I probably would have done better to have stuck with the shadows and snow, whether stuck in the snow or not. Here it is, mid March, and the winter is fading fast. I once shot a honey bee in a crocus bloom on the 19th of March. This year the news is that the honey bees have suffered a drastic die-off over the winter, so maybe no bees this year. But something will come along. A lot of snow has to melt – but things should be picking up in the weeks ahead. 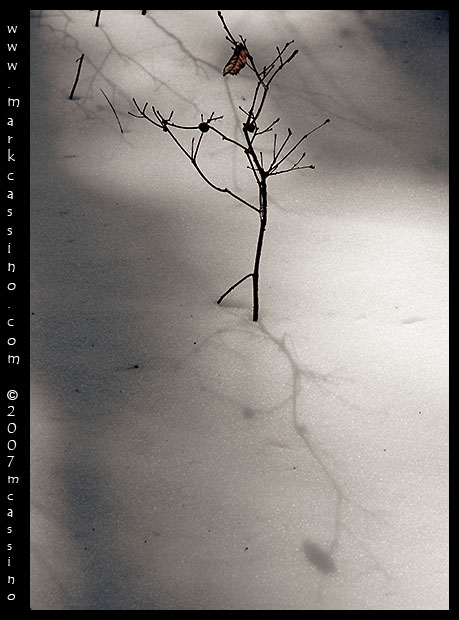 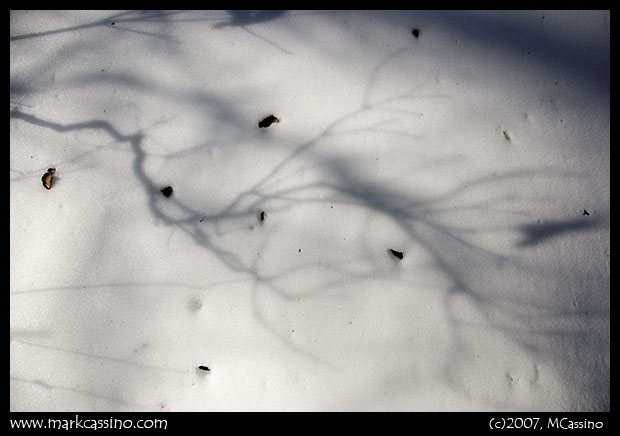 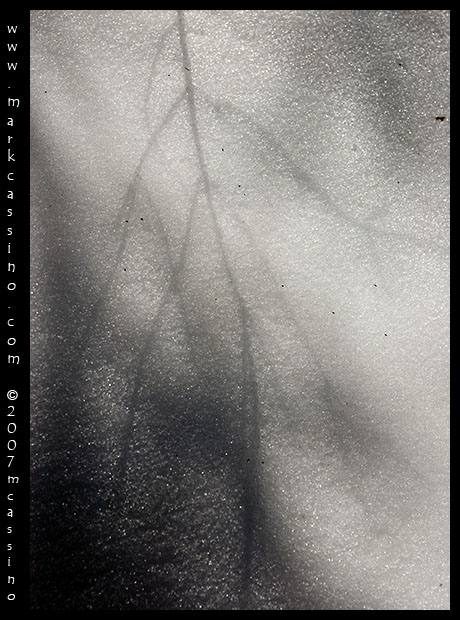 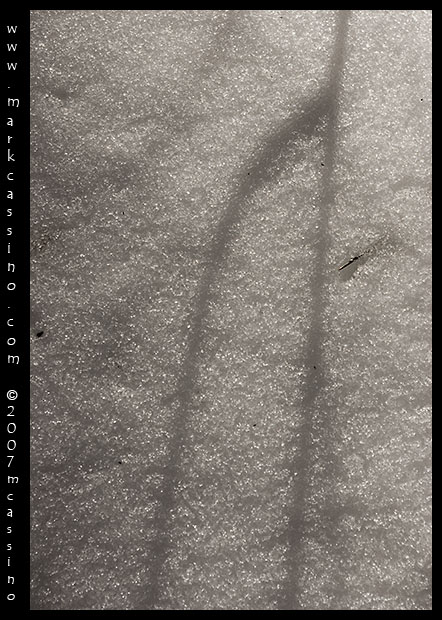 This entry was posted by Mark C and filed under Lighthouse Photography.