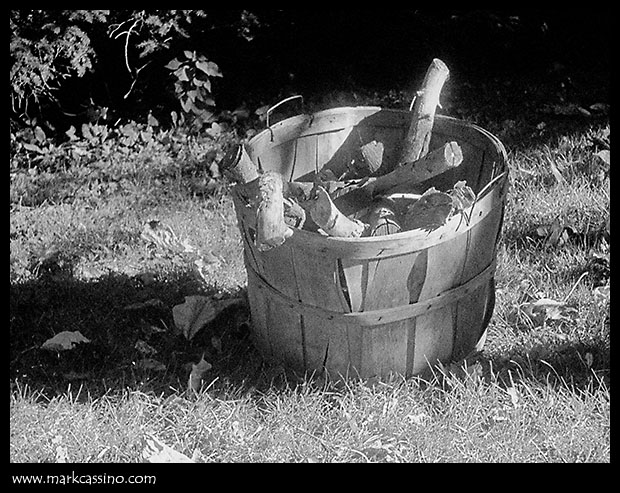 Here is an image that brings together a variety of experimental processes to achieve it’s ultimate effect. It was shot on an antique camera, using color negative film that was subsequently cross processed in exhausted Dektol, a highly active B&W paper developer. The result, in my opinion, is an interesting tonal range in a photo of a fairly common object – a bushel basket filled with kindling sticks.

So let’s talk about the processes used to take this shot. For starters, this is one of several recent images taken with an antique or toy camera. In this case a venerable Argus C-3 “Brick” rangefinder was used to take the image. The Argus is a fun and interesting early 35mm camera. It’s an incredibly fussy camera that requires multiple button presses and cocking before it will actually take a shot. The whole purpose of using toy or antique cameras is to deliberately introduce distortions, light leaks, vignetting and other optical elements.

There is also something magical about abandoning complete control over the photographic process and opening the door to randomness in hopes of the fortunate accident. The 50mm f 3.5 Cintar lens in the Argus brick is actually a pretty good performer, but still introduces enough character to the image to give it that different look and feel, especially wide open. For this shot, simply taking the image with the Argus was not enough of an experiment. I was also trying to use up some of my stockpile of 35mm C41 color film (see the essay on the number 396 in the “Film to Digital By the Numbers” series.)

So, I loaded the Argus with Fuji Superia 800 and over exposed the shot by a couple of stops. A few years ago I inherited a couple of packets of long expired Dektol developer. Although the foil packets seemed to be relatively in tact, the Dektol mixed up to form a brown liquid, more or less the color of black coffee or cola. I had developed a few rolls of film using this witch’s brew, following the times listed for D72 in some very old darkroom handbooks. The results with conventional B&W film were good - here are two examples: 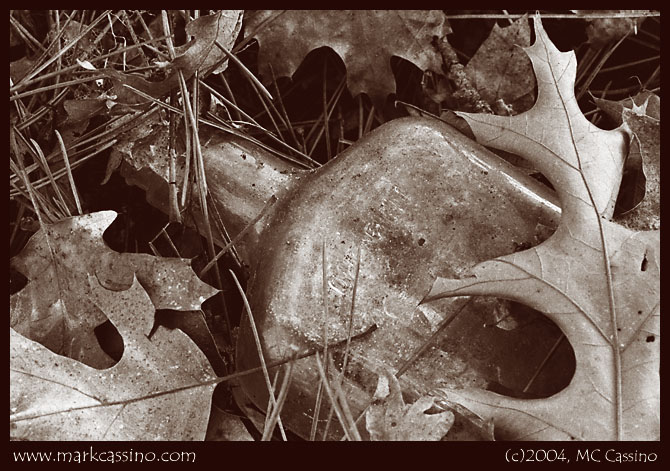 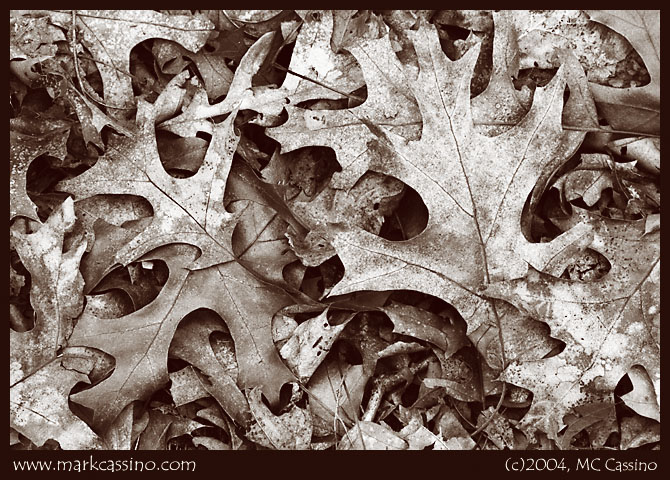 I thought to try the concoction with the color negative film. The ultimate results were extremely dense negatives that require significant adjustment to scanning exposure in order to create a printable file. (I'm lucky that my 35mm film scanner allows me to directly adjust exposure.) I managed to get two interesting shots on this roll. I like the tonality, especially in “Sticks in a Basket,” and it’s a technique I plan to explore some more. As a closing note – here’s the other acceptable shot take from the same roll: 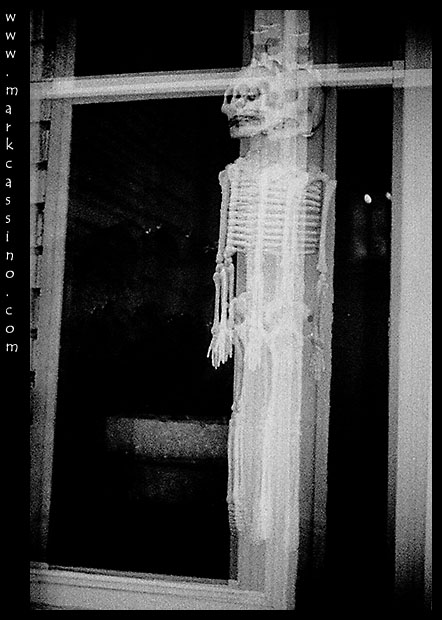 This entry was posted by Mark C and filed under Photo Comments.