Honey bees are one the first insects to show up in the spring, found in crocus flowers as early as the first week of March, frenetically gathering food between snowfalls. And honey bees are also among the last insects seen in fall, working the flowers of autumn aster. 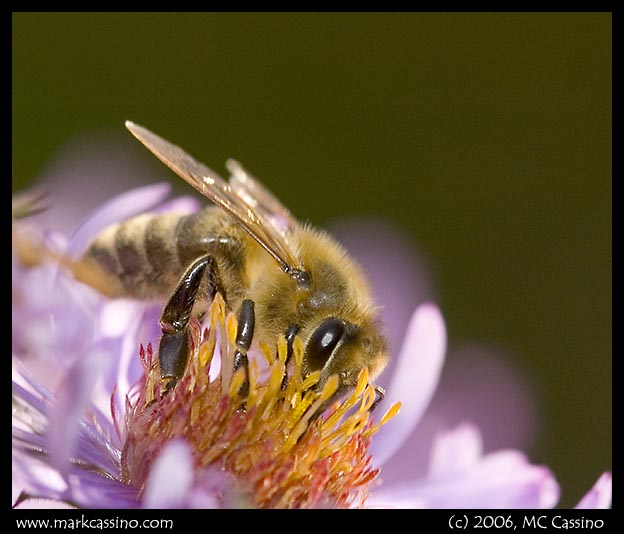 So here it is – October. Its been a few weeks since I’ve been able to get out and do some serious insect photography. At first, today looked like it would be a bust, as I woke up to rumbles of thunder and pouring rain that went on for hours. But by 2:30 pm the sky suddenly cleared, and by 3:00 I was on my way to the McLinden Nature Trails, which has been so productive earlier in the summer.

I only got about an hour – by 4:15 dark clouds rolled in from the west, and in a matter of minutes the light dropped by 3 stops and the winds picked up. But the hour was time well spent, resulting in a handful of insect shots.

The autumn aster is out in full bloom. The goldenrod has peaked and is fading – still blooming in lower, cooler areas, but in general just another shade of brown in the fall meadows.

Once again, McLinden preserve did not disappoint when it came to dragonflies. There were several large darners buzzing about over the fields, but as usual they seldom perched and presented few opportunities for photographs. There were also some smaller meadowhawks, but they were skittish and dashed off as soon as I approached. 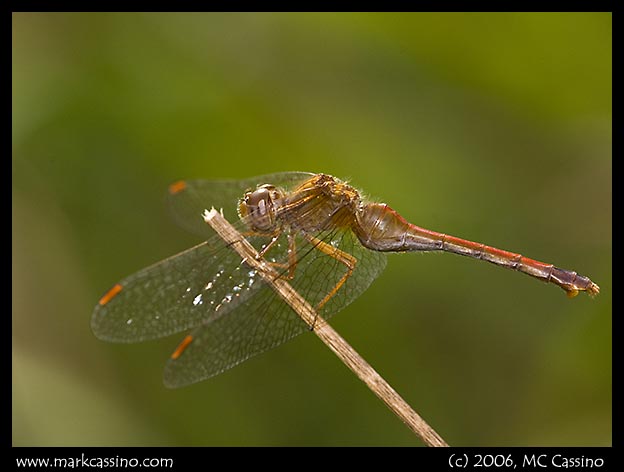 One species of dragonfly paused a few times, giving me a chance to get some shots of it. I haven’t been able to get an ID on it – the bulging shape of the first and second segments of the adomen should make it easy to narrow down, but so far my field guides have come up blank.

While shooting the dragonflies, a large mantis flew into the camera – it actually seemed to blunder into the flash and bracket, and after struggling for a second it landed a few feet away, providing the last shot of the day.

These days, this time of year, you never know which outing will be the last one. One a hard frost hits, the numbers of insects will drop dramatically. And while dragons can still be found late in October and even into November, it’s all a matter of the luck of the weather, time and circumstance. You never know when something has ended until its already over. Just as I can’t remember the last firefly I saw this summer, or the last ebony jewel wing, same too I won’t know when I see the season’s last dragon, until the time comes when I realize I’ve seen dragons namore.

Glad to see someone else exploring the River Vista as much as I have! Some of the most dramatic and varied landscape in all of K-zoo.