Yesterday I headed out to the Allegan Woods in hopes of getting some new insect photos. The weather forecast was for hazy, hot, and humid weather as the first serious heat wave of the summer finally rolls in. So I also brought my few rolls of infrared film, hoping to have a chance to work with it as well. 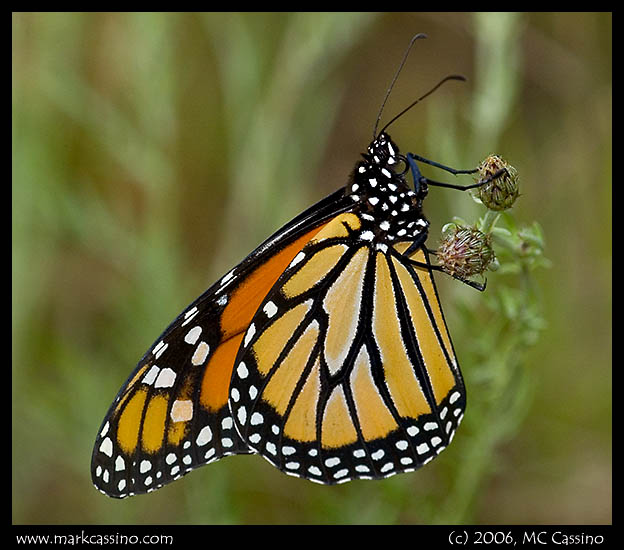 I decided to start the day in a field down by the river, near the Ottawa Marsh boat launch. So I took M89 across the Kalamazoo river, and then headed north us 46th street.

Before getting to the boar launch, I stopped at an open field packed with knapweed in full bloom. The weather seemed to be falling in line with predictions, except for some dark clouds to the southwest. I stepped out of the car to wander through the field with my insect close-up rig.

It can take an hour or longer to work a good sized field. In regards to subject matter, particularly insects, you can never assume that the area you step into will be representative of the whole locale. The edges of a field, if bordered by woods, are invariably different than the center. I f a road runs borders the field – even a little dirt road like 46th street – that area will be different than those deeper in. So I started my normal routine – walk along two edges of the square field, when it meets the forest, and then take the diagonal back through the center, winding up back at the car.

The field was a riot of blue knapweed flowers, with some grasses, dried vetch, and dead coreopsis mixed in. A few orange clumps of butterfly weed and clusters of black eyed Susans were the only other blooming flowers.

The dull thud of shot gun fire punctuated the morning air, no doubt someone out in another field either shooting skeet, or just shooting for the fun of it.

Shortly after I started wandering into the field, the wind picked up and a lot of the flying insects took to keeping low, hugging the vegetation. I saw some tiny eastern tailed blues – maybe1/4th to ½ inch in size at most, and I wondered if some of the other blue butterflies I had captured thus far this summer were really this species, as opposed to being either some sort of small hairstreak, blue, or azure. I also spotted a few spicebush butterflies and monarchs out among the knapweed flowers.

As I was turning to make the walk through the center of the field, the weather made a dramatic change. The clouds rolled in, it got dark (dropped over 3 ev per the camera meter) and the haze briefly turned to mist that wafted in from the forest, passed over the open field, and disappeared within minutes. But now the sun was gone, and the temperatures were decidedly cooler. As I walked back through the field a light ran began to fall. 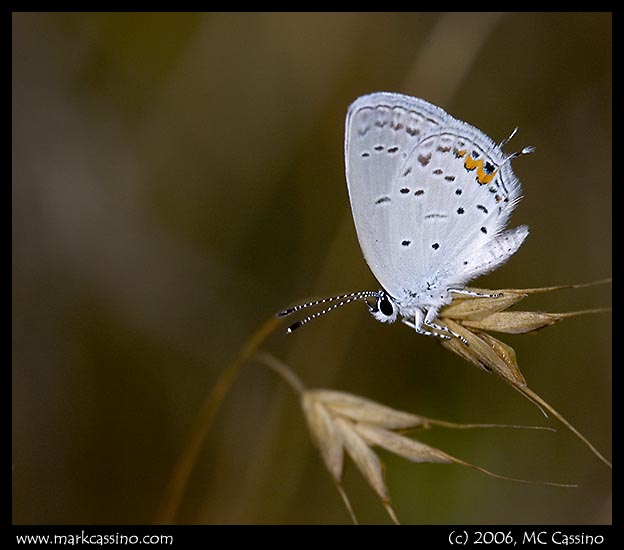 Walking back I saw a common garter snake, larger than I recall having ever seen one before. As I spent the next several hours in other fields in the drizzling rain, I saw several other garter snakes – I guess the moisture must bring them out.

I headed back along 126th Ave as the rain picked up. I figured that I could scout out some new areas and hopefully wait the rain out. I tooled around 126th, and then the Old Allegan Road, and found a few promising sites. I wound up heading back toward M89 on 48th street. I was disappointed to see that one of my favorite two-tracks heading back into the woods / savanna was now gated shut and barridcaded, so I decided to get out and walk in along the road.

Here I saw a lone Karner Blue flitting amid the dry grass stalks. I walked a ways along with the road, with just a light rain dropping, when suddenly a steady hard rain developed. I always keep a plastic bag in my belt pack (the kind you get at virtually every type of store these days) so I dropped the camera into it, and walked back through the rain.

At this point I called it a day and headed home – which work out well with the weather, as it would rain heavily for the rest of the afternoon. 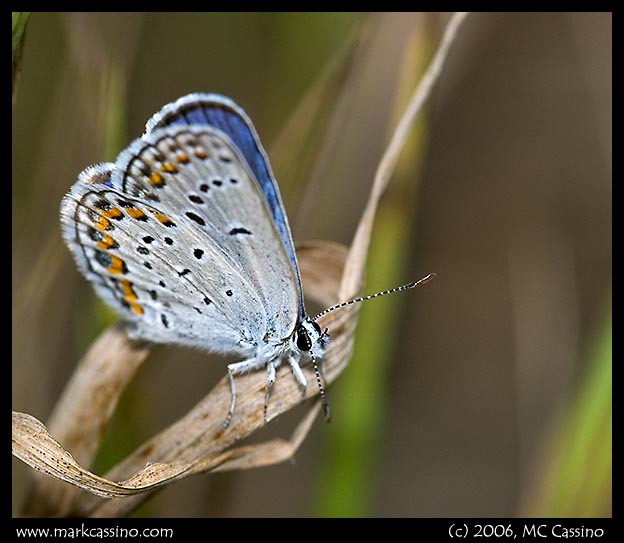 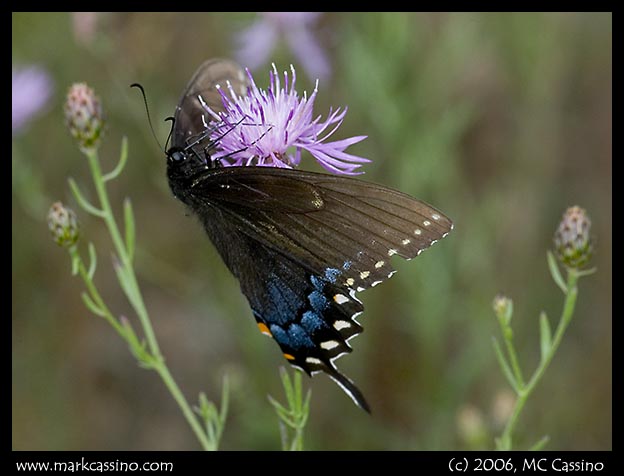 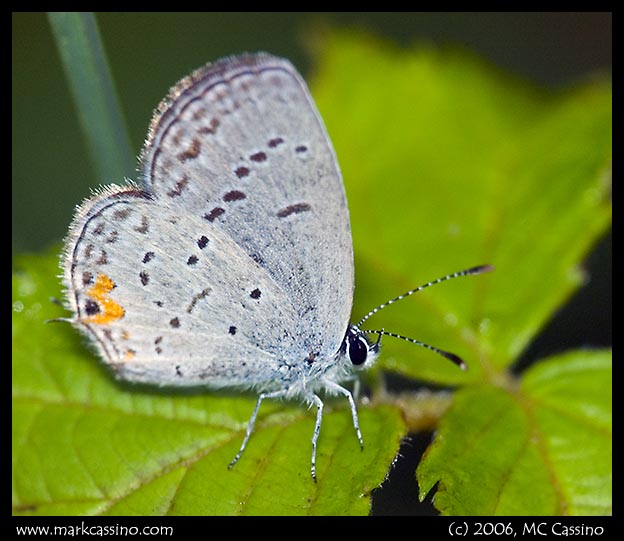 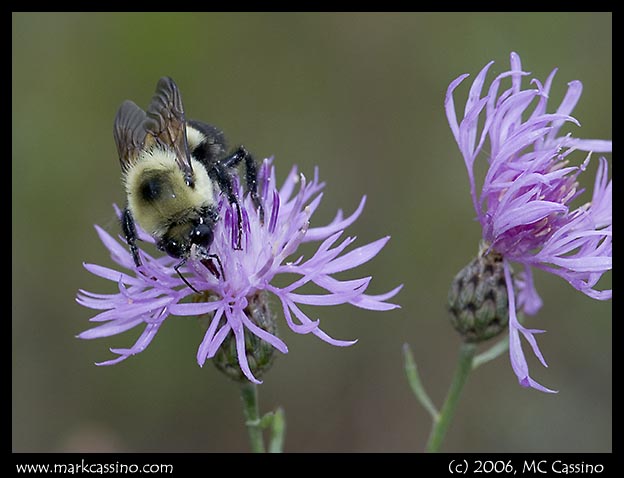