Yesterday was Labor Day – the unofficial end of summer. Unlike Friday, which was cloudy and cool, yesterday turned out to be a beautiful summer day – an ideal day for shooting insects. 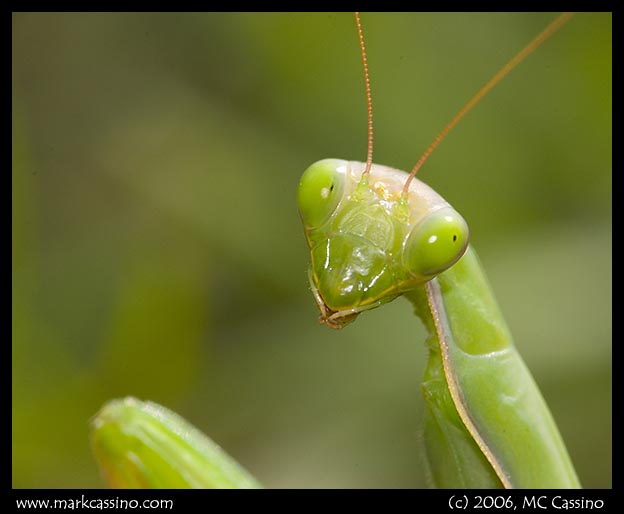 I was tempted to head out to the Allegan forest yet again, but I’ve been poking around in the Urban Dragon Hunters blog (urbanodes.blogspot.com ) which is devoted to tracking down dragonflies in non-pristine, urban areas.

OK – so the Allegan forest is far from pristine, but it is pretty remote and definitely not urban. But it also has not been terribly productive of late – so on this Labor Day I decided to visit the McLinden Nature Trails. Located just east of Kalamazoo, this ~300 acre park has proven to be one of the most productive areas for insect photography this year.

The Urban Dragon Hunters are pretty concerned with identifying the insects (primarily odonota) they find, and they seem to do a good job of it. After looking at their ID’s I decided to just stick with “Meadowhawk” for most of the dragonflies I shot on this outing. Heck – maybe I’ll just change over to calling everything “Insect” (it certain would save on the time it takes to set up the static web pages.)

Ah well – one of the first finds of the visit was a huge mantis who was lolling around on the grassy trail near the parking lot. This has been a good year for mantids – at least I’ve been bumping into them regularly. In Chicago I saw a downright enormous mantis buzzing between the cars on a very congested Michigan Avenue, and this evening (Tuesday, September 05) I cam home to find a good sized mantis clinking to the wall of my house. During the day yesterday several large mantises were lumbering through the grassy fields at the park. 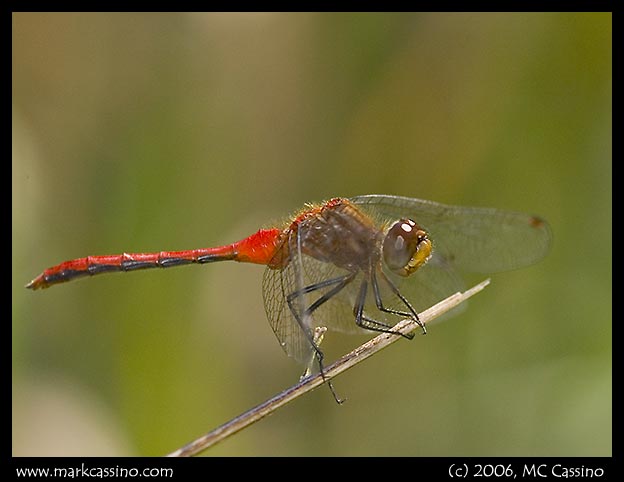 Anyhow – after snapping a few shots of the mantis on the path, I shooed it out of the way (it was likely to be eaten by a dog there) and kept looking for dragonflies.

There are a fair number of Meadowhawks flying around in the warm sunshine. A few perched on the dry grass blades or withered knapweed flowers. These are the red Meadowhawks of late summer – the red dragons that appear at the end of the Work. And its always a bittersweet thing to see the Ruby Meadowhawks and Whitefaced Meadowhawks. The females and immature are brownish gold in color – blending in with the dry late summer grasses more so than the pennants of spring, who stand out on the fresh green grasses.

The dry grass posed some new challenges in terms of getting good shots. Some grass stalks were pale to the point of being white, and created startling and distracting highlights in the backgrounds. While fresh green grass easily melts into a pleasing bokeh, the highlights made by the dead gray blades posed more of a challenge. 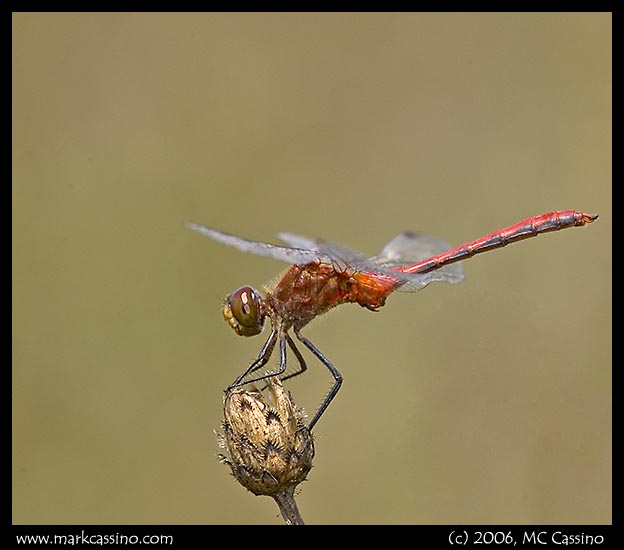 In addition, I used an alternative flash bracket that raised the flash an inch or so higher than the bracket I usually use. This is a more elegant looking design than the one I usually use, but ultimately threw too much light behind the subject and not enough onto it, making the background problems worse. Well, I deliberately designed the bracket to do that, so in one respect I was happy to see it worked.

Overall, it was a fun and productive afternoon. I wound up chasing a checkered skipper on the mowed grass trail, and never go a good shot. I noticed an entry on the Urban Dragon Hunters blog describing a meadowhawk sighting as late as November 7 last year – so maybe there’s more good weeks left! 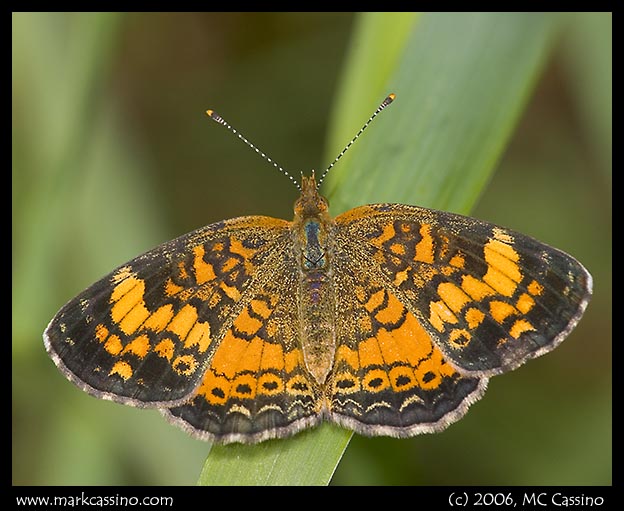 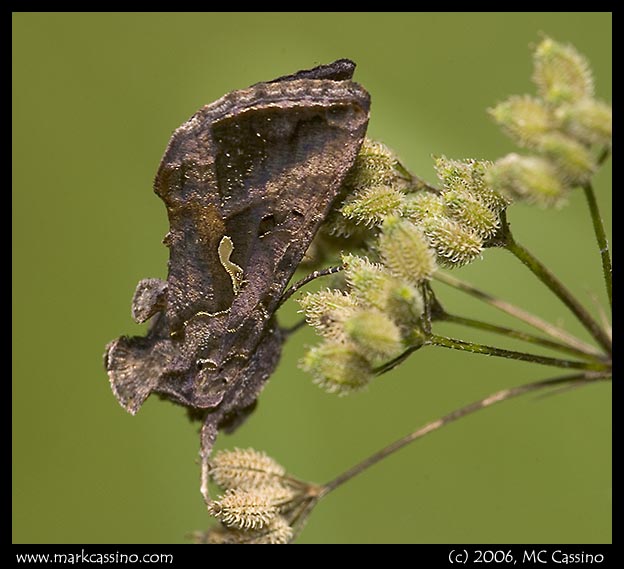 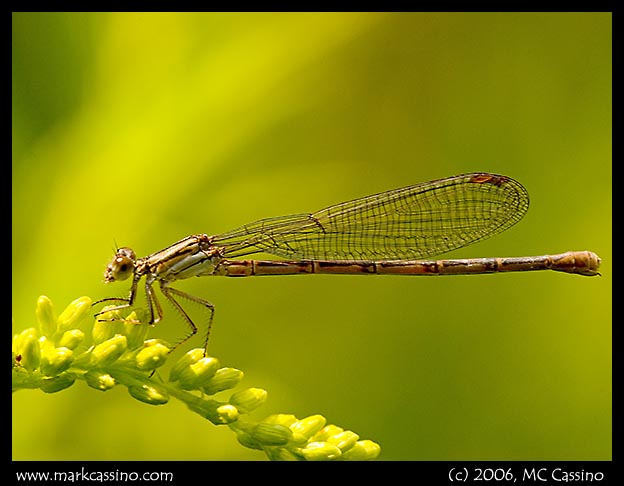 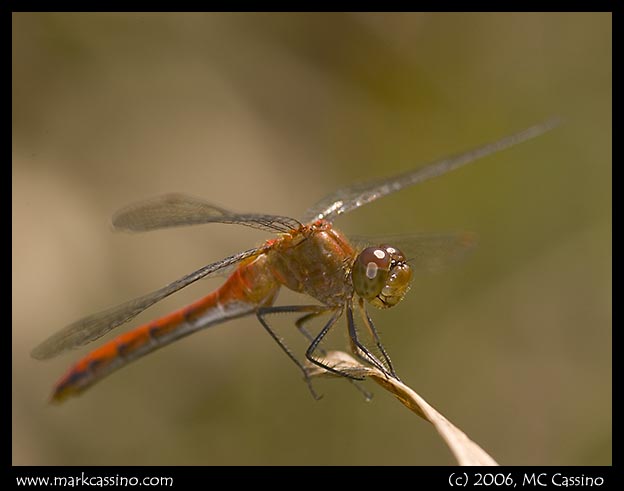 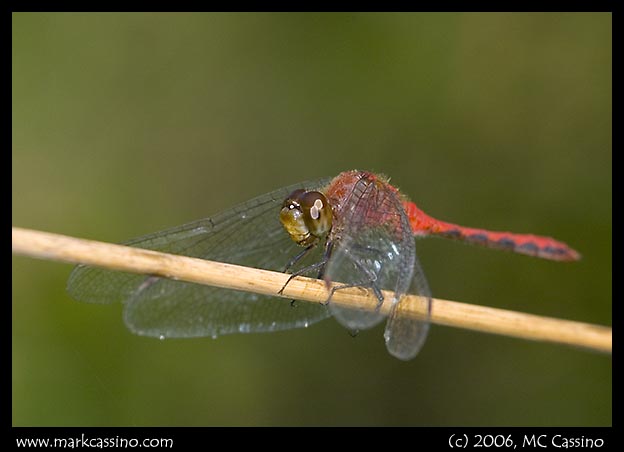 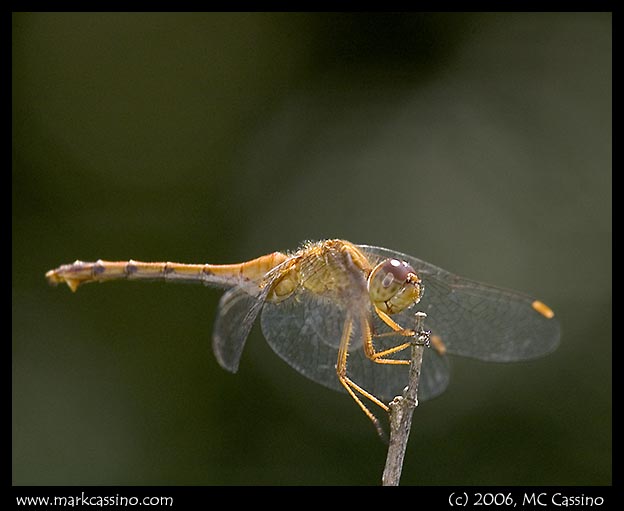 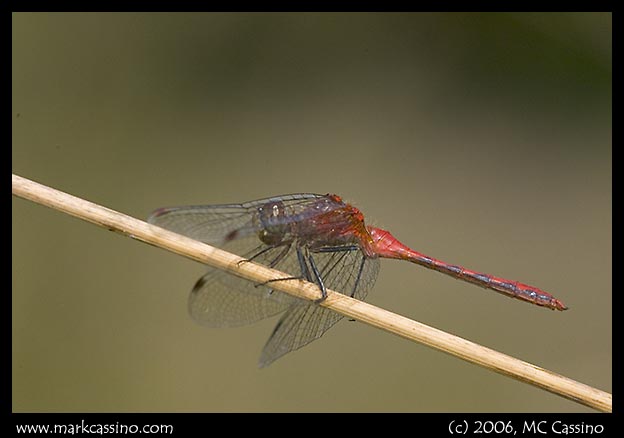 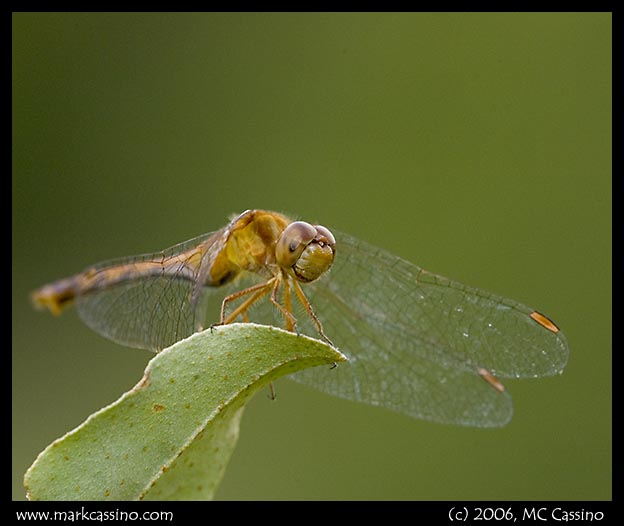 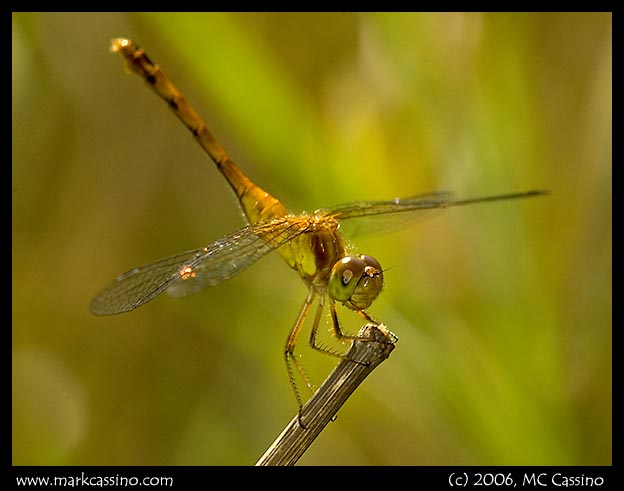 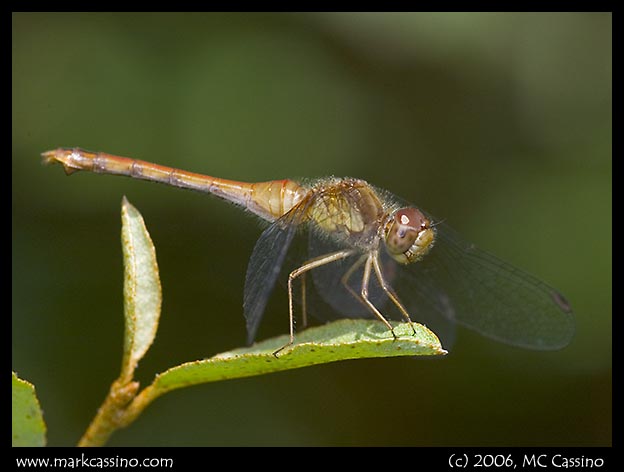 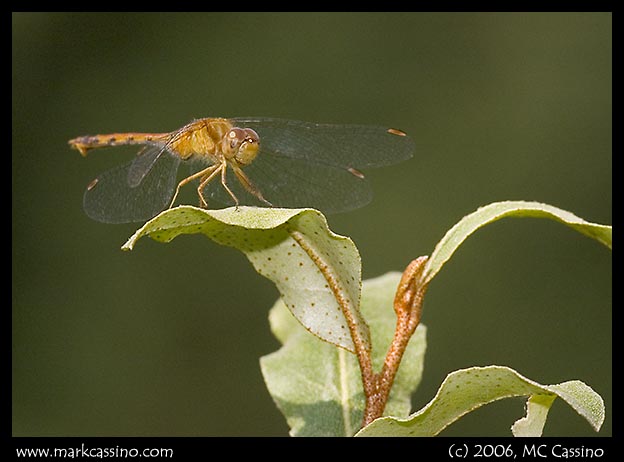 bugs. i call many of them bugs and consider myself brilliant for having figured out that much.

not sure where it’s filed, or what the year was, or the camera, but i have a “bug” foto, butterfly i think from sometime layer in a november or maybe even early december. i’ll prolly stumble on it again preetty soon.