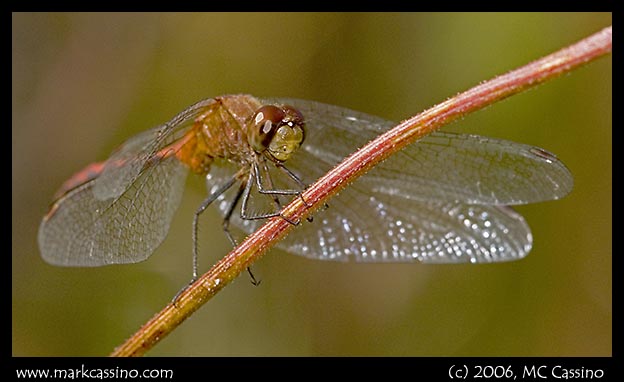 I spend a lot of time taking photos of insects, and as a result I feel a degree of simpatico with them. Whether shooting butterflies or robberflies, Insects offer a fascinating view of the natural world.

Yeah – well, with some limits. A week ago I discovered termite mud tunnels on a wooden partition wall in my basement. Fascination with the marvelous efficiency and organization of insects comes to a screeching halt once you see them literally eating you out of house and home!

So today the termite exterminator came, drilled holes in the floor of the house, and pumped some sort of chemical under the foundation. He says its safe – I have to believe that it’s safer than the chlordane that was used to treat the house 30 years ago.

Well, with pesticide fresh in the ground I can rest a little easier. But unfortunately the extermination visit took several hours in the morning, and my one chance to visit the Allegan Forest this week evaporated. So, in mid afternoon I headed back out to the McLinden Nature Trails, hoping it would again be productive. 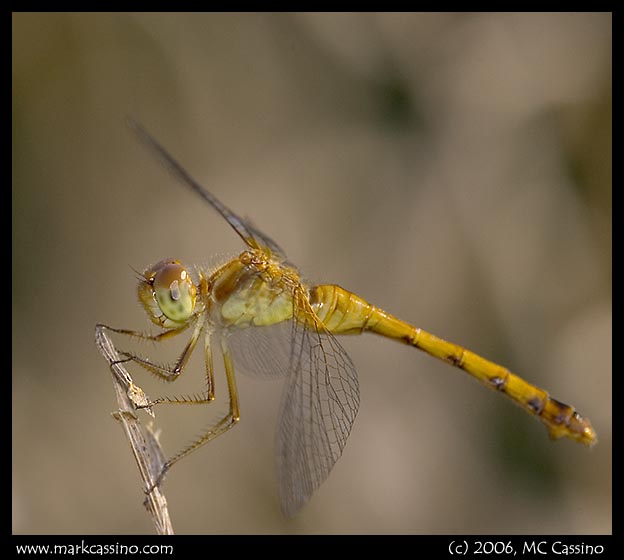 The many acres of rolling hills are now covered with brown grass. A few large darners hovered over the grassy fields, and one or two saddlebag dragonflies were in the air. But overall, the red Meadowhawks were the most prevalent – with the bright red males and brownish females darting through the grassy fields.

While they are not particularly rare, it was a pleasure to chase and photograph these late season dragonflies. It was a breezy day – for a short while it was quite gusty – and that kept the dragons flying frequently and low.

This weekend will be busy with other stuff, and with a couple new exhibits coming up I’m not sure when I’ll next get the chance to chase dragons – but hopefully a few more sessions are still in store this season. 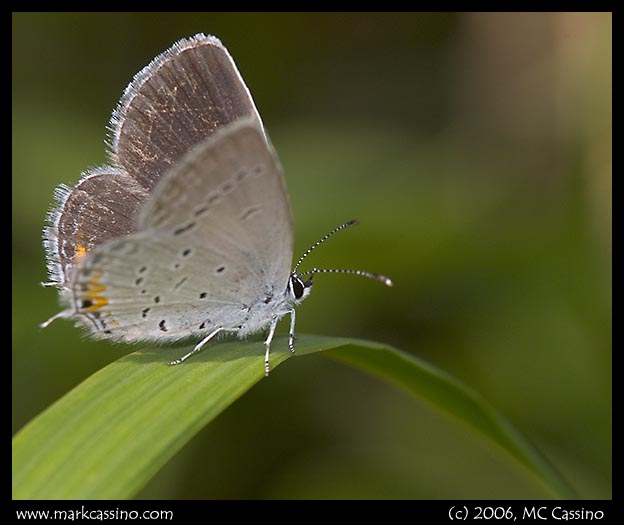 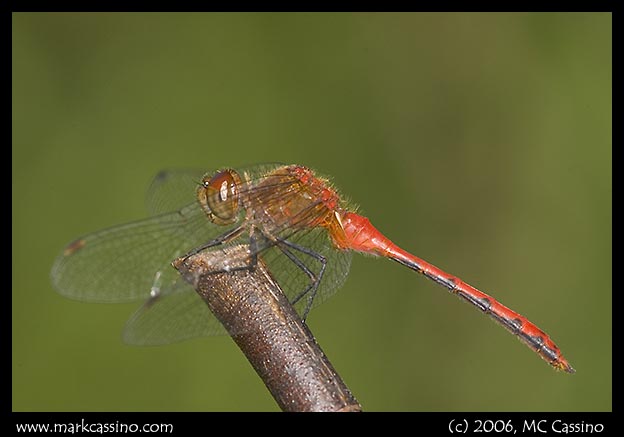 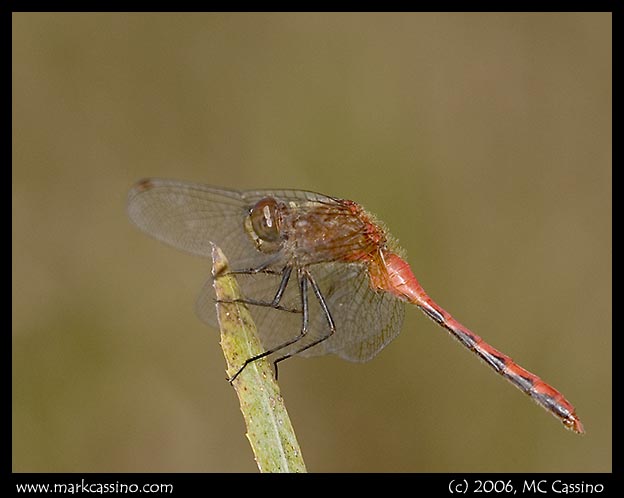 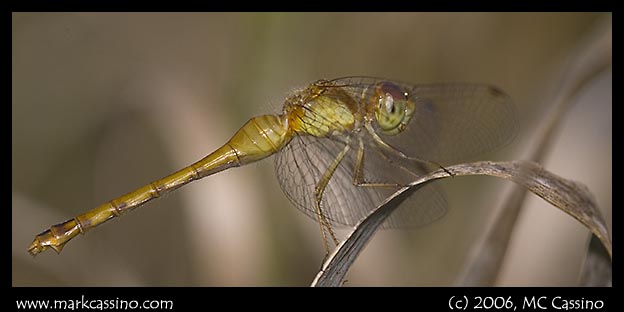 i love the little bugs and beasts. til they become inconvenient or harmful in my space, at which time… pretty much the same rules they use.

here’s my prayer for extended dragon and whatever chasing time. and maybe butterflies. i’ve seen no more than ten monarchd this year (crosstown ponds had more than that last year) and five swallowtails. maybe it’s just my weak timing.

so where and when are these shows you’re involved with?

Speaking of shows and preparing for exhibits, any chance that we can get a blog entry on that very subject? I’d be curious to know the details like what size print you typically display (if there *is* a typical)… standard musuem frame, or something more artsy? matt or no matt? etc. I remember you mentioning many moons ago that you cut your own matts… but things change. Maybe you could give us a snap of a ready-to-hang piece in the blog. I’d love to see how a displayed Cassino looks. In short, I’m trying to pick your brain here, Mark :o) I think it’s time for me to finally move past the epson 11x14 prints, and so I guess I’m looking for some direction. Thanks! Now go shoot some more bugs before the snow comes.

I like that philosophy - “play by their rules.” I think the termites have gotten the message at least.

About shows - I’ll be doing a show at Hospice Care of SW Michigan for the October Art Hop Downtown - its on the Mall by the Museum and the Kalamazoo Center. (222 N. Kalamazoo Mall.) I just scoped out the space last night - I’m aimig for 25 to 30 pieces (we’ll see…) That’s the first Friday in October - 10/6, 5- 9. Stop by if you are downtown.

I’m putting up the snow crystals at the Pierce Creek Center sometime soon. Maybe this Friday if I get it togeher, maybe in Ocotber if I miss the chance this week. They will be up till March.

Does it really snow down there?

Thanks for the suggestion on the topic - I’ll try to cobble something together. I still cut my own mats and frame in fairly generic black metal frames. Mat cutting is really simple once you get the hand of it - just get a cutter and have someone show you how, then cut away. When the pile of mis-cut mats is knee high, you’ll suddenly stop making mistakes…