T.S. Elliot may have felt that April is the cruelest month, but I have to respectfully disagree. I spent a good chunk of the day today out working the emerging woodland wildflowers in Southwest Michigan. Today, at least, April was far from cruel. The warm temperatures brought the wildflowers out to their early glory, hinting at the full splendor yet to come. Walking into the woods at early morning, a small band of white tailed deer drifted alongside me. Although they were several years away with lots of trees in between us, they seemed particularly tame for deer in an open hunting area. Maybe they’ve figures out that hunting season is months away… Aside from the Hepatica, Bloodroot and Spring beauty have made their appearance. I ultimately found myself reflecting on the similarities of shooting these little wild flowers and shooting snow crystals. In both cases, the challenge is to present an intriguing natural form, one that all too often gets overlooked. 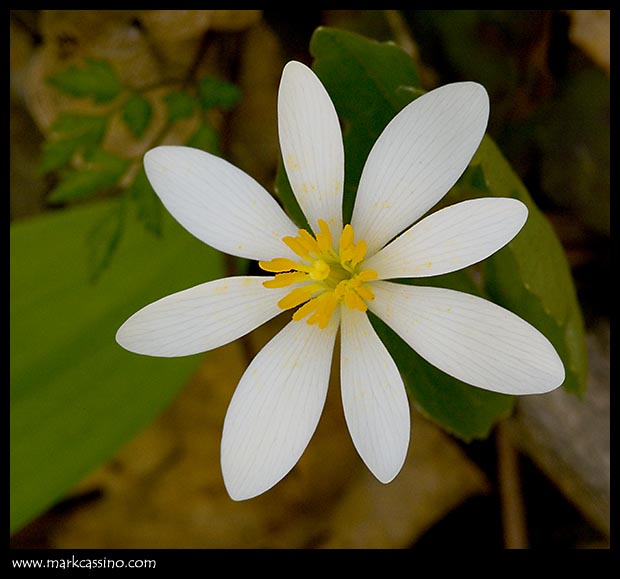 As with snow flakes, no two wild flowers are exactly a like. And, technically, the challenge in capturing both subjects lies in the selection of the individual specimens, and the lighting of the shot. In the case of snow crystals, lighting is accomplished by manipulating the flashes and filters that go with the “studio” lighting setup – if you can call an unheated garage a studio! With wildflowers the challenge lies in lighting with reflectors and diffusers. Most of these wildflower shots are taken with direct sunlight filtered through a diffuser. A gold or white reflector is used to direct some light horizontally across the subject, in order bring out surface texture and detail. The setups sometimes require pretty elaborate contortions – holding both the reflector and diffuser in place, while focusing and firing the tripod mounted camera at the same time. Adding to the challenge is the incessant breeze, that seems to keep these little flowers perpetually in motion. 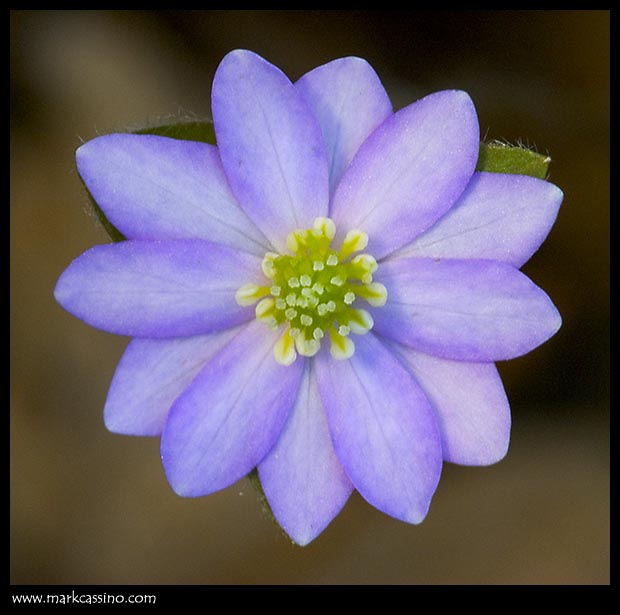 My original plan for this spring was to try to do more work showing the whole plant in its environment. A few shots turned out that way, but ultimately I found myself striving to isolate the flower, to present it as an object of design and structure. When i got home, I pulled Karl Blossfeldt's Natural Art Forms" down from the bookshelf. Working in the field is a completely different experience. His work was done entirely in the studio, and gained a lot of it's effect by portraying botanicals in a stark, plain setting. But his work also provides inspiration to explore the structures of botanical subjects, not merely as an act of documentation, but rather to record the inherent sense of design found in these subjects. I guess that’s also the underlying theme and rational for photographing snow crystals. 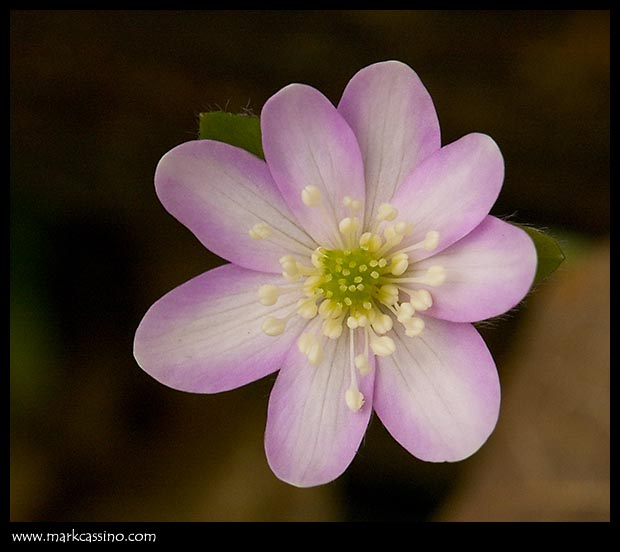 As always, click on an image for a link to a larger version. The work today was all digital. In my opinion, digital is unrivaled for macro shooting, so I just left the medium format gear behind and shot exclusively with the *ist-D. I brought a passel of CF cards and an X’s drive with auxiliary batteries to capture the day’s work.