Yesterday – Good Friday – I had the chance to go out and take another crack at spring wildflowers. I had last gone out shooting woodland wildflowers on Monday, and so just over three days had passed since I was last in the woods. It’s amazing how fast things can change in just a few short days. The blue hepatica were mostly gone, and Spring Beauty was now everywhere. On Monday I saw one or two Spring Beauty Blooms, so I must have been in the woods just before they all decided to burst out. I had taken a closer look at the Blossfeldt book, Natural Art Forms and was more interested than ever to capture the isolated blossoms, trying to highlight the detail of design and color inherent in each. So I put much more emphasis on that, than on environmental portraits. Unlike Blossfledt, I was not interested in working in a studio setting, and rather wanted to take the shots in the field, using the available light, and not destroying the subject while photographing it. Seeing the very short window of time for the blue hepatica made me feel better about last spring, where I missed them entirely. I’ve seen years where they have lingered on for a couple of weeks, but apparently with the right weather they come and go in a heartbeat. Here’s a photo of a blue hepatica, petals now fallen to the ground. Apparently, that’s what happened to all the other thousands of them in the last few days. Spring beauty is a wonderful wildflower, and truly lives up to its name in the beauty department. But, I have to say it can be a bit boring to work with. Unlike the hepatica - which offer up a myriad combination of colors, petal shapes, and even petal numbers – Spring Beauty is a pretty consistent plant. The are subtle differences in the stamens between new blooms and those that are a little older, and some variation in petal shape, but not enough to make each subject feel fresh and interesting. Fortunately for me, there were still some hepatica around. Most of them were white, but a few had a wash of blue or magenta in their petals. 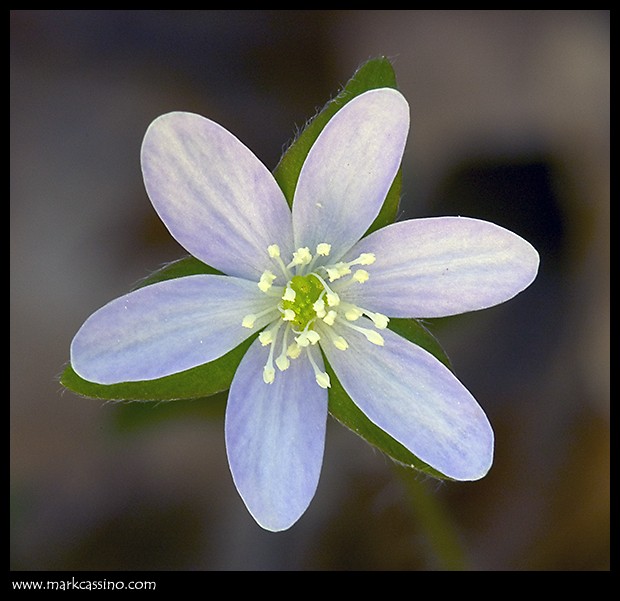 But more exciting, was the emergence of other wildflowers. The warm, wet weather has helped many wildflowers move along, and the diversity of subjects between Monday and Friday has increased dramatically. Trout Lilies are now beginning to bloom, though I a remain as frustrated as ever trying to photograph them. False Rue Anemone has also made it on the scene. Again, like Spring Beauty, the variation between individuals makes this a difficult flower to work with in terms of getting a fresh perspective. 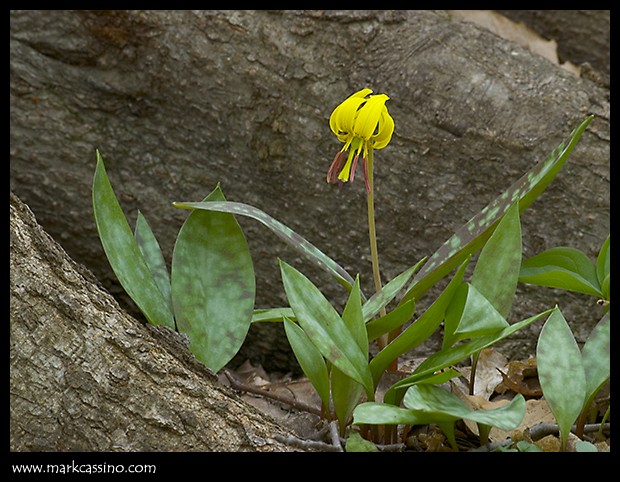 Bloodroot has also come on with a vengeance. A few days ago I saw a few emerging buds, but now the plants are in their full glory, or even a little past. I expect that they will be gone for the year by next week. And the big surprise of the day was the emergence of the first Trillium. Trillium is one of the later emerging wildflowers, and it signifies (to me) the peak of the wildflower season. Barring a spate of cold weather, the Trillium will probably peak in the next week, and after that the local woodland wildflowers will start to fade for another year. Of course, I visit a handful of locations, all very close to one another. Locations to the north generally run a few weeks later, and those by the Lake run later and slower still, since the temperatures there are cooler and slower to change. 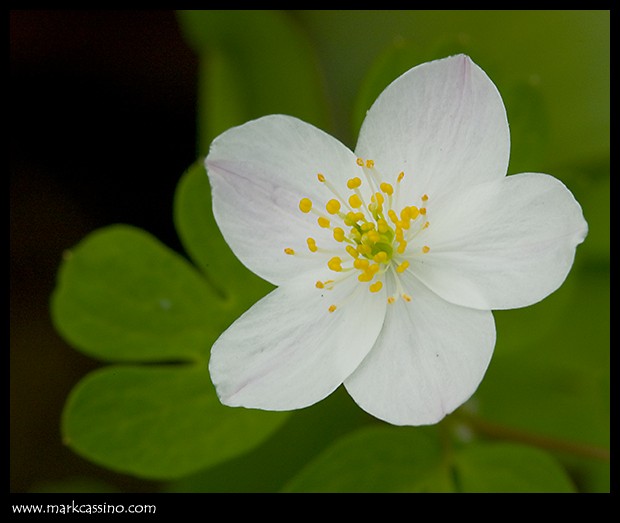 But still, It’s amazing to see the spring wildflower season come and start to peak so quickly. Yesterday’s visit was fun and productive – though it was very warm, the high overcast clouds made of a duller, flat light, with fewer options for use of reflectors and diffusers.
Technical details about these photos: taken with pentax *ist-D, ISO 400, SMC A* 200 f4 macro.