Yesterday I ventured into the Allegan Forest. With 80 square miles of mixed fields, woods, wetlands, and oak savannas, it’s a great nature area. It’s the home of many species of wildlife, and white tailed deer, wild turkeys, coyotes, and numerous birds abound. 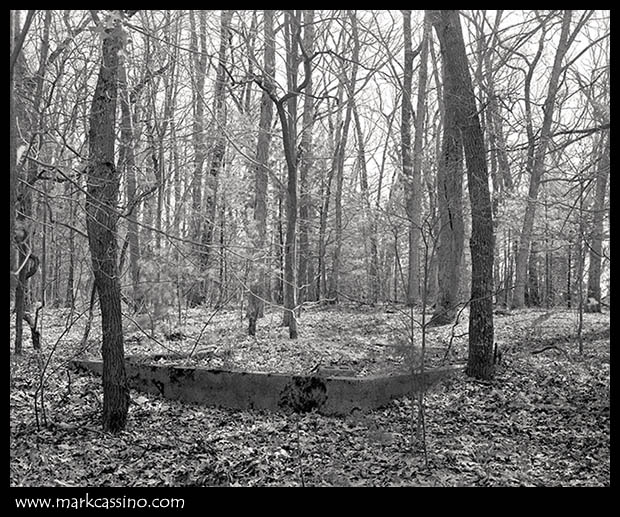 On the flip side, it’s a somewhat unusual area – not nearly as pristine or wild as many other parks or forests. I’ve never researched the history of the area, but I’ve been told it is a patchwork of old farms and homesteads that failed in the early 20th century due to the poor, sandy soil. At any rate, you’d be hard pressed to find a large, old tree anywhere in all the 50,000 acres (at least I haven’t found any yet.) Instead you wll find acre after acre of mid sized trees, clear cut areas with barriers for hunters, remnants of hunting blinds and perches, and omnipresent spent shells, beer cans, and animal bones. 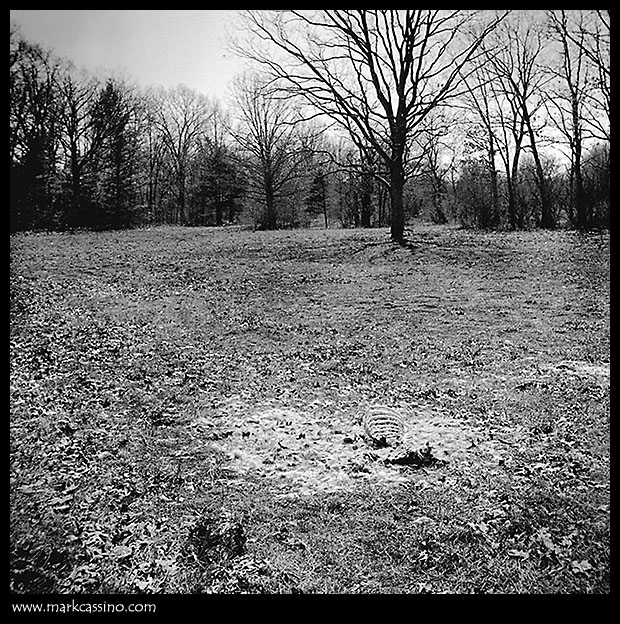 It was slim pickings for wildflowers yesterday, though I was happy to find the ruined foundation of a small building tucked up on the top of hill near Swan Creek. That kept me busy for a while, working the area with the Pentax 6x7 and a roll of old Tri-X 320.  After hiking around Swan Creek and going on a few wild turkey chases (still looking for a good shot of one of those guys) I headed down to the Ottawa Marsh, looking for wildflowers. While the fields and oak savannas provide excellent habitat for late spring Lupine and summer Coreopsis, its slim pickings for hepatica and other wood land wildflowers (at least compared to areas about 30 miles south.) One area that does have some interesting wildflowers is the Ottawa Marsh. There, along the edges of the marsh, I found some white trout lily, the first shots of these plants I’ve gotten in my collection. Shooting them was a challenge – high gusty winds and brutal made it doubly awkward to hold a diffuser in place and get a shot of the flowers in those still moments between wind gusts. I’m not crazy about the photos of the lilies – I should of gotten a better angle on them in order to bring out the curve in the plant’s stem. But it was still a good day for getting a new subject, and reconnecting (after a long winter) to a great shooting area. 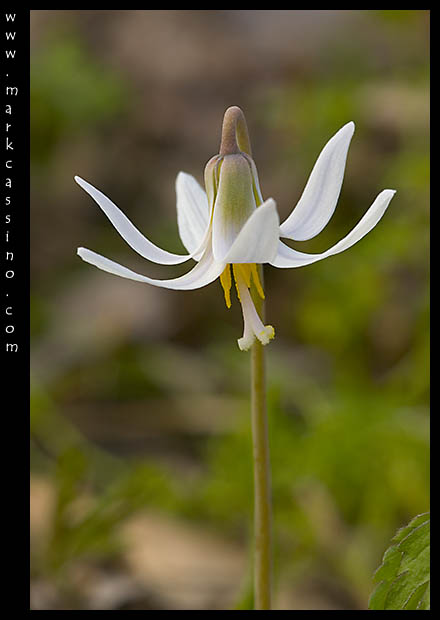 This entry was posted by Mark C and filed under Photo Comments, Wildflowers, Landscape Photography.