Exuberance is a great thing, but sometimes it leads you to do nutty things. 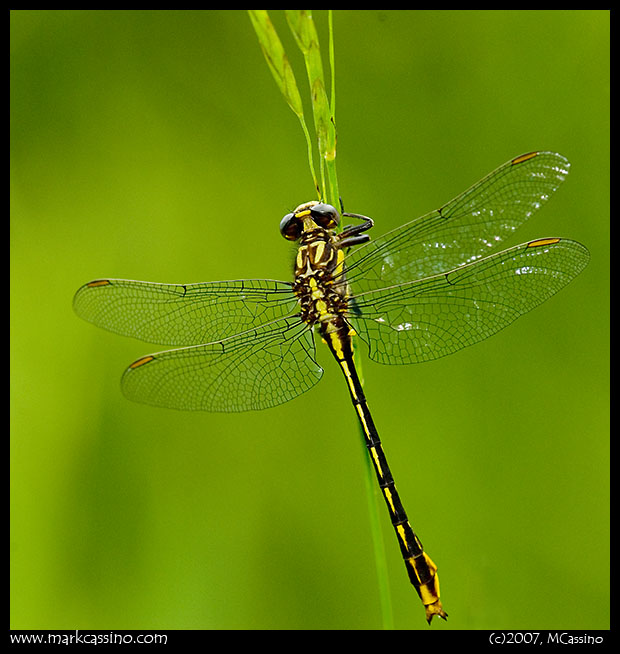 Until a few days ago I was quite exuberant about seeing periodic cicadas here in Michigan. The emergence of these insects got a lot of press coverage, and it looked like southwest Michigan was in for a rare treat. I had seen the brood XII emergence in Washington DC a few years ago, and was hoping for something similar here.

No such luck. As it turns out, the periodic cicadas apparently aren’t to be found here in Michigan. My trip to the Allegan Forest a couple of weeks ago was exceptionally mis guided, since even the erroneous reports of the cicadas didn’t show them that far north. Well, I based my decisions on what I read in the newspapers – no wonder I missed the mark….

Yesterday, fresh back from North Carolina, I was planning to head out to the Dowagiac Woods, Warren Woods, Russ Forest, and other areas in SW Michigan – Cass and Berrien Counties – in hopes of finding some of these insects. But after reading Mark O’Brien’s account of his search in the same areas in his Six Legged Wonders blog. Well, if one of the state’s leading entomologists can’t find them there, they probably aren’t around to be found.

And yesterday was a cold, clammy, cloudy, and crappy day anyhow. Nonetheless, by mid afternoon I shook off the lethargy the comes from two days of non-stop driving, and wandered over to the McLInden Trails to see if any dragonflies were out.

I was treated to a real abundance of early summer dragonflies! They were out in force and despite the cool temperatures were pretty active. As often found on cloudy and cool days, they tended to perch down low to the ground, which made getting clean shots a bit difficult. But I’m happy with the shot of the Plains Clubtail featured here.

Aside from some interesting dragonflies, another treat of the day was a Mantidfly – which looks like a cross between a Mantis and a Wasp, but is actually a member of the Neuroptera order which includes lacewings and ant lions. Fascinating insect and while not a rare find, certainly a new find for me.

Technically, it is interesting to see how different lighting situations require adjustment. In bright full sun I happy click along with the flash unit set to zero compensation. But in the low light situations like yesterday (ambient light readings at ISO 400, f16 resulted in shutter speeds of 1/20th to 1/45th of a second – 3 to 4 stops less than what you’d expect in full sunlight) I found that I had to dial in a good deal of flash compensation. The clubtail was shot at -2 stops, and most other shots were at -1.5 or -2.0 stops flash compensation. Just shows that you have to be flexible, check exposures, and adapt to the situation as you shoot. 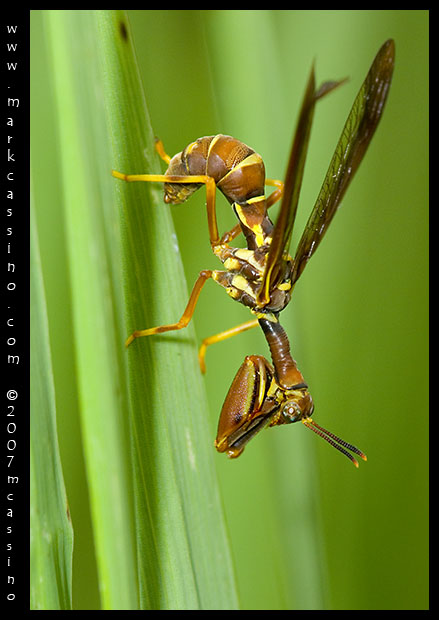 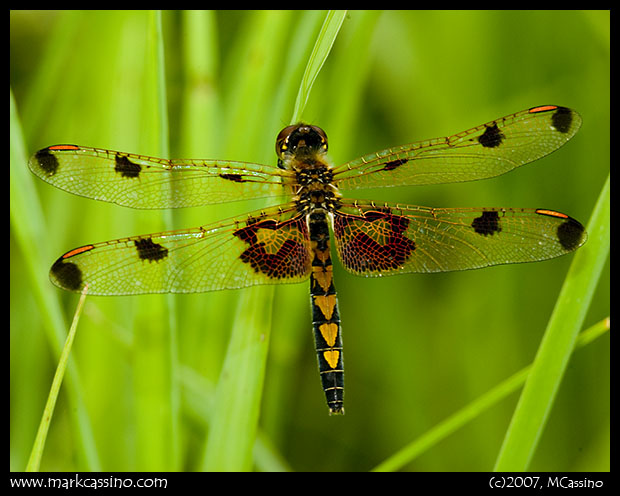 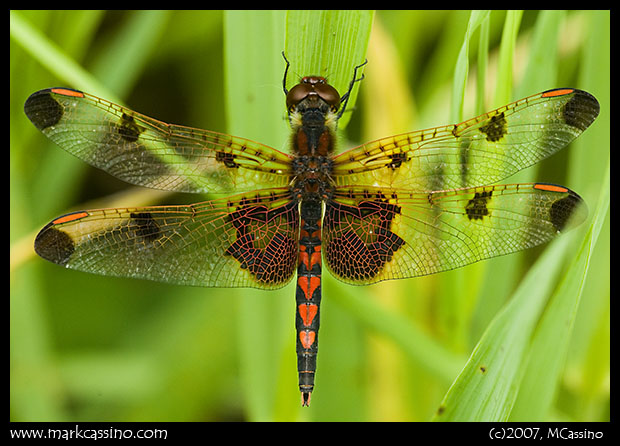 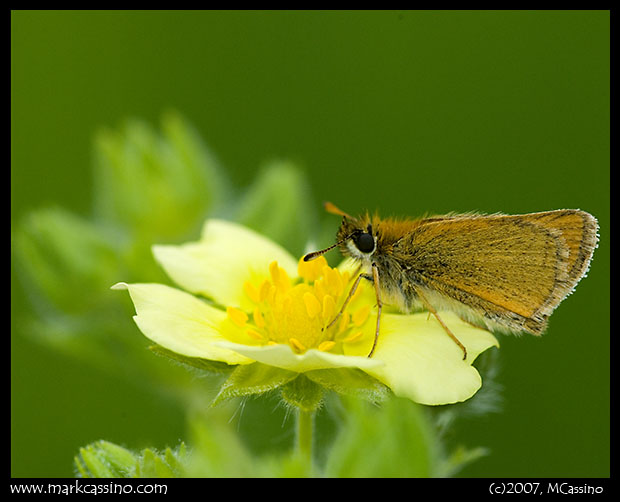 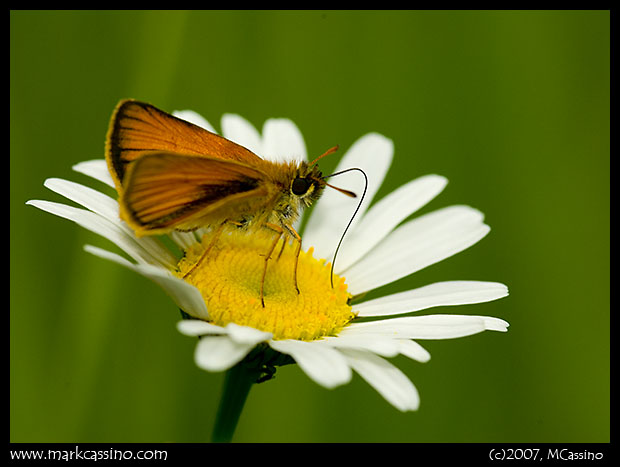