After talking about macro photography at Grand Father Mountain last weekend, I’ve been all the more keen on getting out into the field and actively shooting the dragonflies and other insect subjects that are now out in force. 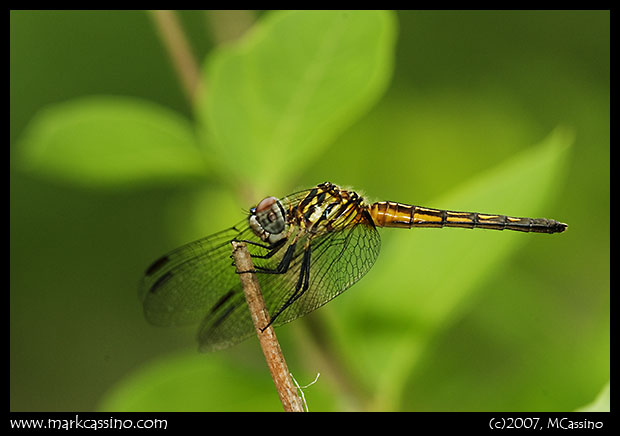 So on Friday and again today (Monday) I headed out to the Allegan forest, looking for dragonflies and other interesting subjects.

Things started out slow on Friday. We’ve been on a weather roller coaster these last several days – when we returned from North Carolina it was dark, dank, and cold. That was on Tuesday – by Thursday temps soared into the mid 90’s, but then plummeted in thunderstorms and clouds that night.

When I headed out Friday morning the skies were still cloudy and overcast. I had woken up at 3:30 am that morning, and checked the weather channel – which reported a temperature of 75 with high humidity. As I drove northwest to Allegan, I passed through a front and the weather underwent a major change – temps dropping to the low 60’s in the span of a few minutes. The hazy humid over cast skies changed to clear blue, with high clouds and strong winds.

It apparently had rained – really rained – just before I got there. The trees were dripping wet and the sandy soil, which usually passes rain water very quickly, was damp with a few lingering puddles.I hit a few favorite places – the coreopsis field off 46th street was in full bloom, looking as glorious as ever, but devoid of butterflies and dragonflies. 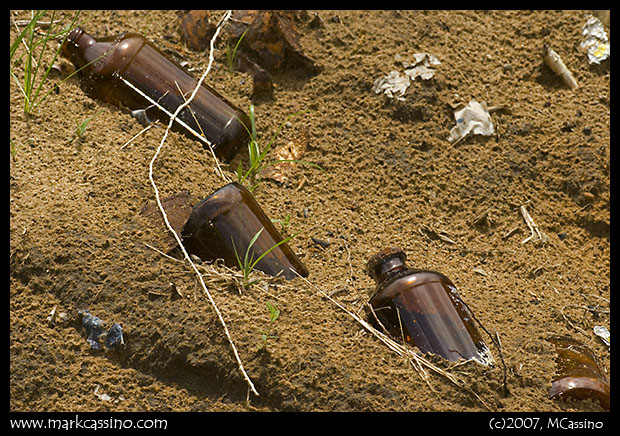 As a result I headed down 126th street towards Swan Creek. I drove by the recently clear cut forest and headed down a two track to an area where dragonflies, orioles, and other great subjects can usually be found. It’s an unusual place – you take the two track back a ways into the woods and come upon a circle up on a small hill. Guys come here and rip around, doing doughnuts in the sandy soil. As a result the circle has a pretty deep trench worn in it, and it looks a like some sort of UFO landing zone.

Nonetheless, the dragonflies and other insects were out in force here. As an interesting side note, the side of the sandy trench collapsed in the rain, revealing a stash of old stubby necked beer bottles (unfortunately empty – though one still had a rusted cap on it.)

So who came out here 25 years ago and buried their beer bottles? Well, you never know.

After visiting the go round I made my way down to Swan Creek, which was positively swarming with dragonflies. I also brought the pinhole camera, and took a d few landscape shots while there. 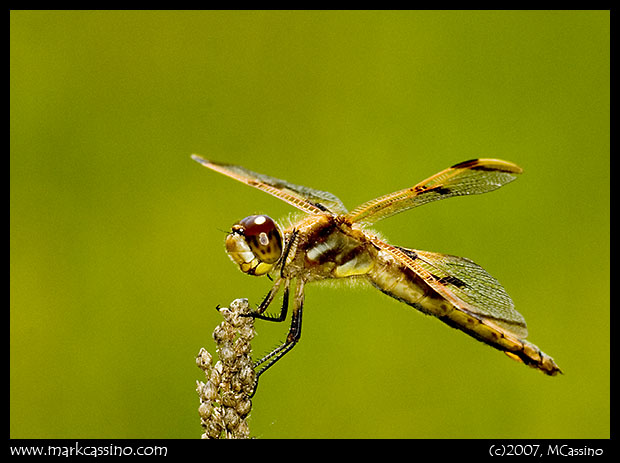 Today brought more temperate and mild weather. I let early and decided to take a new route into the Allegan Forest. After all – it’s 80 square miles (45,000 acres) and I keep visitng the same old places. So I just picked a random two track and headed into the woods a ways, parked when the road ended, and was rewarded with a gorgeous valley full of coreopsis and other wildflowers. I followed a path through a maze of honeysuckle bushes, and in and out of some wooded areas. All very rich areas for photographing insects – lots of dragonflies, and a few large butterflies.

After a few hours in this area I headed back to some familiar places. First was the old farm stead, probably my favorite place in the whole forest. Here again was an abundance of dragonflies, and I also found a maing pair of bee killers – a somewhat rare find. 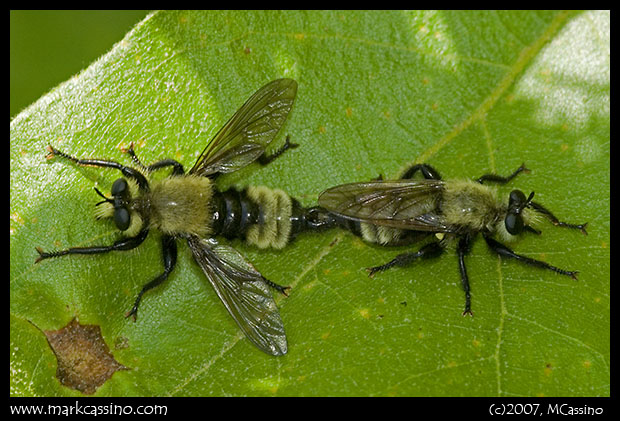 The marsh at the far end of this clearing (the overall clearing is probably 100 to 150 acres) is a marsh that had been drying these last few years. Last year I walked all through the marsh – just one small mucky puddle of wetland, only about 10 x 20 feet in size, remained. This year there is at least 5 acres of full blown, see the water, wetland. The bull frogs were poinging and the sky was thick with dragonflies, I managed to get a nice shot of a blue dasher, but most of the dragons stayed out over the water.

From there I wound up back at the coreopsis field, where I started on Friday. By this time the afternoon breezes were picking up, making it harder to get sharp shows as the subjects bounced around. I spent some time with a very cooperative 12 Spotted Skimmer, trying to get a decent shot of the dragonfly with the yellow coreopsis flowers in the background. Well, the results were so-so.

Overall, these were a couple of good days of shooting. I have other work to do now, and probably won’t be back into the woods till the end of the week. But these few sweet weeks of summer make for great days of photography.

More photos from these two trips: 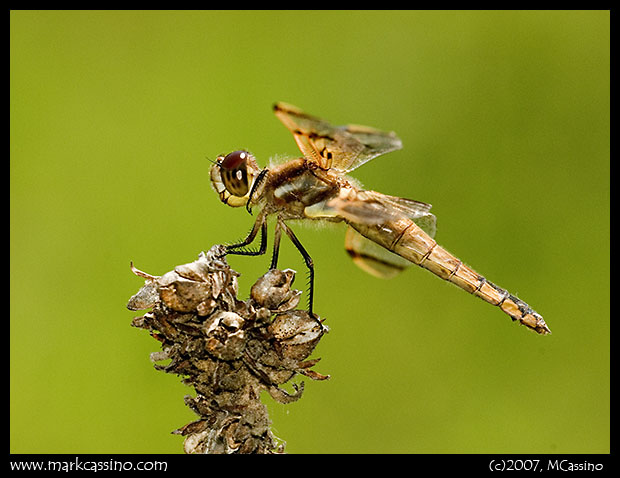 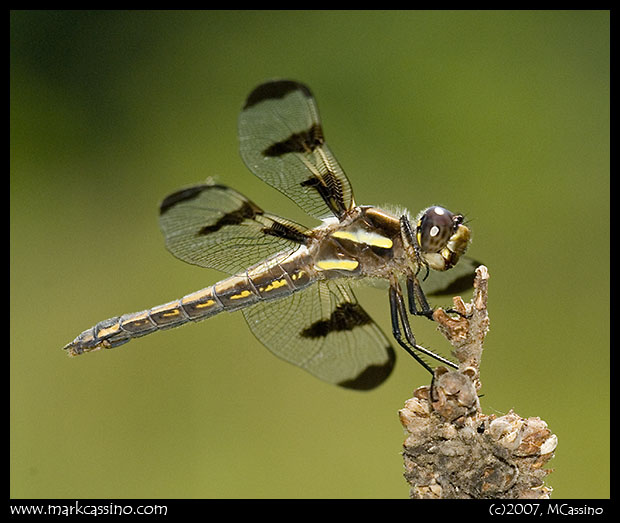 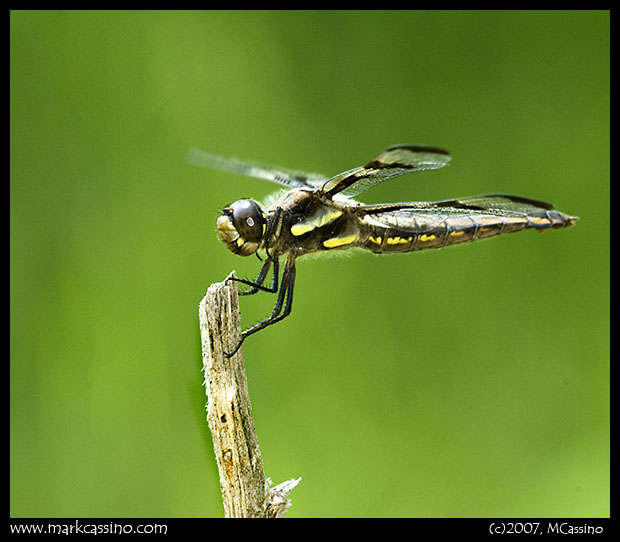 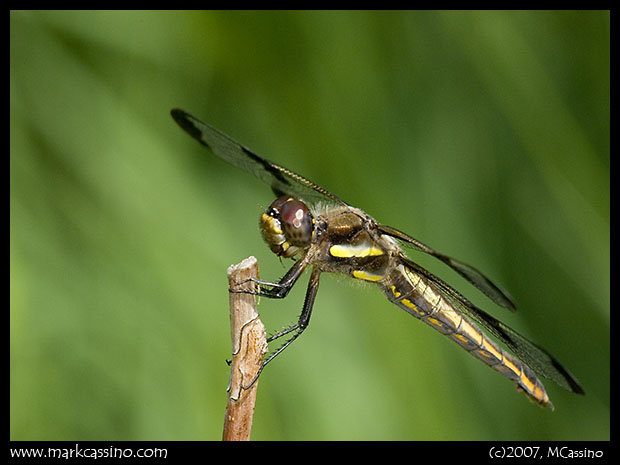 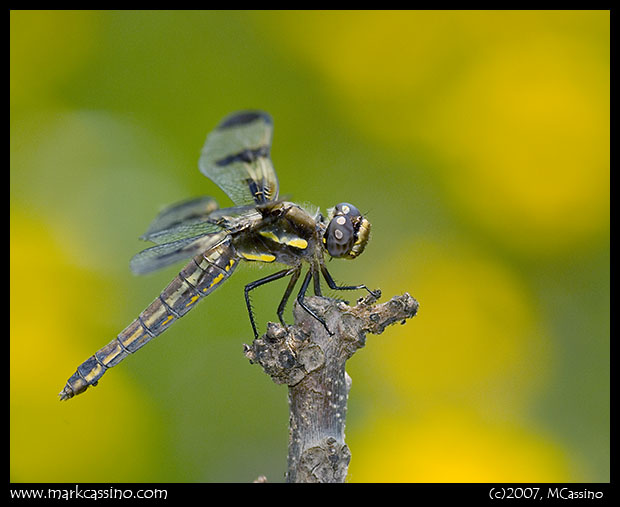 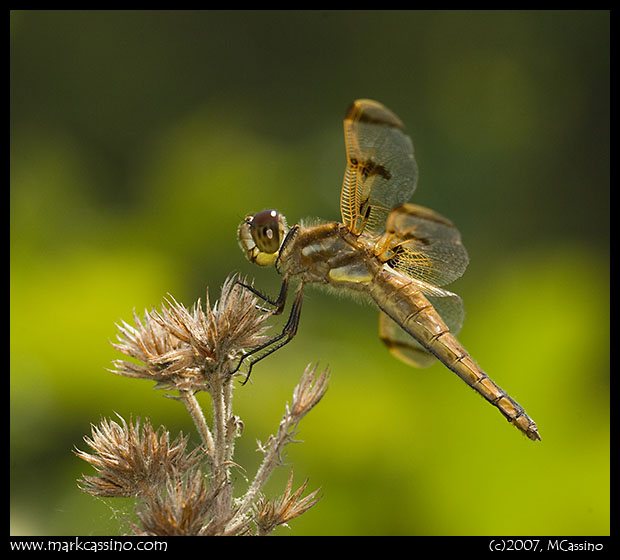 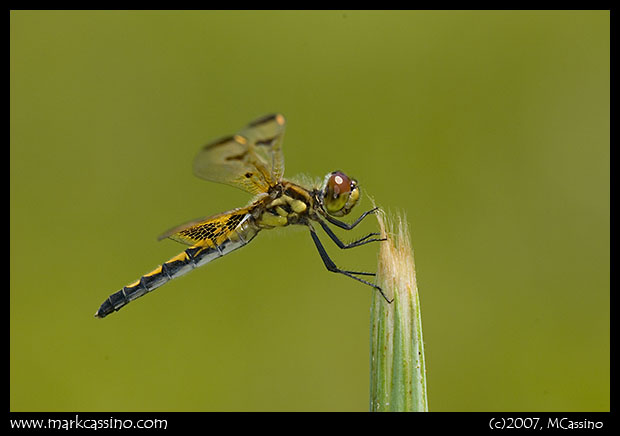 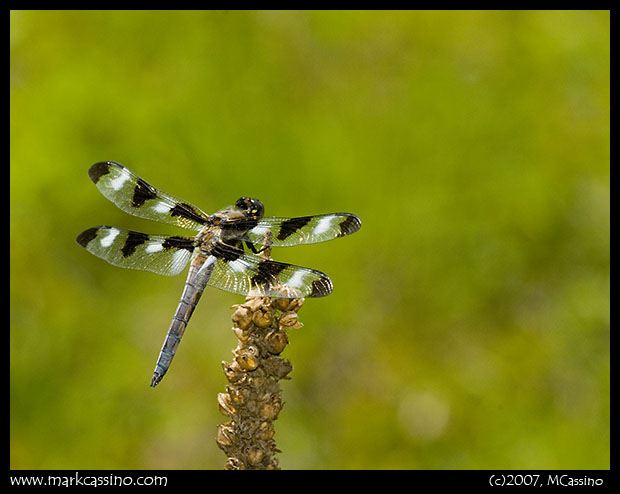 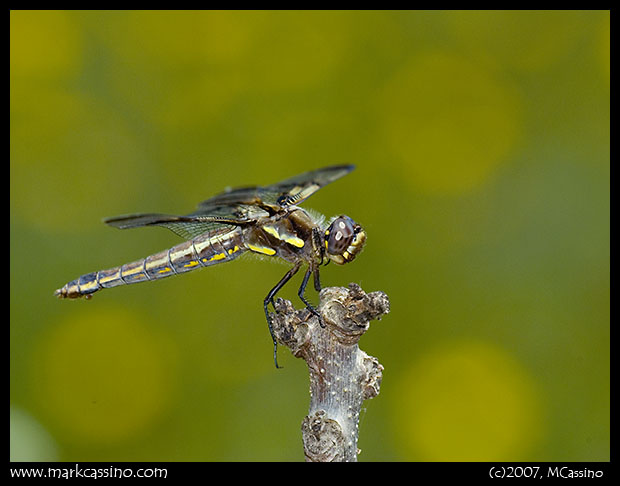 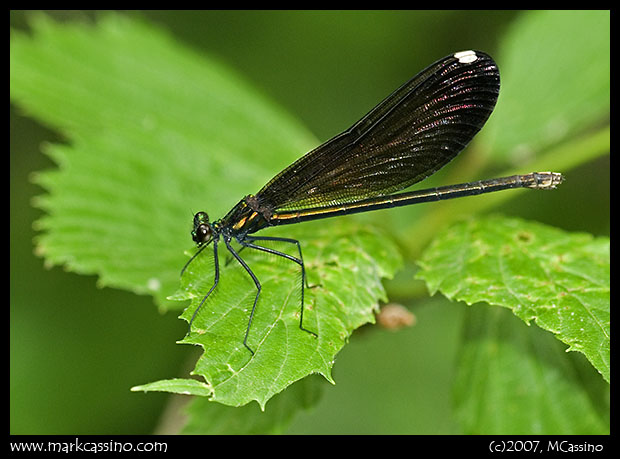 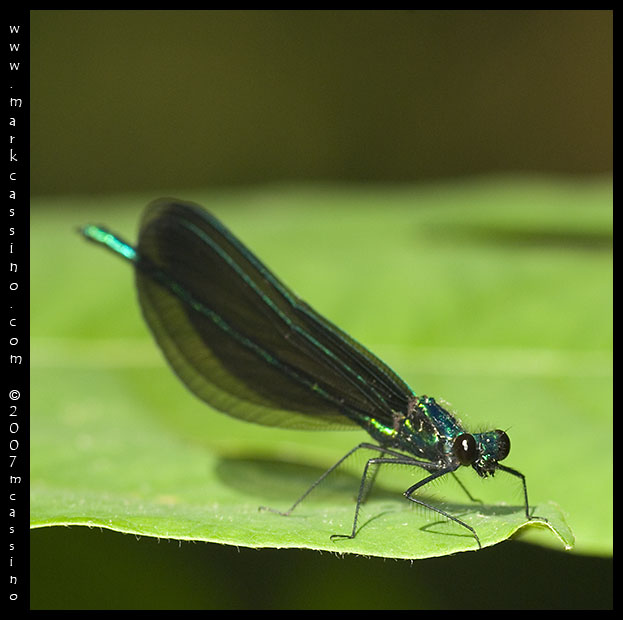 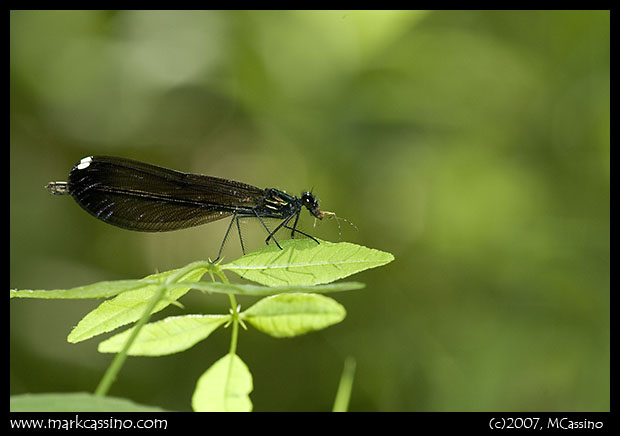 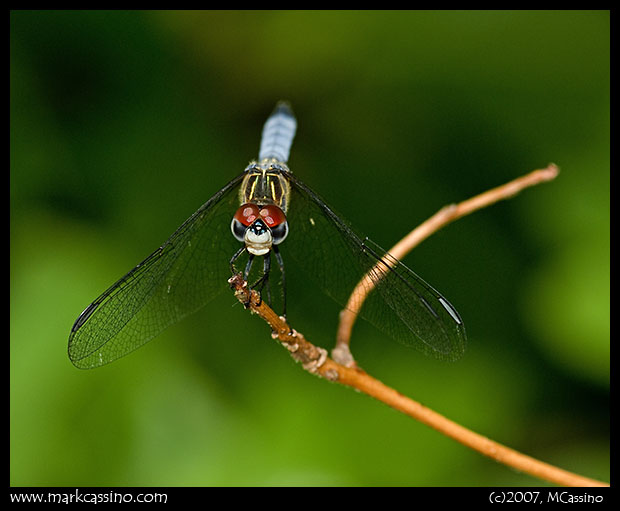 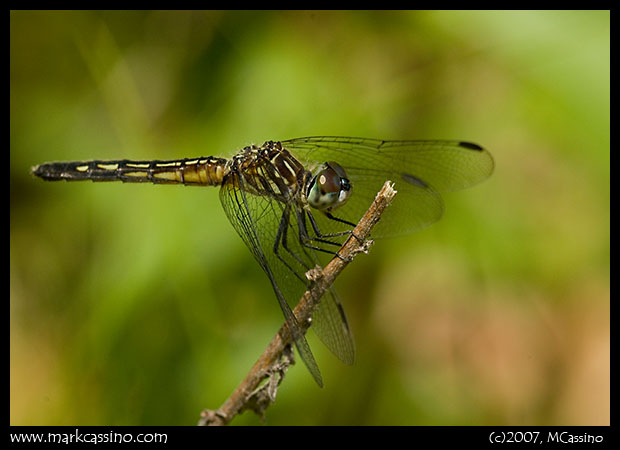 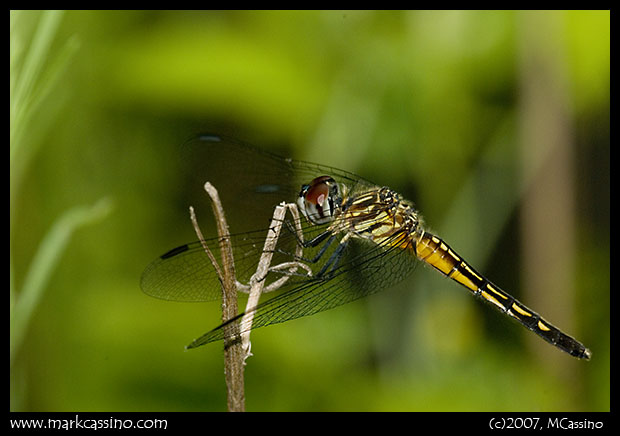 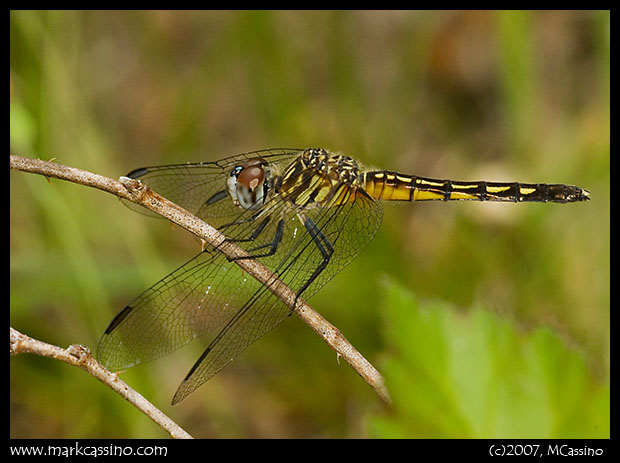 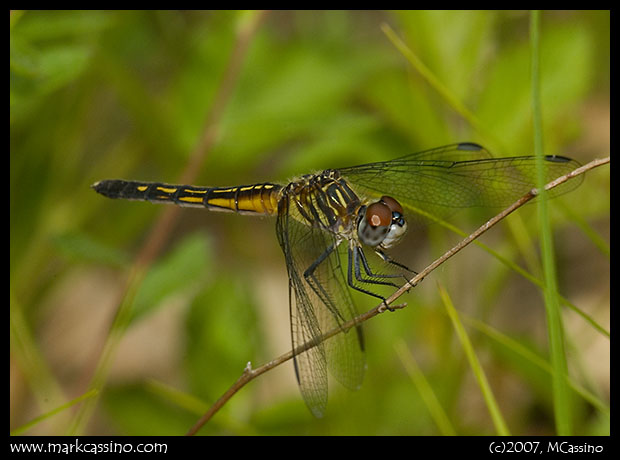 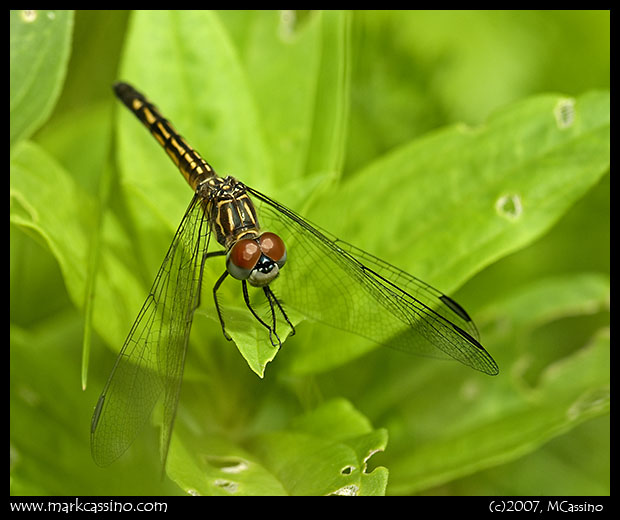 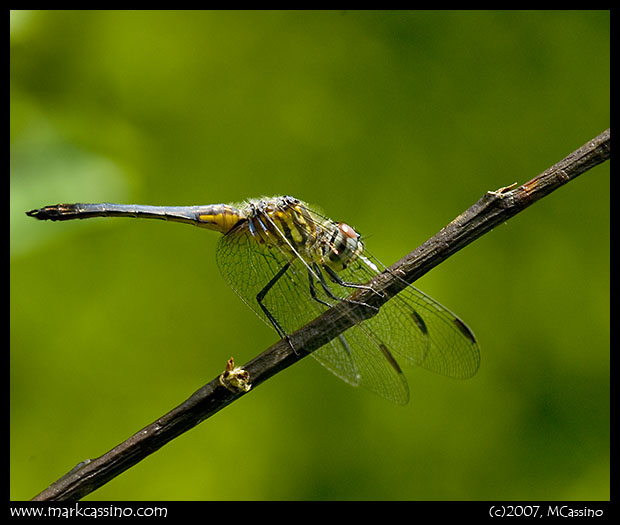 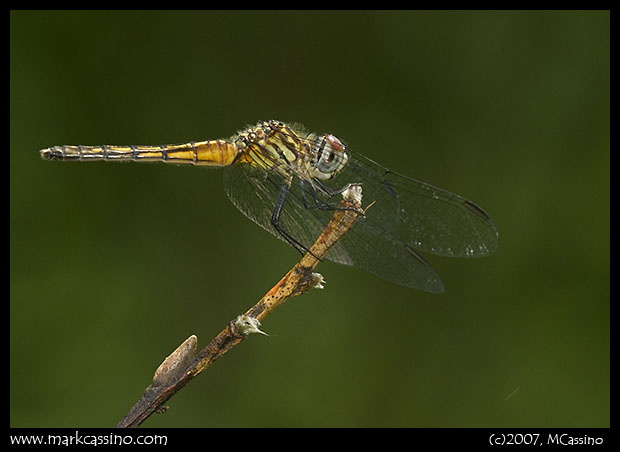 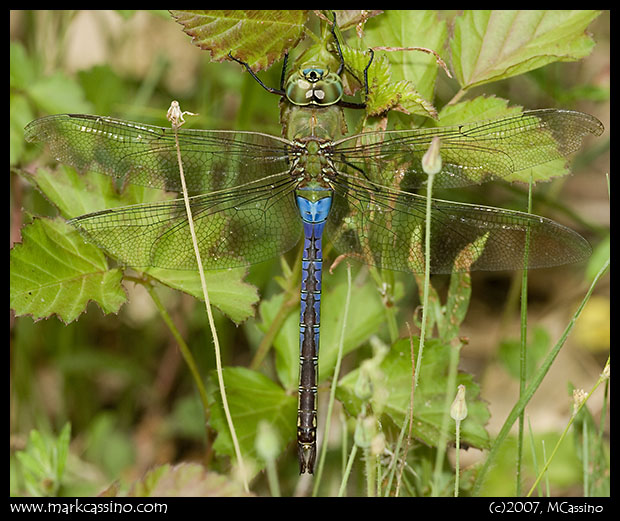 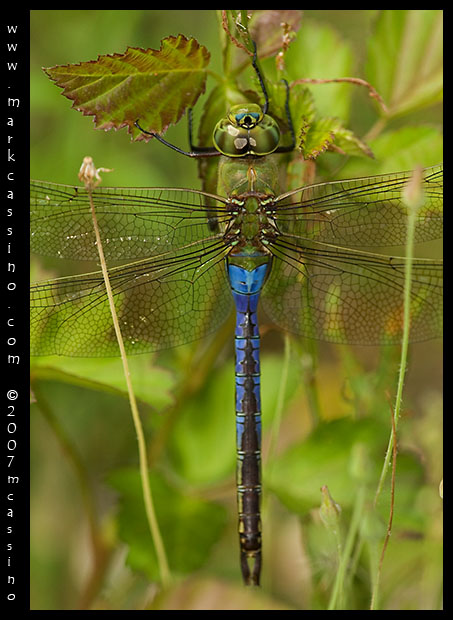 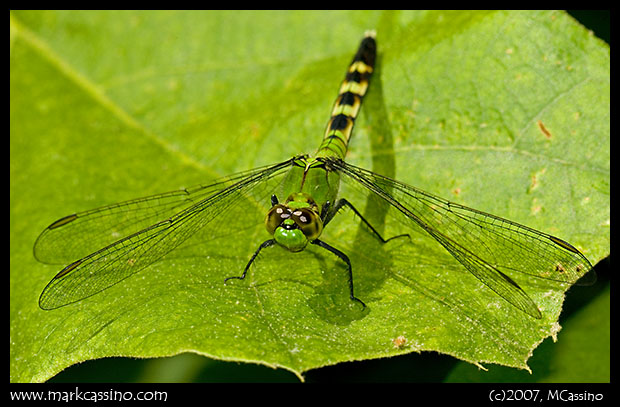 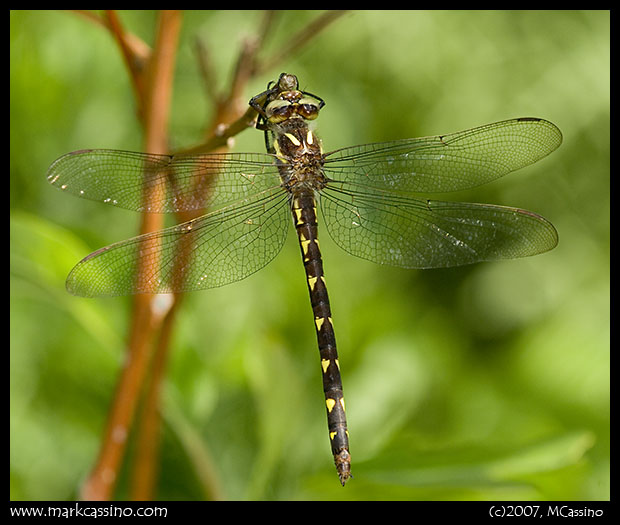 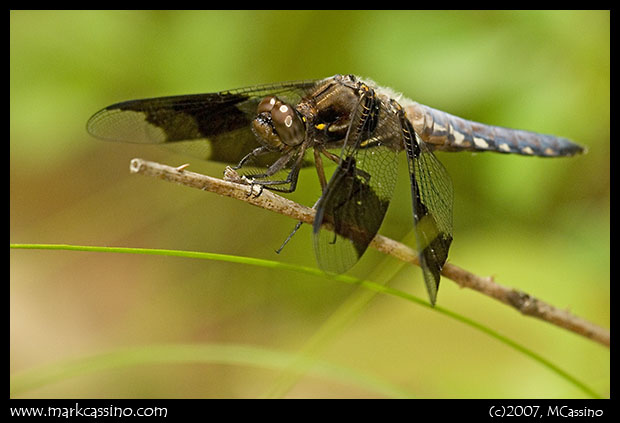 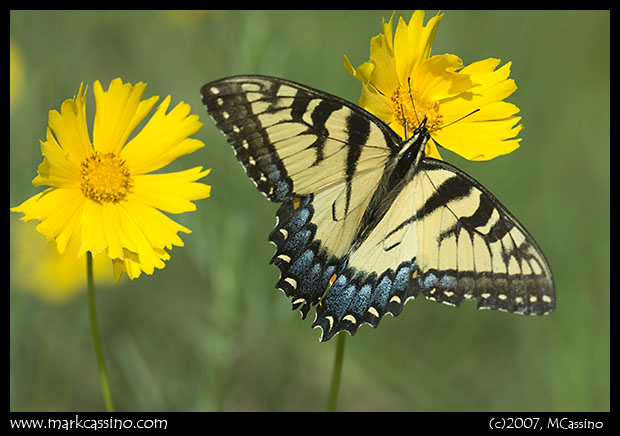 Mark, I tried to send you a note but it may have gotten lost or only part of it sent. So, this is another try. I really liked your presentation at Grandfather Mountain, and would very much like to do the kind of macro photography you are doing. I have to get some equipment first—-at this time I have only a point and shoot digital and try to push it to do things it can’t. I have your web site on my list of favorites, and look at it often. The images of January 11,2007 are beautiful. I’ll keep checking back. Beth

Thanks, Beth - I’m glad you liked the presentation. I sent you an email reply, so if it doesn’t make it through let me know!