Summer is officially here. The longest day of the year has come and gone, the linden tree next door has bloomed and faded, and the fields are the lush green of early summer. 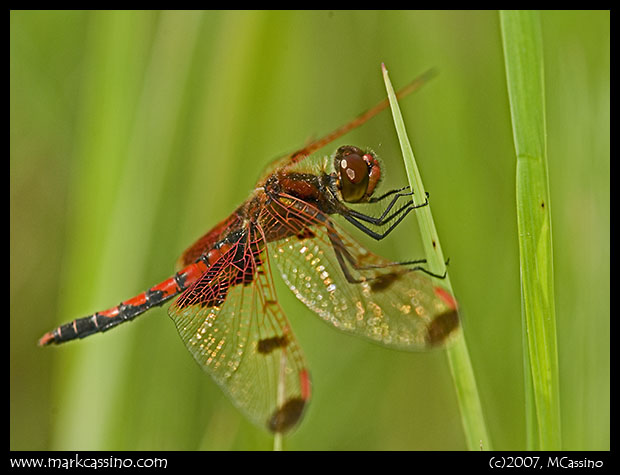 Male Calico Pennant
Of course, the dragonflies are out. And of course, I’m preoccupied and working on other stuff – just as the dragons reach their peak for the year.

Well, I’ve managed to do a little shooting these last couple of weeks. A week ago Friday I stole away for a few hours to the McLinden Trails, which this year more than any other I’ve seen is the best local spot for dragonflies. Calico pennants, Halloween pennants, clubtails, and darners were dancing in the air above the waving fields of grass. It was quite a sight to see dozens of dragonflies glistening in the morning sun as they shot around in the sky, darting here and there looking for prey.

The two hours I spent on the trails proved to be remarkably productive. With dozens of shots taken, and a good percentage of keepers among them, I wasn’t too concerned to have to call off shooting early. Unfortunately – my old Subaru (which just hit 135,000 miles) needed a minor repair. So I had no choice but to drop the car off and spend the afternoon at home.

At I did have work to do. This upcoming Thursday – June 28 – I’ll be conducting a nature photography workshop at the Pierce Creek Institute for Environmental Education. The subject is nature photography for naturalists, and I’ve been trying to cram the essentials of insect macros, wild flowers, and bird photography into a one day session.

Like I said about presenting at Grand Father Mountain – I really put a lot into preparing for these sessions. Grand Father Mountain was a 90 minute session, but this week’s class is just over 4 hours. I’m very excited about this upcoming workshop, though, and in many ways the PowerPoint presentation I put together for it is the outline of a book I’ll have to write some day.

On Saturday, a week ago now, I visited the Allegan Forest. This was an unproductive trip. It was hot – temps in the mid 90’s – and the coreopsis was fading fast. There seemed to be few dragonflies or other insects out, and while I played cat and mouse with a few wild turkeys who had holed up in a thicket surrounded by open field, nothing good came of the trip.

The sound of gunfire – sometimes distant, sometimes close – was incessant. As far as I know, nothing is in season now, so this was just folks shooting off guns for something to do. I went to one of the fields that sometimes produce Karner Blues, only to find it littered with dozens and dozens of shotgun and rifle shell casings. Some goofball actually spilled a bunch of lead, 22 caliber hollow point bullets on the ground – and just left them there. The ultimate litter in the land of the ‘free.’ 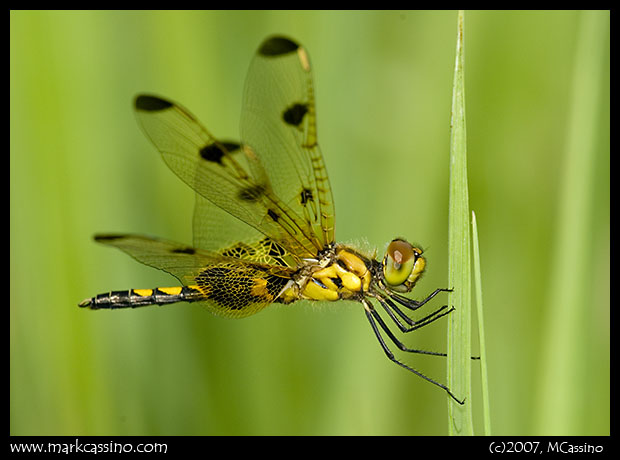 So, that trip was a bust. Time to get back to the studio and do more work…

I’ve also been busy on the exhibit front. With work and all I’ve been remiss about entering juried shows. However, there is one show close to my heart (won’t mention names out of fear of jinxing things) that I just had to enter. Thankfully they went to accepting digital submissions, and though I worry about the quality of the JPEG’s as they are presented on the computer screen, a digital submission made it a lot easier to get things in on time this year. Personally – I think 8x10 work prints – digital or darkroom - is really the best way to go for jurying photographs.

In addition, I had to prep five images for a pinhole photography exhibit. So this Friday found me first up in the office / studio prepping and mailing an exhibit entry, and then down in the basement workroom, framing up and packing prints. The cats were happy – I think they get lonely when everyone is away at work – and they certainly were a tremendous help (especially with the matting and framing…)

After that, Saturday brought the final touches to the Nature Photography power point, production of handouts and preparation of props.

So – no new dragonfly shots this week, and belated post on last week’s shots. I’m sure the dragons are buzzing around wondering where the heck that camera guy is – so hopefully next Friday will find us in close communion. 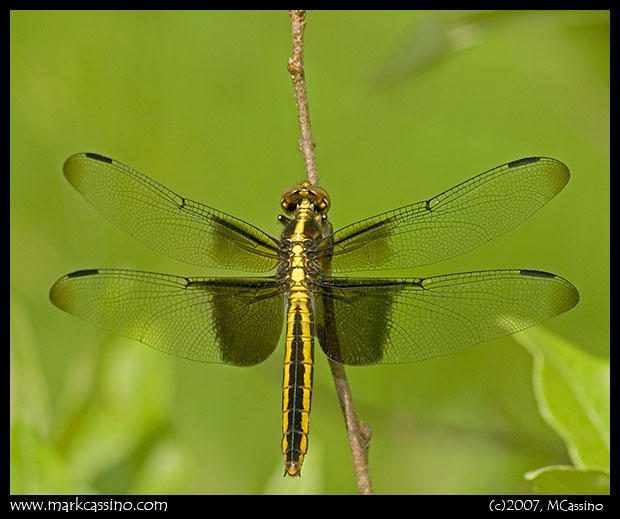 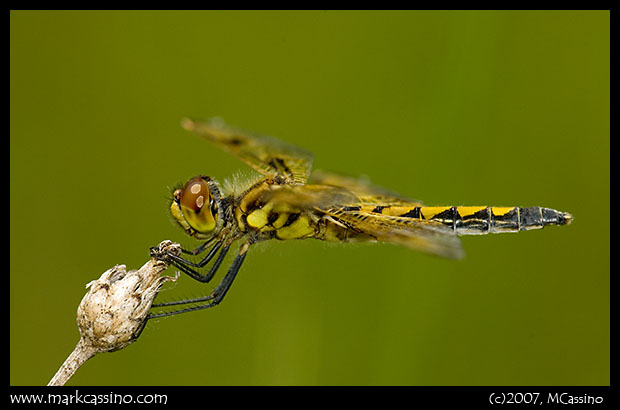 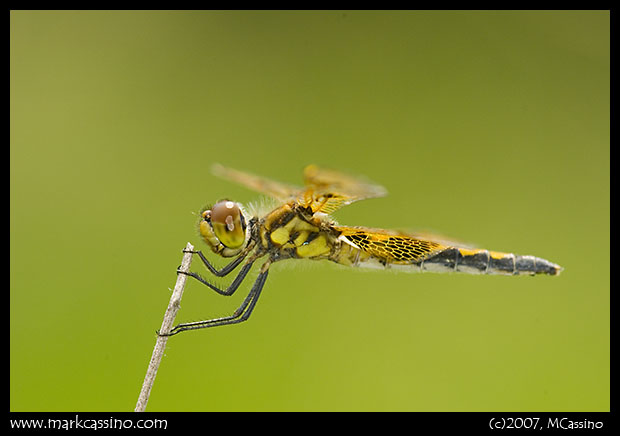 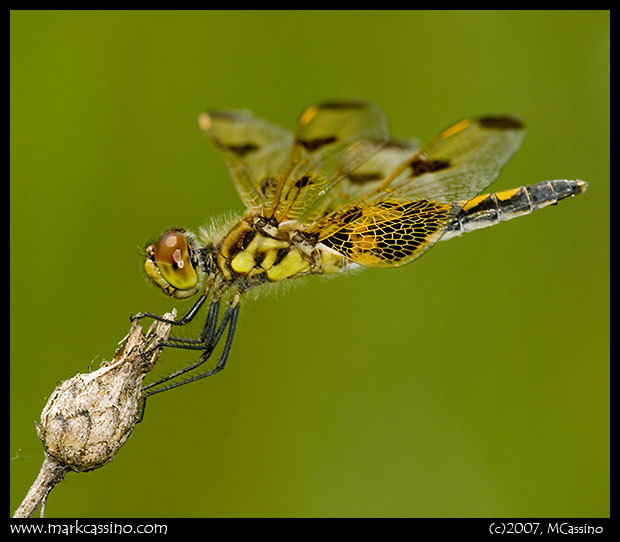 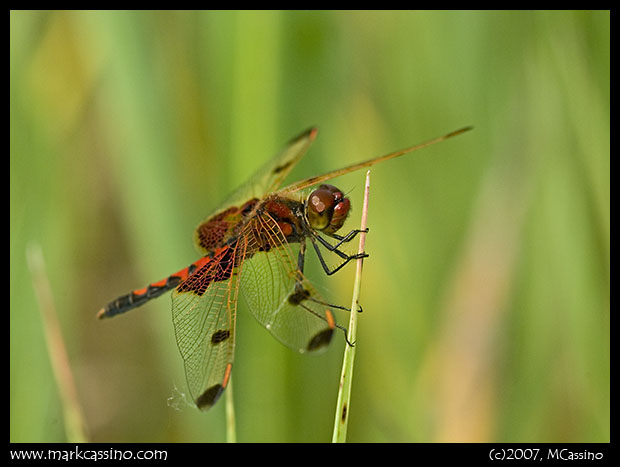 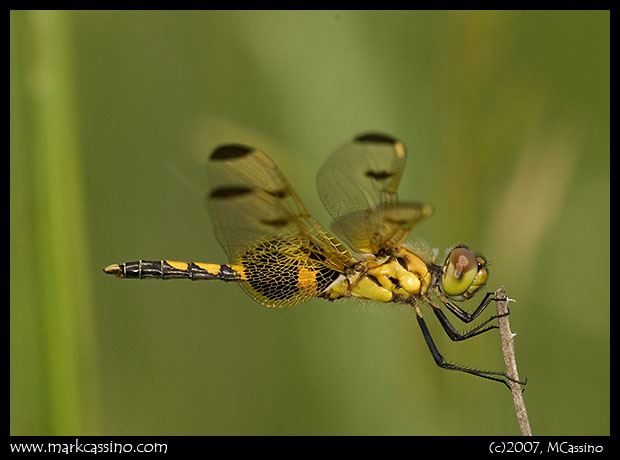 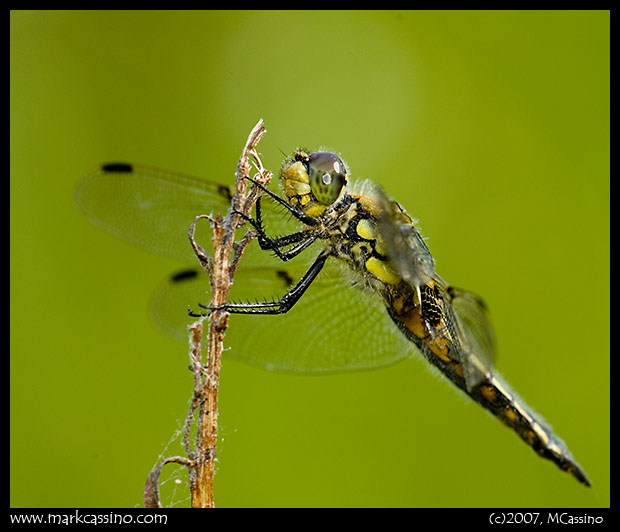 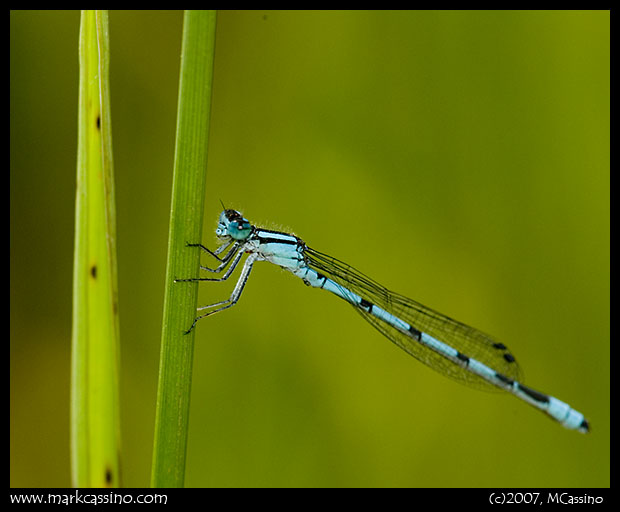 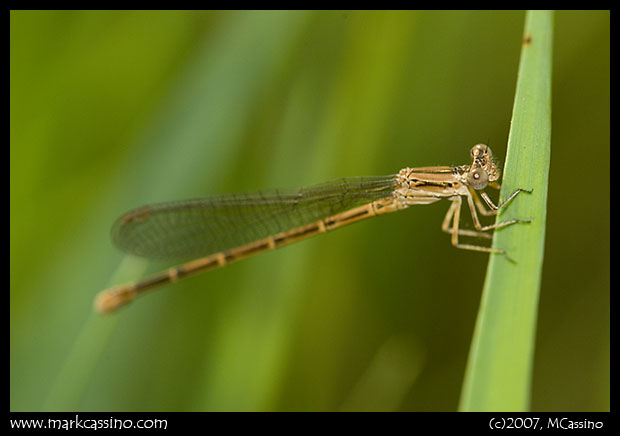