I’m wrapping things up at the day job, and preparing to plunge again into full time photographic work. I have a lot to get done before mid August, so I’m back to just stealing what time I can for photography for the next few weeks. 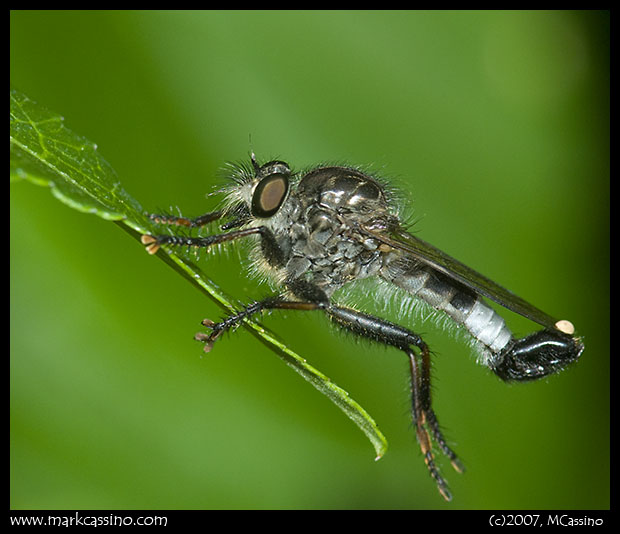 Well, the Allegan Forest has been pretty stingy lately, so I’ve been shooting insects around the yard, and on Friday stole away to the McLinden Trails to see if the dragonflies were out and about there.

I found the Robber Fly shown here in the srtip of weeds and wildflowers that borders the side of my small, urban yard. I’m not sure what the drop on the end of its wings is – perhaps some thing as simple as Robbery Fly poop. But, I don’t often see robber flies in the city, so it was interesting find.

Friday was a cool, crisp, and clear morning – could have been early September. It has rained to the north and the south, but not here, The grass was dried and brown, devoid of dew. I only had a few hours at the McLinden Trails, and was disappointed to see so few dragonflies on the wing or perching as I wandered along the trails.

I managed to get a few shots of mature male Halloween Pennants – the ones that are bright red and black and from which their name is derived. 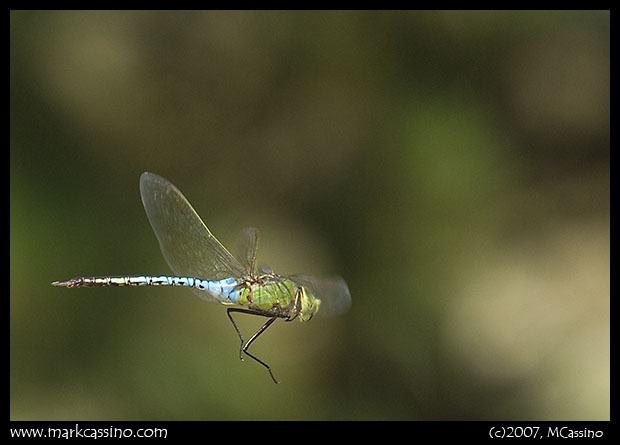 In addition, several large blue darners were hovering around in the air. I’ve always wanted to get a shot of a dragonfly in flight, and gave it a try standing on a small hilltop. The darner was flying between me and a row of white pines, which provided a nice background. The dragonfly never got closer than 15 or 20 feet. I was using a manual focus, 200mm macro lens.

The shot shown here is a pretty extreme (about 50%) crop, but reasonably sharp and with decent freezing of the insect in flight. Pursing dragonflies in flight will go on the meta-project list.

By mid morning, the winds had picked up in front of an advancing cool front, and shooting any dragonflies became almost impossible. So I left them for the day – perhaps for the rest of the month. 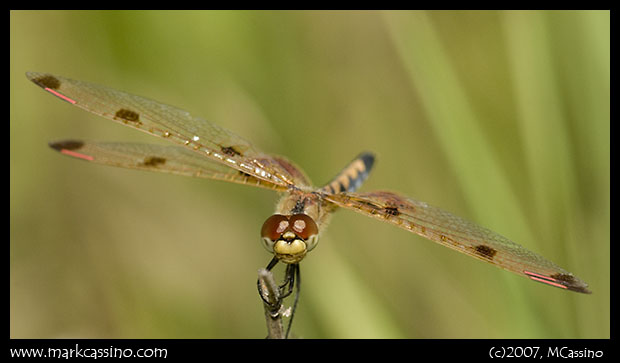 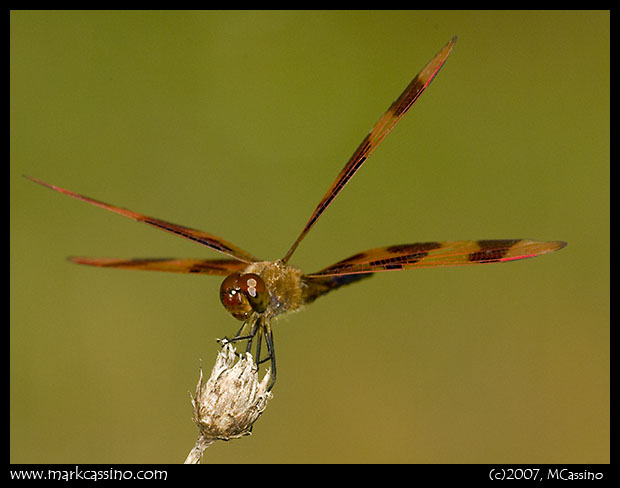 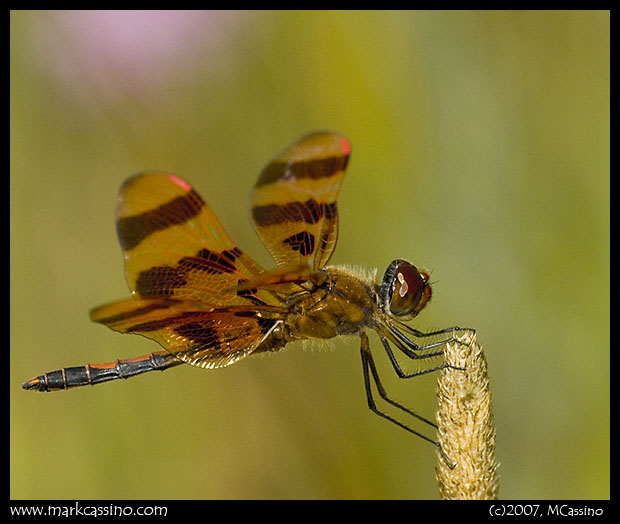 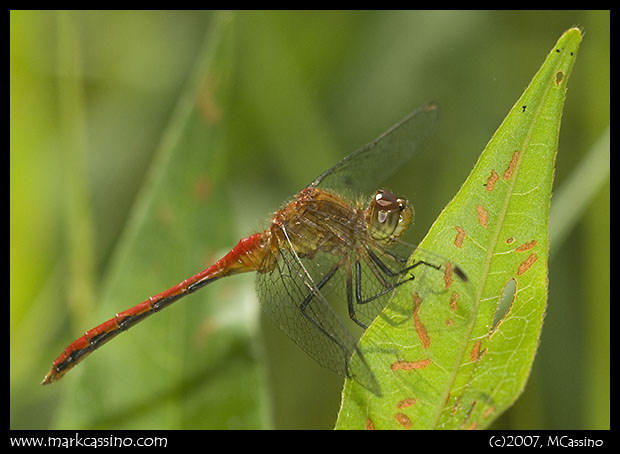 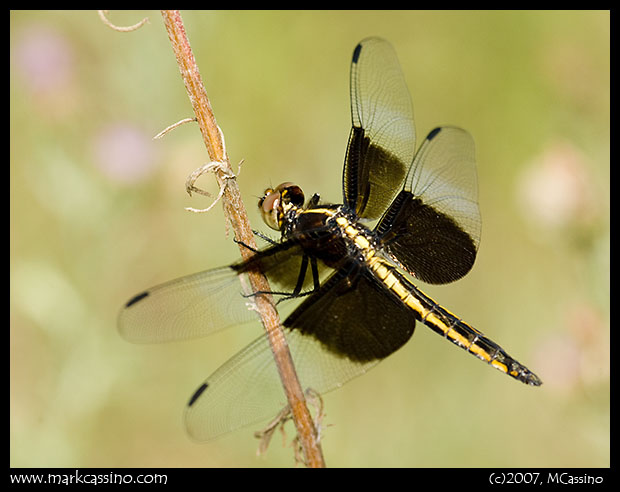