Yesterday  I went to the Allegan Forest with my friend Bill in hopes of finding a few Karner Blues. I knew it was late in the year, but hoped that they might still be out and about.

Unfortunately, the Karners were gone. In fact, for the first few hours there was very little activity at all on the Oak Savannah – even though the day was warm. It wasn’t until 9:30 or 10:00 A.M. before there was any notable activity from dragonflies or any other insects. 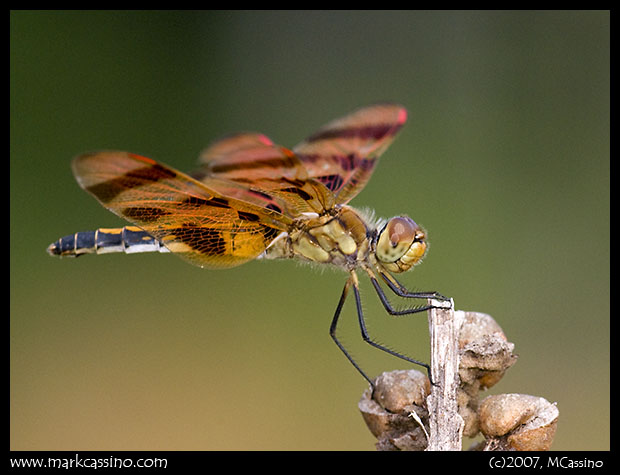 Nonetheless, it was a good day. I forget how huge the Allegan Game Area is – 80 square miles, 50,000 acres. We hit many of my favorite places, but there were just as many that we did not visit. I felt fortunate to live close to such a great wild area – though at best it is semi-wild, considering the litter (mostly in the form of spent ammunition) and criss-crossing roads.

I am also getting concerned about the clear-cutting of huge portions of the forest. As a state, Michigan is in deep financial waters – with an unemployment rate is the worst in the entire nation and plummeting tax revenues. It raises the question of whether the clear-cutting is simply a tool to raise money, through timber sales.

Oh yes – so while the Karners were gone, by late morning the dragonflies were out in abundance. We hit one of the areas that was clear cut a couple of years ago, and found a very cooperative Halloween Pennant . This was a male subject, resplendent in his orange and black coloring, from which the Halloween moniker comes.

I’ve shot uncounted immature Halloween pennants, but the mature males – with the orange and black colors – seem to be less common than expected. So I was glad to have the chance to get a few shots of them in this session.

While shooting the Halloween pennant, a blue tailed skink made a dramatic appearance. It ran between Bill and I for several minutes – trying to climb up our pant legs and then darting off into the scrubby vegetation. 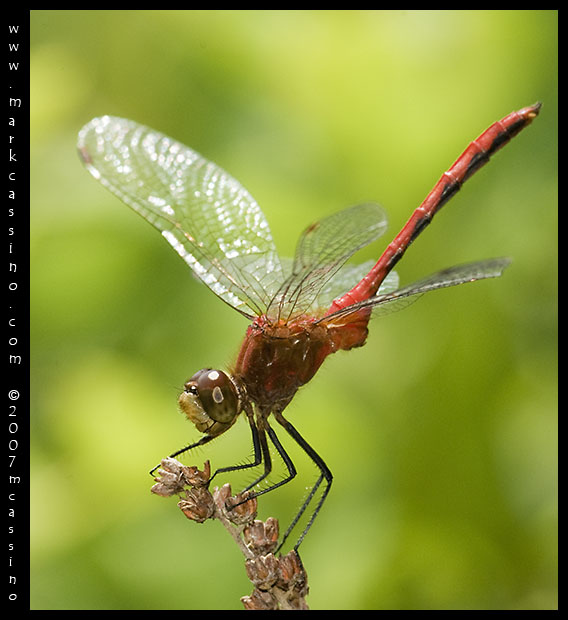 The skink was a real treat – I know that folks who live n southern climes see lizards all the time, but up here in frozen Michigan, lizards are a rare treat. The Allegan Forest is the only place where I’ve seen skinks in the wild. We’re at the far northern end of their native range, and it’s great to see that they are surviving and apparently thriving in the state game area – even if this specimen was too fast for us to get a clear photograph of it.

At the end of the day we headed over to the abandoned farm off 48th street – the subject of many past posts. It’s been dry in west Michigan – not yet at drought conditions thanks to the wet winter and spring, but dry still. Allegan has been luckier than some other areas of west Michigan. In the last few weeks it has rained there a few times, and the swamp at the end of the old farmstead that I like to visit has held its own – not gaining in moisture, but not losing either. The cracked, dry mud is thankfully gone – replaced with moist soil.

But there the red dragons still reign – the red meadowhawks, the white faced meadowhawks. The pink, shrubby plant that filled the marsh last year is reduced to the edges of the most moist areas – testimony that the marsh survives, at least for this year. 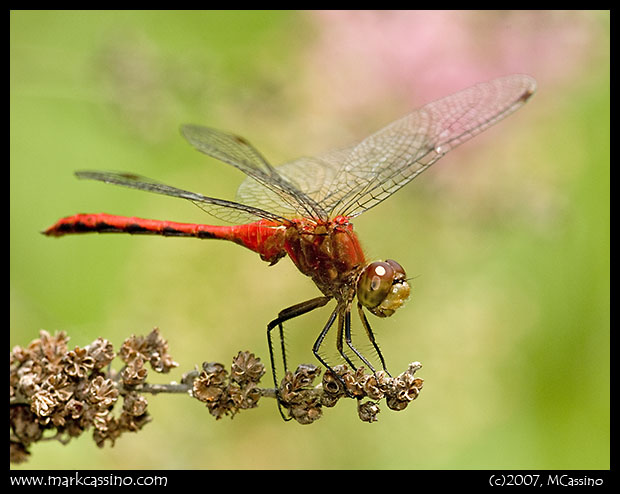 So we snapped a few red dragons, and by mid afternoon called it a day. The ticks were outrageous – I found on my jeans or shirt while walking around or driving, and when I got home I found yet another and a ninth dug in just above the line of my socks. Nasty creatures those wood ticks!

My days of employment are again coming to an end. Soon I will be free to roam the savannah, more or less at will. But these next few weeks are encumbered – I hope to steal off at least once next week to get a head start on August 2007 photographs. 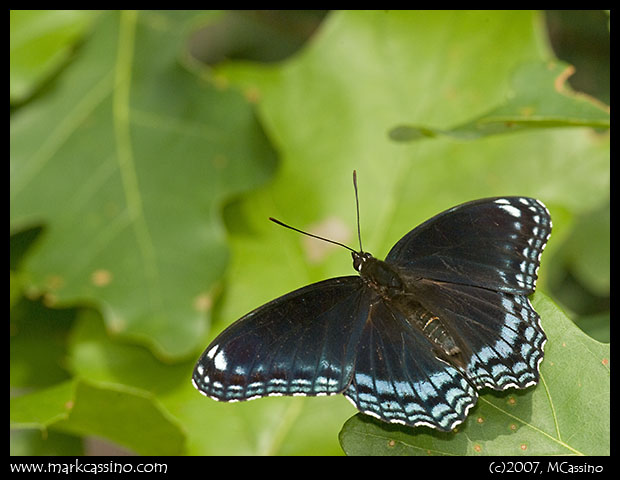 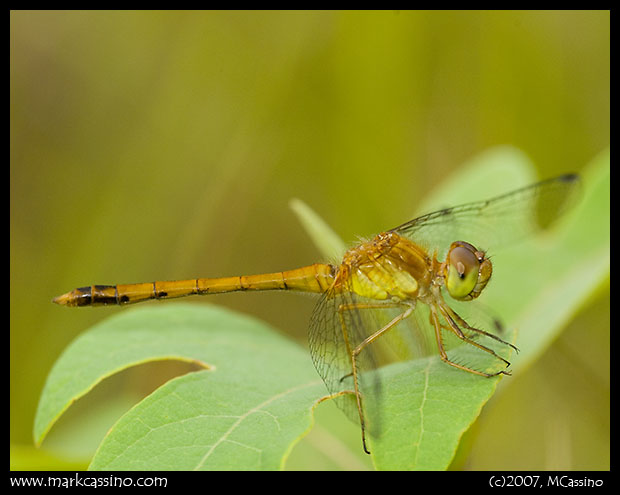 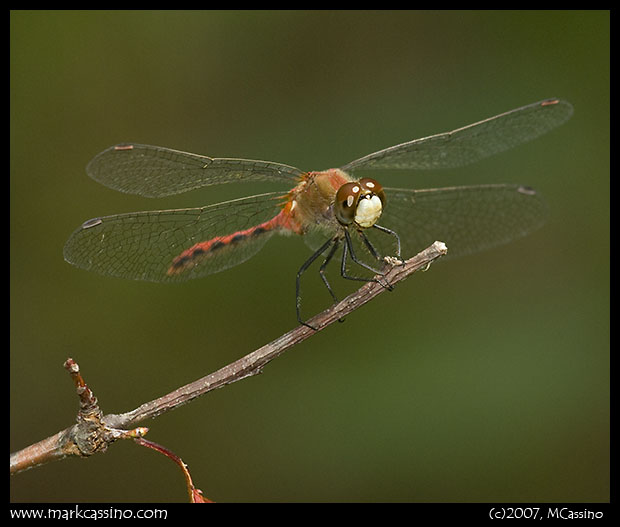 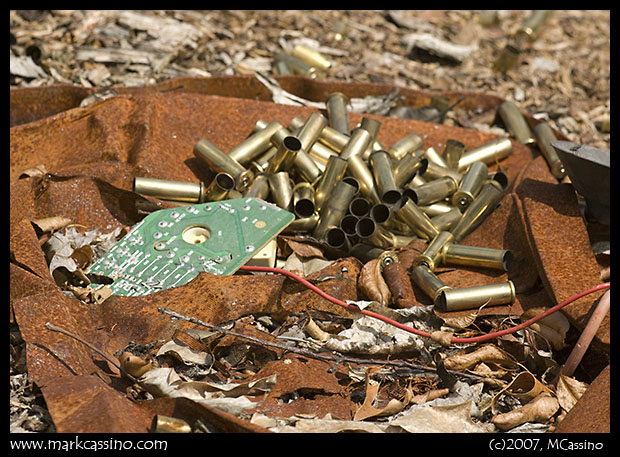