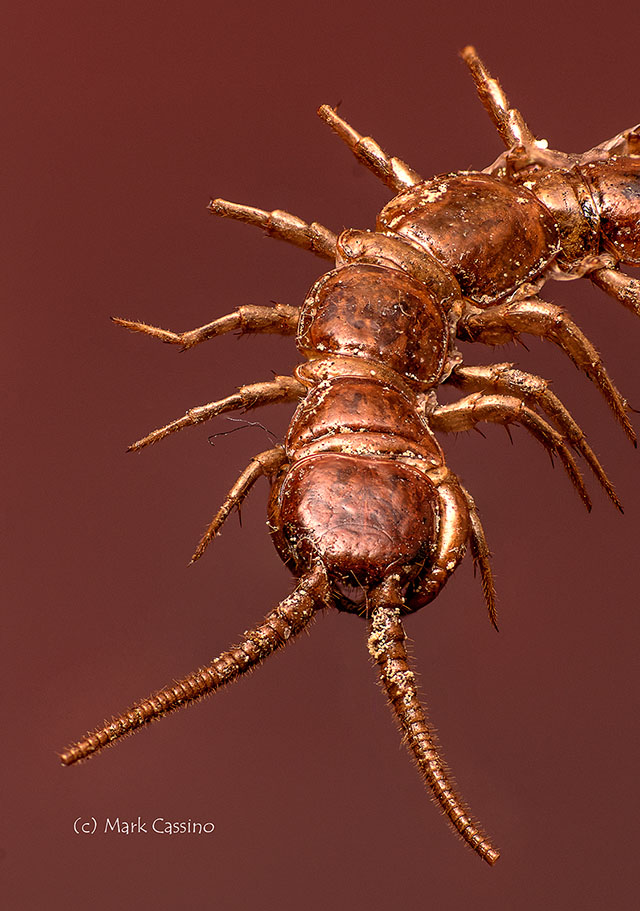 I found the centipede dead on my porch last month - it probably ventured out during an unusually warm spell that we had and then was caught in the open when temperatures dropped back to their normal sub freezing levels.

I don't think this technically can be described as "extreme macro" since the magnification was actually somewhat less than 1:1.

The condition of the subject is a major limiting factor in this shot - in a few months I should be able to find invertebrates that in much better condition. But for now - January in frozen Michigan - I can only work with what I find...  I did stumble into another stinkbug and may give it a go soon.

This was shot with a Pentax K-3, A* 200mm f4 macro lens at f5.6, Vivitar extension tube (with contacts) and AF360FGZ flash. The tube served primarily to allow the camera to get clear of the focusing rails and the lens was set to less than its 1:1 maximum magnification, so the actual magnification was about 1:1 or even a little less.

This is 37 stacked exposures. I have been using both Zerene Stacker and also stacking in Photoshop CS6. The results seem to be equally divided between the two - in this case the the nod went to the stack merged in Potoshop CS6.