It’s interesting to see how photos change with time. Some grow more interesting, and more meaningful, others fade away, and still others become downright silly or embarrassing.

Of course – the photos don’t change. The photographer does, however. So often the perception of a photo is tainted by the impression we had when taking it, the subject matter, or even how we were feeling at the instant when the shutter button was snapped. All those things are distinct from the final image that is made, but still influence our own subjective impressions. 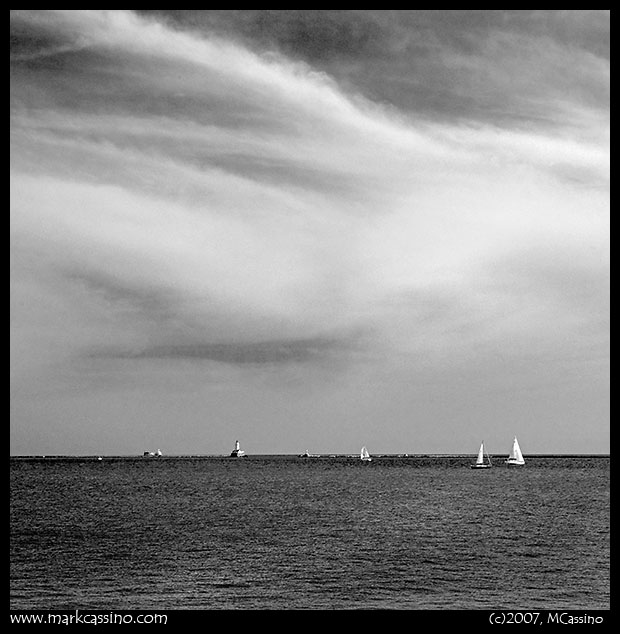 And sometimes our initial impressions of a photo may lead us to dismiss it, simply because it didn’t seem significant at the time that it was taken. That was the case with the photo shown here - Chicago Harbor . At the time it was taken, I felt that that the sailboats were order less and akimbo, the details of the lighthouse and break water were too insignificant, and that the water and sky lacked punch.

But after a little work in Photoshop the sky and the water started to work, and I started to like the boats, each heading in its own direction.

I might hate it in a week, but after pulling some 12x12 inch prints, right now I like this shot.

This entry was posted by Mark C and filed under Photo Comments, Chicago.