Cabin fever is getting to me... I grabbed my film bag and paid the Allegan Forest a visit. I always do this around this time of year, and I always come back disappointed. The twisty scrappy forest never really shines in the late winter.... 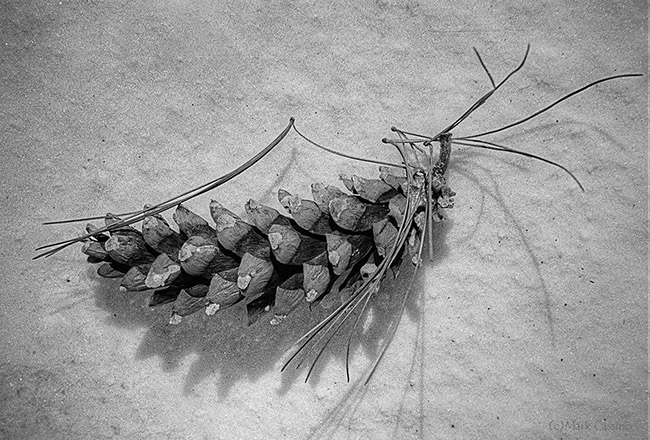 So here's my best photo (so far) of the trip - a pine cone, in the road. I was stomping around in the 15 degree Fahrenheit weather chasing ephemeral light that was dancing on the edges of the tree branches... This photo was almost an afterthought, but seeing as how I never actually captured any of that dancing light, it's a good thing I looked down at this pinecone on the snowy road. Here's a snapshot of the road itself - it was nicely plowed, easy driving and walking. 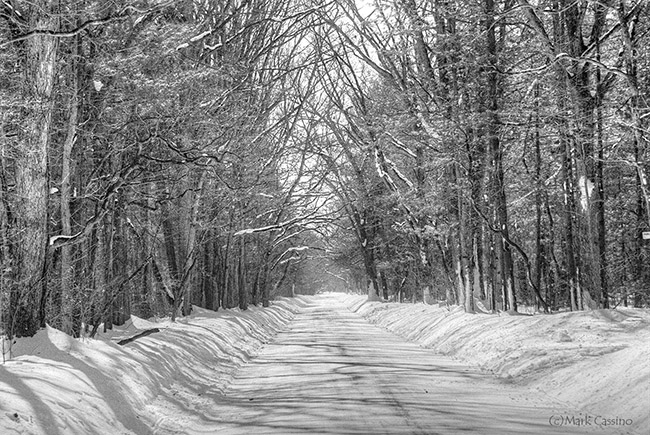 The seasonal roads are impassable for most vehicles still, though they get a lot of snowmobile traffic and those with really solid 4x4's may venture down them. Both images were made on Arista Edu Ultra 200 film, using a Pentax Mz-S, FA 28-105 f4-5.6 zoom. Film developed in Rodinal 1:50.

This entry was posted by Mark and filed under Allegan State Game Area, Allegan Forest.