What a fickle world we live in!

That was a week ago. An arctic blast rolled in the middle of the week, and temperatures dropped as the snow began to fall again. Yesterday I went back out to the woods I visit so often in the spring – only to find the rustic sign outside the nature preserve all but obscured by falling snow.

The temperatures were in the mid 20’s (F), on the rise from temps around 20 the night before. When you live in Michigan you expect sudden changes in the weather. With global warming, the fluctuations are getting worse. But even with that, I was surprised to hear the BCC talking about our freaky weather as I drove out of town. Michigan and England will probably both be the pits once the gulf stream collapses. 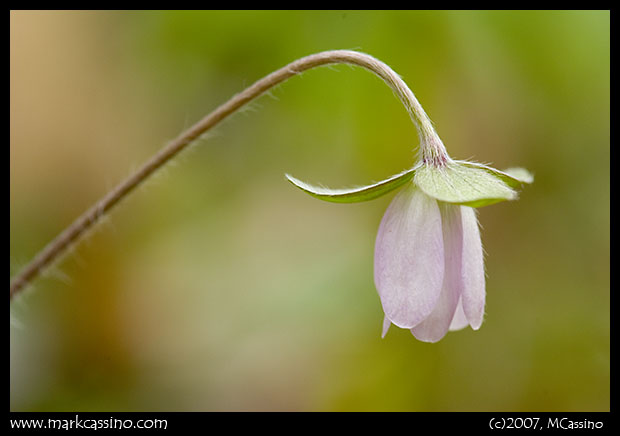 Anyhow – I arrived at the forest to shoot wildflowers at around 11 AM. I usually hope for temperatures in at least the mid 50’s, but knew that wasn’t going to happen today. It took a while before I started taking photos. I packed up my gear and headed out into the woods, but my heart was not into it. The flat, dull light, the high winds, and the apparent absence of any wildflowers left me feeling unmotivated. I figured I’d take a few quick snaps showing the snow, and come home to work on other projects.

But the more I looked, the more I saw. The hepatica were still in bloom – though the petals were falling off the flowers. The blue hepatica ware frozen – the green stems and back leaves were fringed in red, and the flower petals were almost translucent, being frozen.

I took a few shots using the macro setup. The week before I had broken my old Boeng / Manrotto 3021 tripos, and I replaced it with a new one of the same model. The new tripod is significantly better in terms of being able to get low to the ground. I opted for the “Professional” model which allows you to mount the tripod center shaft sideways. Using the Pentax SMC-A* 200 macro lens, with its swiveling tripod mount, it was pretty easy to line up the camera at any angle. 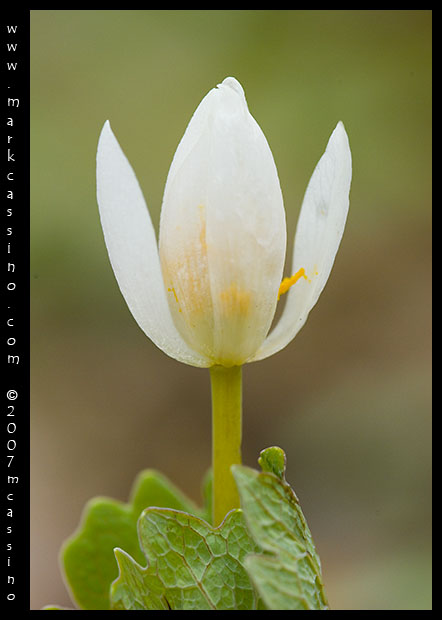 I hiked down to the creek, maybe a half mile walk, and there took a few landscape shots. The snow came in waves, and the wind was incessant.

By that time IA had taken just one shot. Well – I’d taken several shots of one cluster of flowers. When shooting wildflowers with digital gear I unabashedly pound away, taking multiple exposures, hoping to get that one where the wind is pausing and the flower is still.

It wasn’t a breezy day – it was a windy day. And with the wind and the dull light (longer exposures) it too 10, 20, or even more exposures to successfully capture a shot as composed and prepared.

So while I only took a dozen ‘shots’ – individual compositions – I wound up burning through well over 300 exposures on the camera. The joys of digital – would I have burned through 10 rolls of film to achieve the same result? Not at all… Walking back from the creek, I noticed more flowers – slumped over and frozen, but flowers still. The trail was mud, and this kind of work means getting on you hands and knees, or lying on the ground – in hopes of getting a shot.

A frozen bloodroot made for one interesting shot. The flower was flattened, the petals were frozen, and this made them translucent, letting the yellow stamens inside show through. It was one of a few nice shots from the day – but ultimately the cold, snow, and wind took too much of a bite out of the available wildflower shots. The trillium were up, leaves out, buds just starting to open – they should be fine and once this cold snap reverses (maybe in a week or so) – the trillium should be out in force. In the meantime – it’s been a hard spring for the hepatica. As a parting shot – here is a the road home (aptly named Frost Road) just as I was leaving the woods. 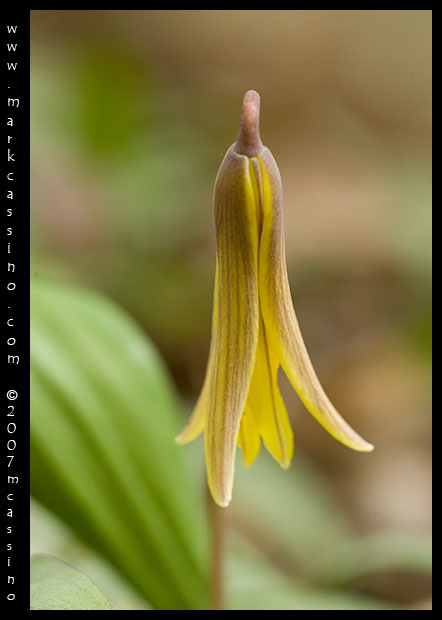 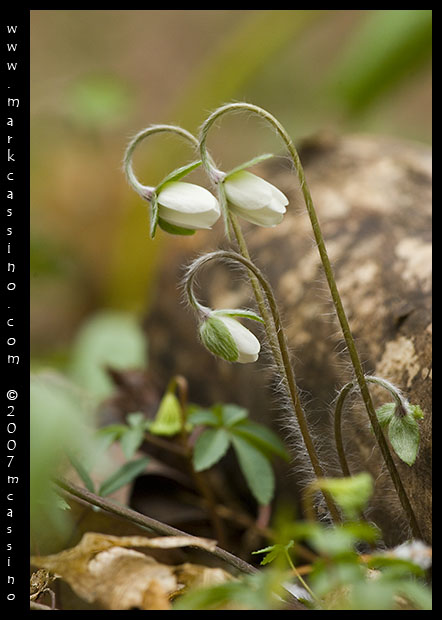