Spring has arrived at last in West Michigan. Where just a few weeks ago I was shooting the final snow crystal shots of the year, now the wildflowers are already out in full force. 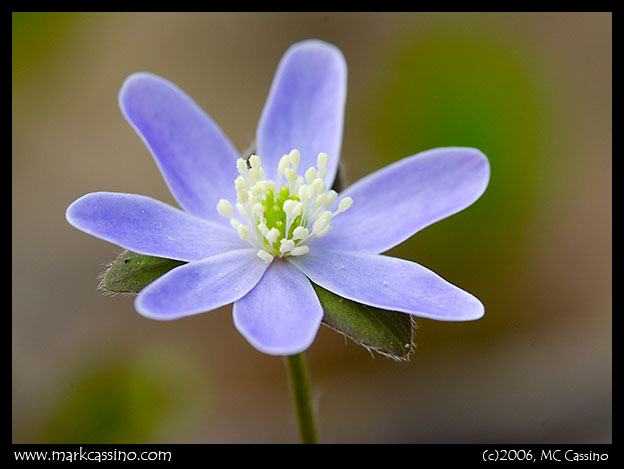 This was a surprise to me. On Friday, March 30, I headed out to the woods south of Kalamazoo, to see how the wildflowers were coming. Last year I made my first excursion to this place on April 7. At that time the woods was still covered with dead leaves. There was no wild garlic, and just a few hepatica flowers poked out of the ground.

This year, things are far more advanced. The wild garlic is already out in large green clumps. The smallest trees are starting to leaf out, and the woods was full not only with hepatica, but also with the first few springs of spring beauty, false rue anemone, and blood root. The blue hepatica, which seems to be one of the first wildflowers to arrive on the scene, was particularly beautiful. 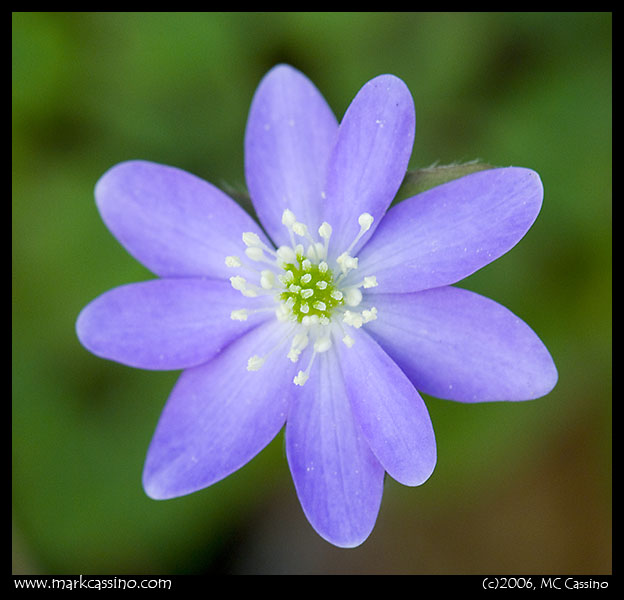 It was amazing to see what, just a few weeks ago, was a snow covered forest floor, now covered with woodland wildflowers.

Last year, I worked with reflectors and diffusers, and approached the flower blossoms from a straight on, almost documentary perspective. I was interested in the work of Karl Blossfeldt, which studied the forms and structures of various botanical subjects. Like snow crystals, the individual wildflower booms express an exquisite sense of design, with symmetry and structure, form and variation, all coming together.

The current feature photo is a nice example of this approach (at least in my opinion.) The image gets its strength from the patterns of color in the flower, and the repetition and variation of the forms in the petals and stamens.

This year I stuck with that approach, but experimented with using a more shallow depth of field, less diffuse light, and with a more angled and less straight on, documentary approach. I guess there is only so much that you can do with a flower – and I was not excited about repeating last year’s work.

Friday was a great day in the woods. I arrived at 10:30 am, and spent the day shooting lots and lots of wild flowers, plus several landscape shots of the spring woods, just starting to come to life. I left in the late afternoon – muddy, sore from squatting, kneeling, twisting and turning to capture various shots.

In the course of the day I managed to break my old and trust Bogen 3021 tripod (maybe Mr. Bogen can sit on his tripods – but I can’t!) And, before the day was over I had bought a version of the same tripod. The new tripod gets down a lot lower than my decade old version, so I’m looking forward to getting out again at the end of this week, and working with the new flowers that will be at hand. 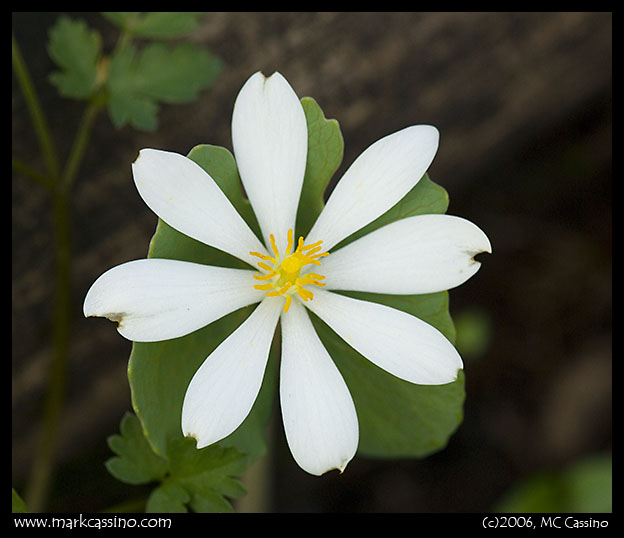 Last year I spent a lot of time with the wildflowers, and they seemed to unfold in a slow and regular progression, day by day, week by week. Over the course of just 5 weeks – from early April to mid May, the wildflowers came out in a steady progression. This year things seem to be moving much more quickly, and without the progression of species that I saw last year. I suspect that the season will come and go more quickly this year.

This year I also noted that the hepatica was literally a buzz with native bees, hover flies, drone flies, and other pollinators – so let’s hope that presages and early start to the insect photography season.

More hepatica (and one bloodroot) from this trip: 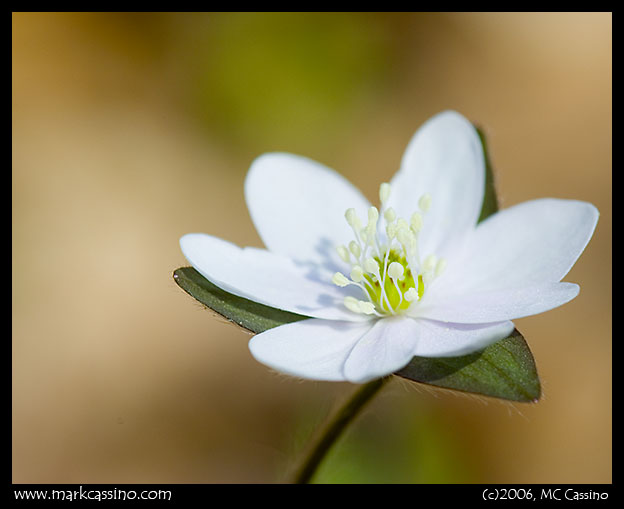 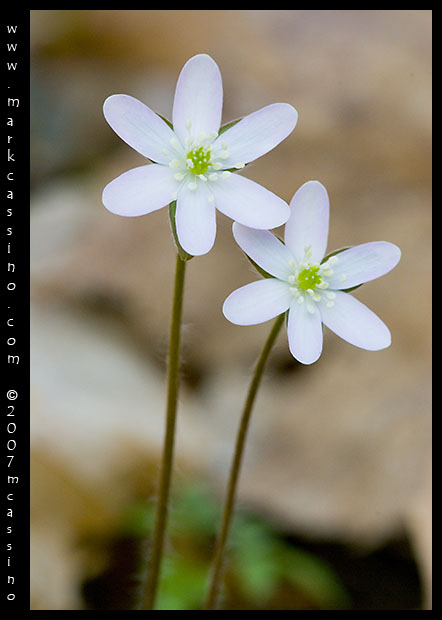 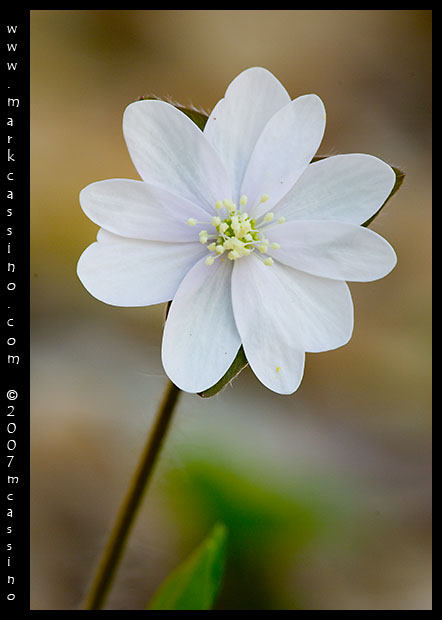 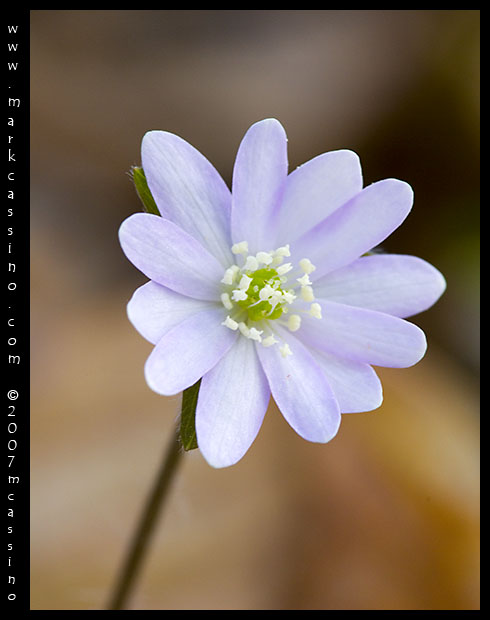 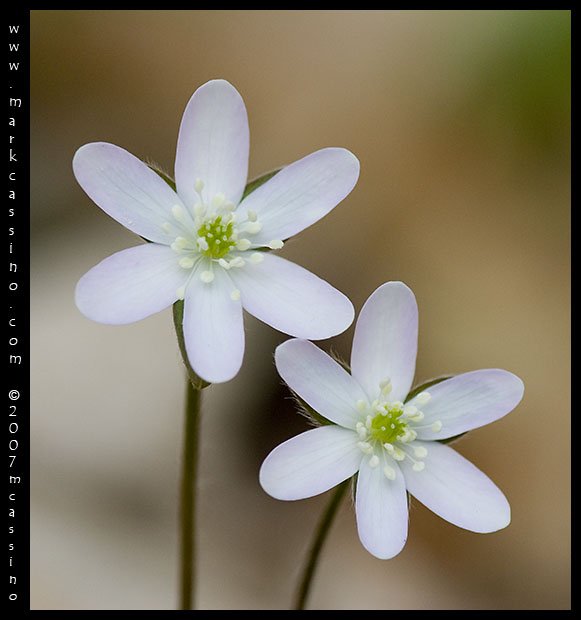 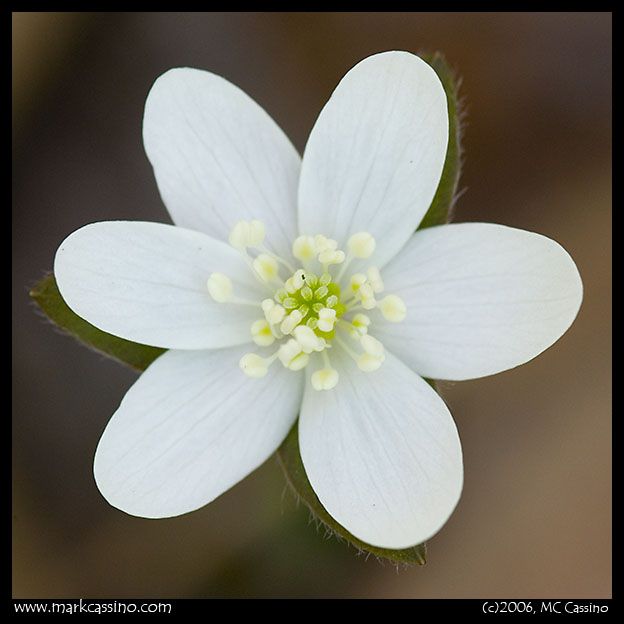 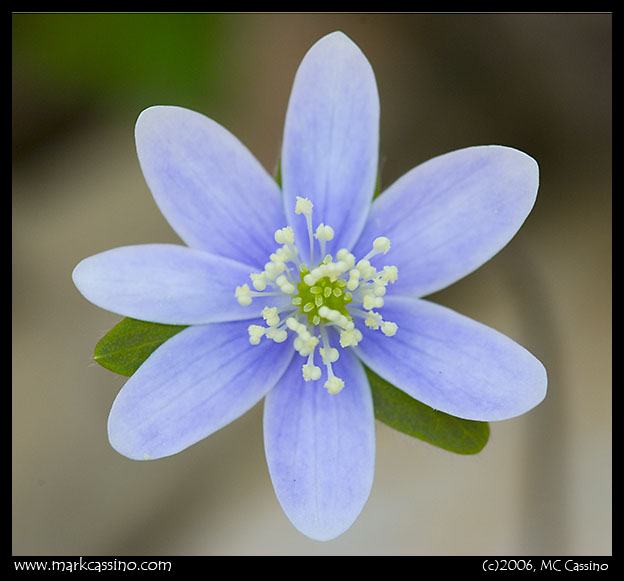 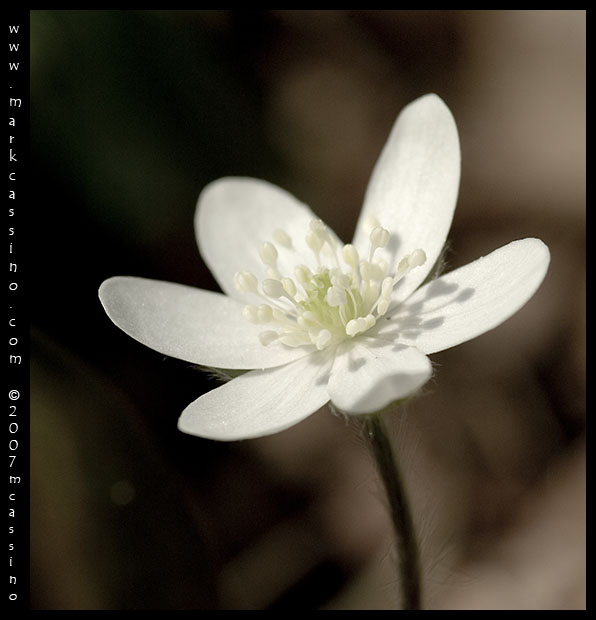 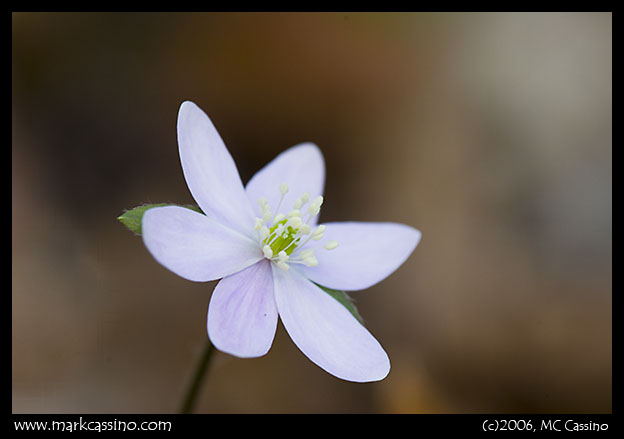 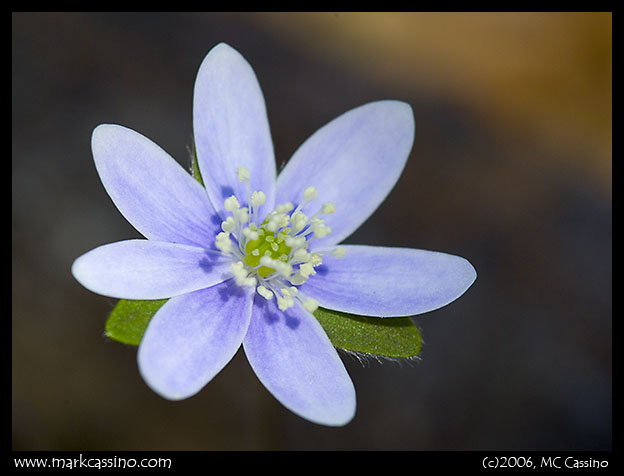 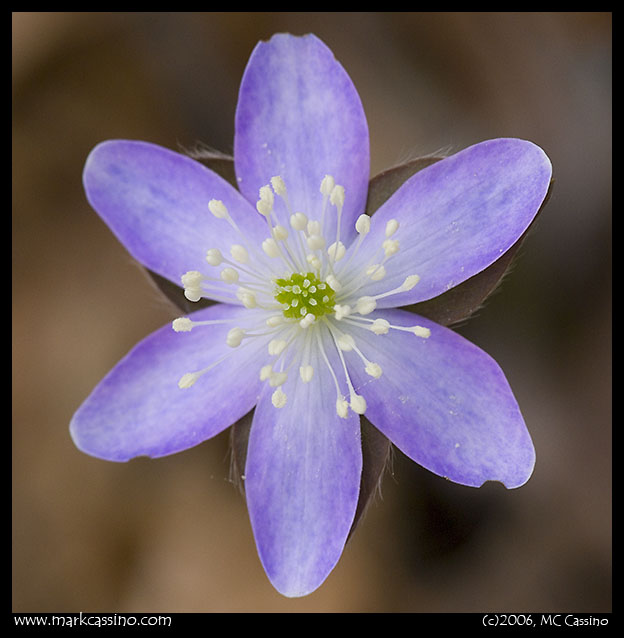 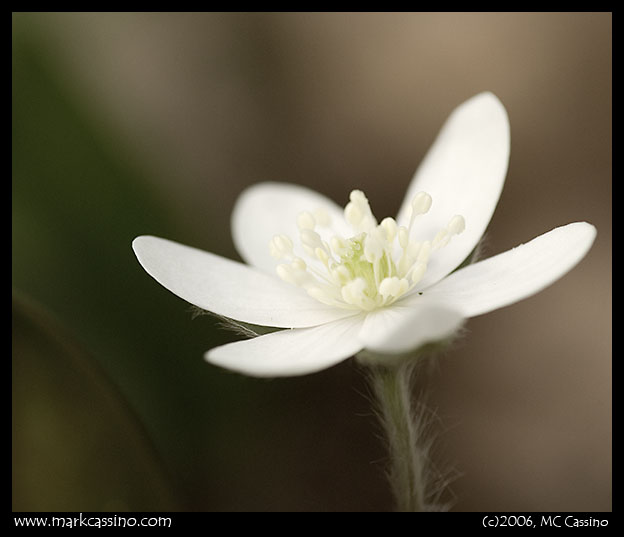 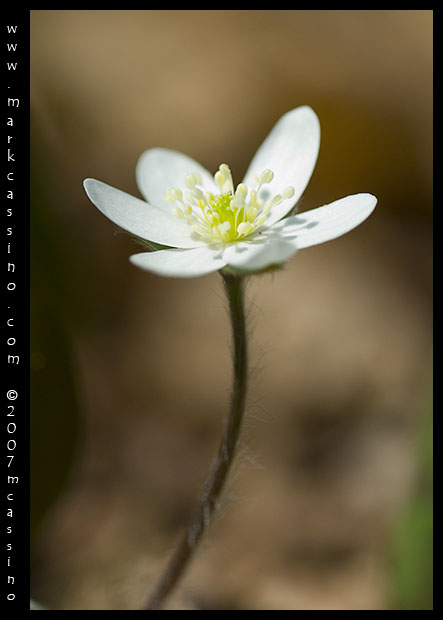 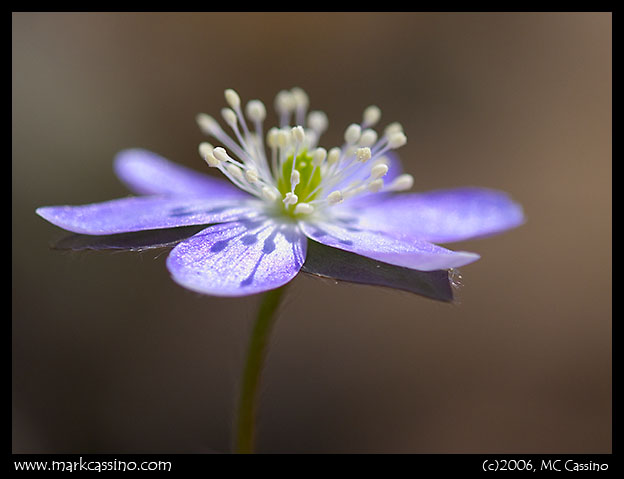 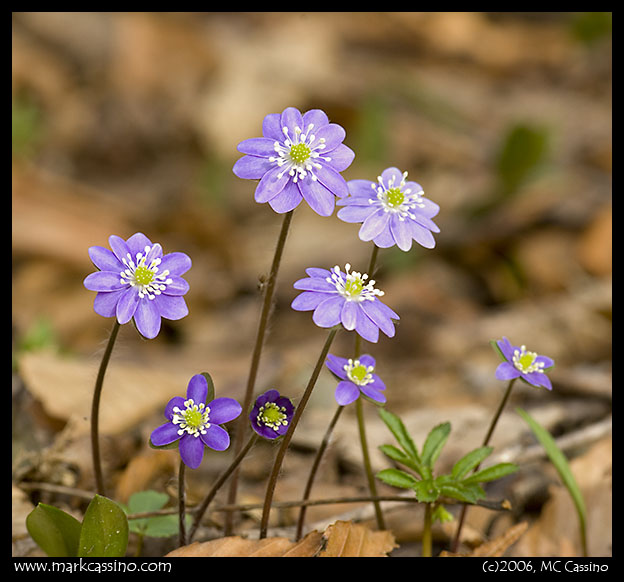 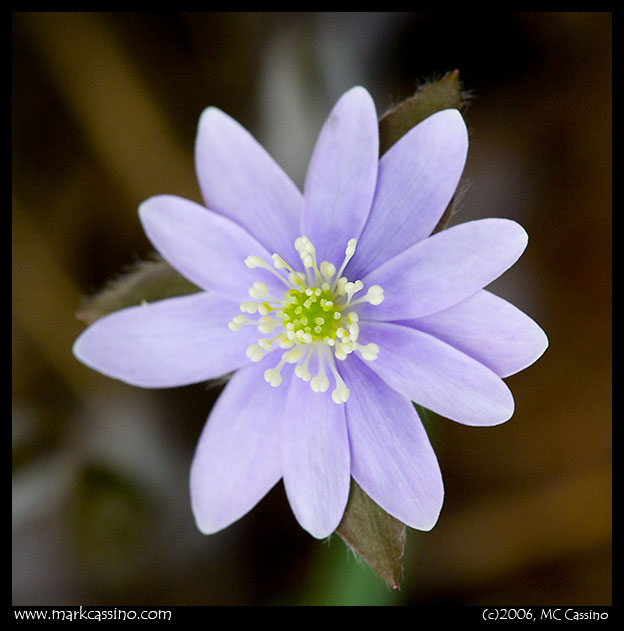 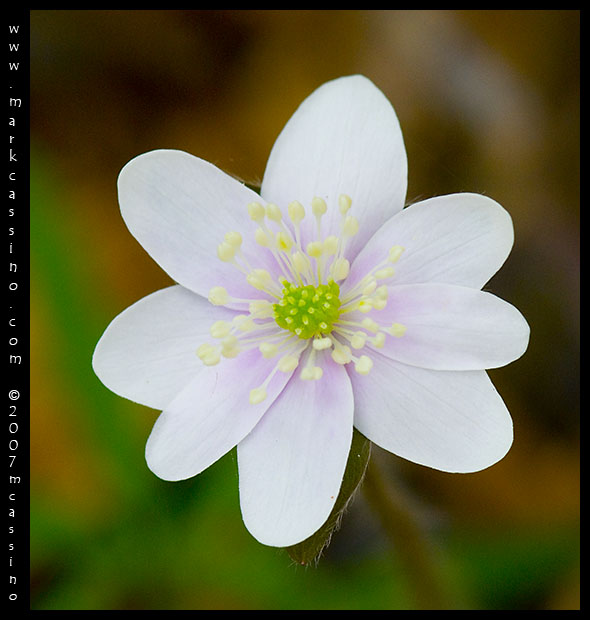 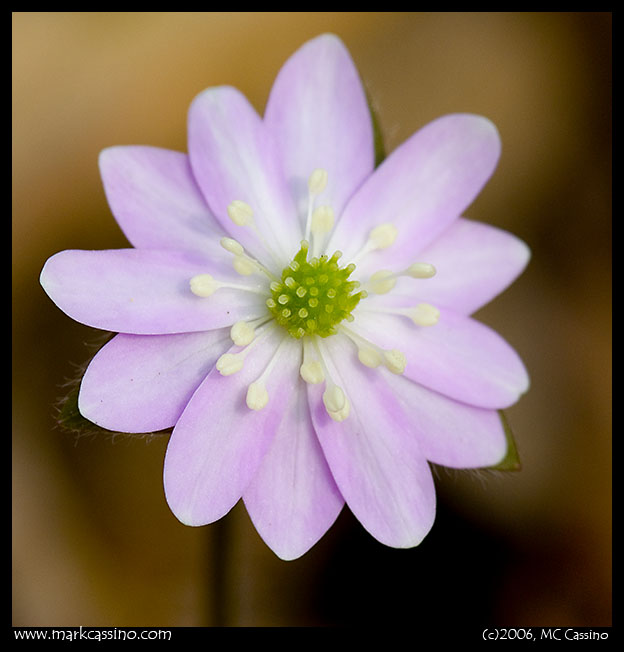 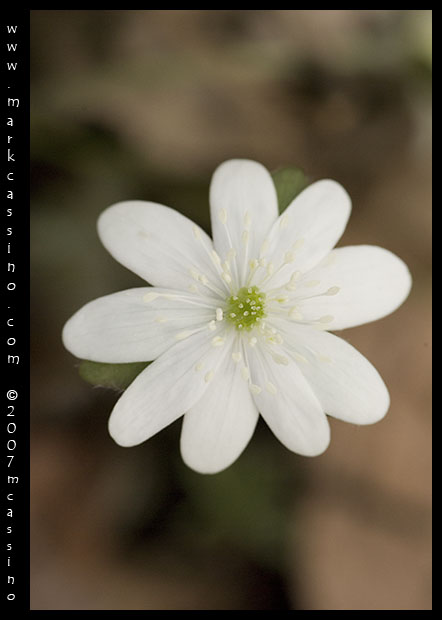 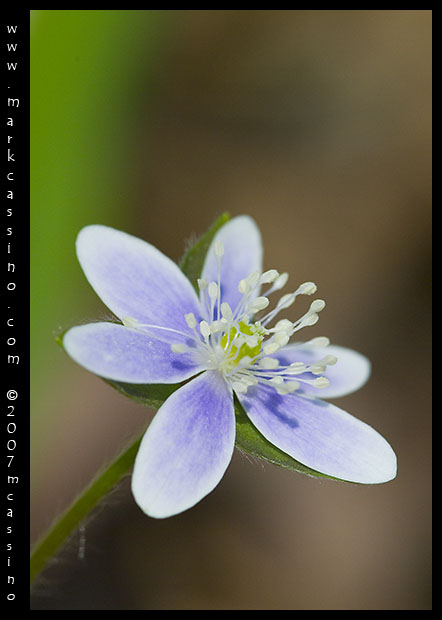 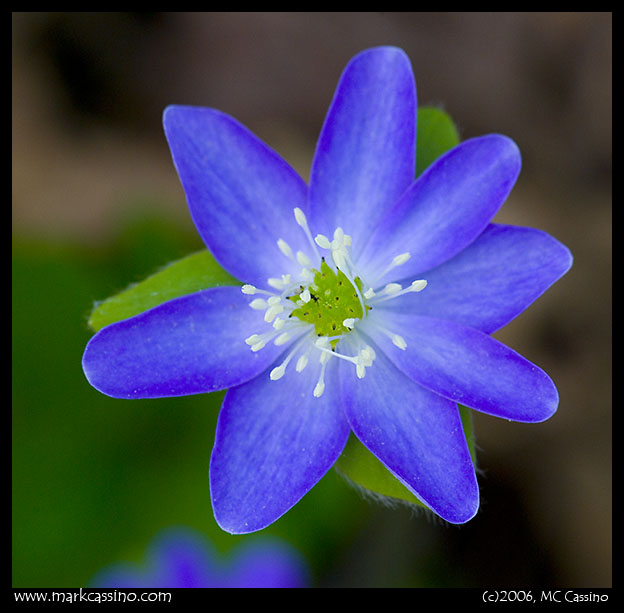 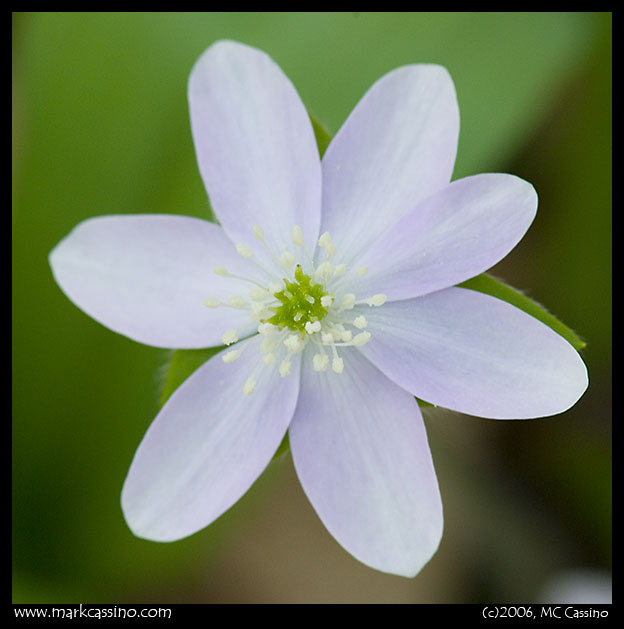 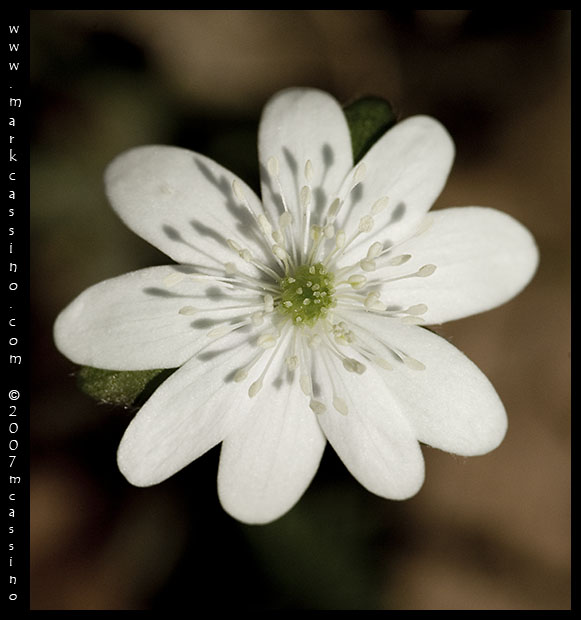 What beautiful pictures! Your an amazing photographer- thank you for sharing.

What is that beautiful 8 petal white flower
with the lemon yellow center??

That is a Bloodroot- Sanguinaria canadensis.