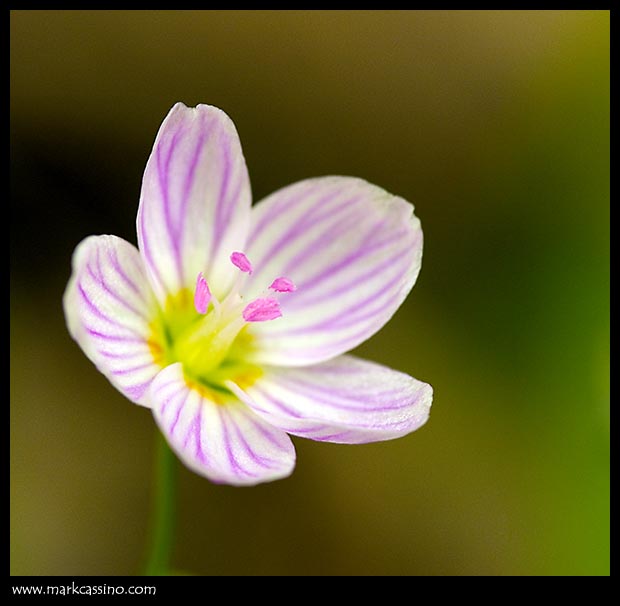 I started writing these essays just over three weeks ago – its hard to believe how much the seasons have changed in such a short time. Venturing out yesterday I realized that the forest has been transformed. The canopy is emerging, and the once bare undergrowth is now lush green. 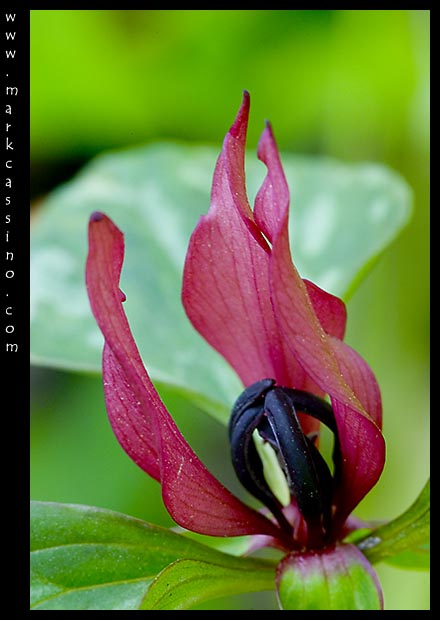 The wildflowers have continued to change as well. The once ubiquitous Spring Beauty is in retreat. It’s still plentiful and common, but the huge patches of it that covered the forest floor just days ago are now gone. Only small clumps or individual flowers linger on. The False Rue Anemone and white Trillium continue to thrive, but they have clearly reached their peak and have begun to fade. Now its the endgame, and the later species of flowers are emerging – bellwort, wild ginger, red trillium, and wild marigold are now out in abundance.  Friday’s trip into the woods brought the chance to photograph many of these species. It also brought a real treat, in the form of a Quadrillium – a Trillium with four petals and four leaves. These are said to be fiarly rare – perhaps as rare as four leafed clovers. This is the second time I’ve seen one, the first time being two year ago. Ironically, as I was hiking out of the woods I thought to myself that finding a four petaled trillium would be the perfect end to the day – and a few minutes later I noticed one right by the side of the path. A perfect end to a morning’s shooting. 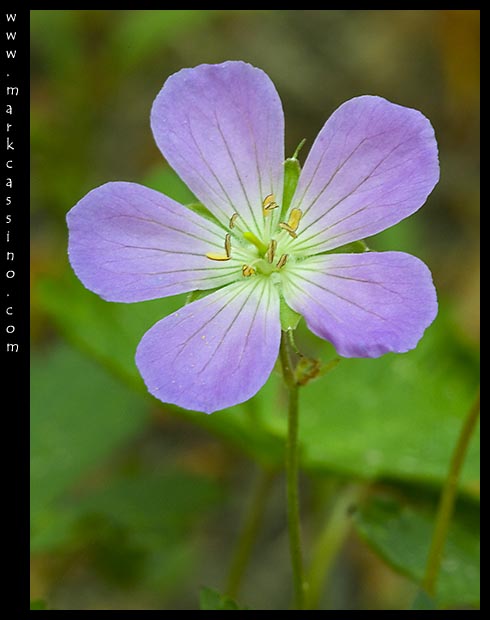 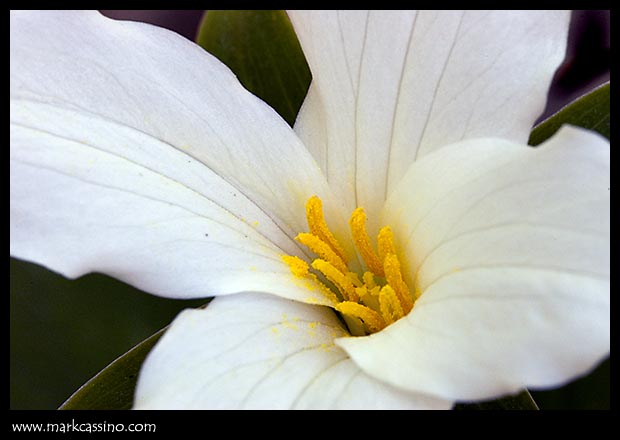 This entry was posted by Mark C and filed under Wildflowers.

Hey Mark. It’s nice to see you writing again. I’ve always enjoyed your written perspective and look forward to the new installments that your blog will bring.

Hope all is well! Enjoy your summer.
- Jerome