The fault, dear Brutus, lies not in the stars but in ourselves." -- Wm. Shakespeare

Yesterday, for the first time in far too long, I headed out to photograph along the Lake Michigan shoreline. My destination was one of my favorite spots – the Northpoint Conservation district, located just north of the VanBuren State Park. 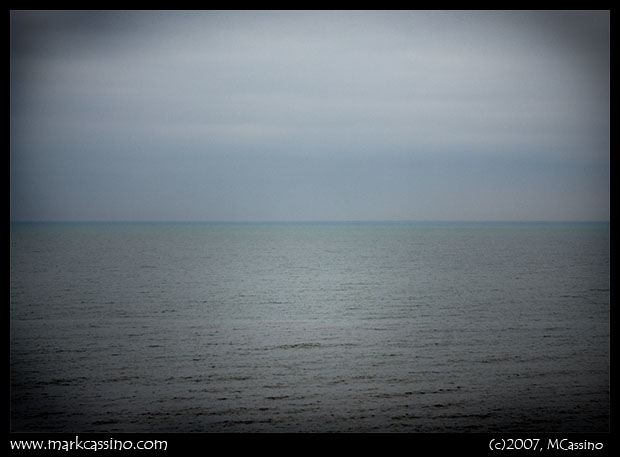 I shouldn’t blame the weather for my lack of productivity these last few months, but I do. It’s been dark, bleak, and uncannily warm this winter. Most winters are dark, bleak, and cold. There’s something about stepping out into frosty cold morning air that snaps you out of the malaise that cloudy bleak days bring on. To some extent, winter’s cold is an antidote to the winter blahs – and stepping out into a dark morning in 30 or 40 something temperatures just deepens the sense of malaise.

So yesterday I schlepped to Northpoint with the Pentax K10D. I really love this camera, though I haven’t had a chance to do much with it yet. At Northpoint I snapped a variety of landscape shots, pictures of trees, shots of the ruins that are claimed to be Al Capone’s incomplete villa, and photos of the big lake.

Not much came of the day. The two shots I like the most are shown here, more are in the image stream. “Lake Michigan In January” is my favorite of the day. Two years ago I took in an exhibit at the Art Institute of Chicago of Hiroshi Sugimoto’s waterscapes. My shot is obviously inspried by (and derived from) his work. But what the heck – it was the first time I could stand on the bluff overlooking the lake and not have to worry about the wind blowing the camera over. A good degree of manipulation was applied to this shot – the vignetting in particular is a post exposure construct. But ultimately, I like how it looks. 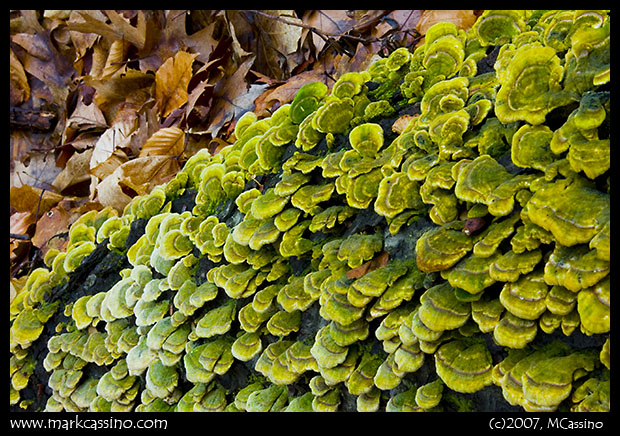 “Fungus and Leaves” is my other pick from the trip. (You know you’re scraping the bottom of the barrel when you sing the praises of fungus.) The warm weather has left the fungus green. (I’m no botanist but I’d swear fungus doesn’t have any green chlorophyll in it…) Well, maybe the algae that lives on the fungus is green. Anyhow, the green fungus and brown leaves on a dead tree limb that was sinking into the muck made for an interesting study.

Oh, I wish it would get cold and snow…

But the fault lies not in the weather, but in myself. Every second in every place there are great photos waiting to be taken - but woe the milky eye (or spirit) that cannot see... 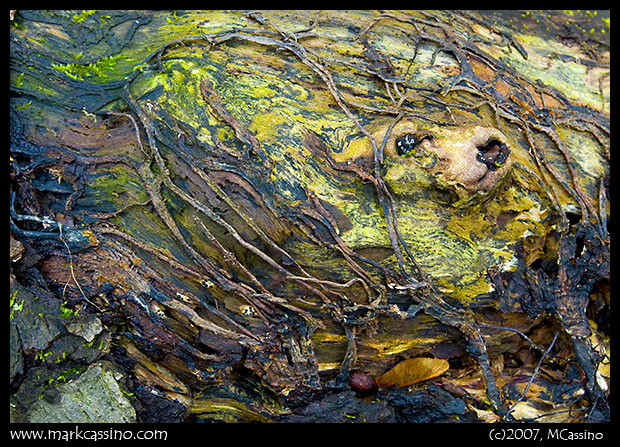 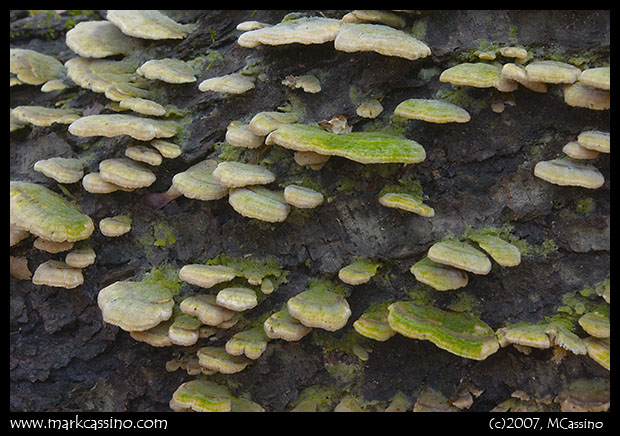 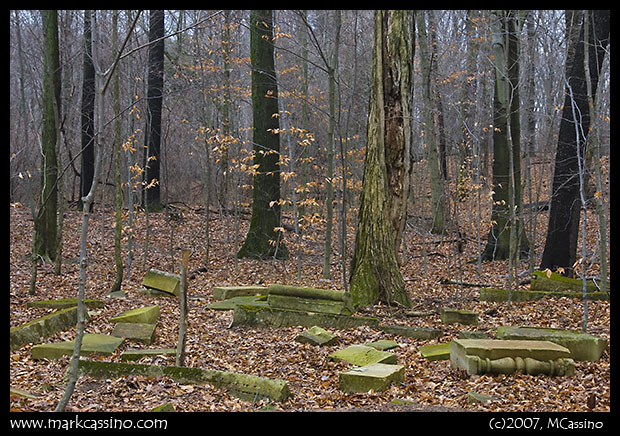 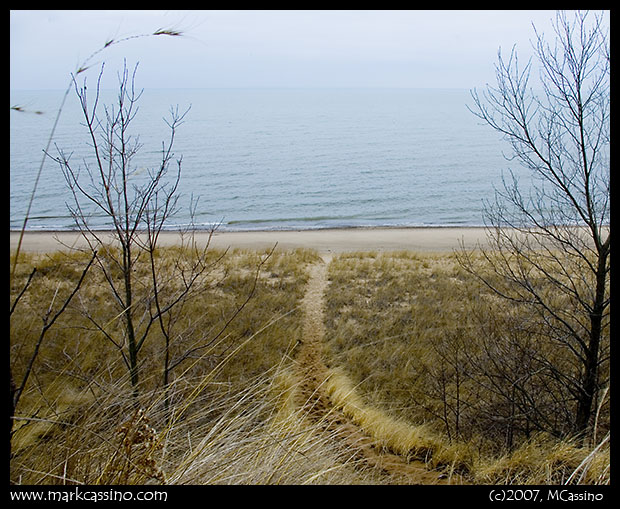 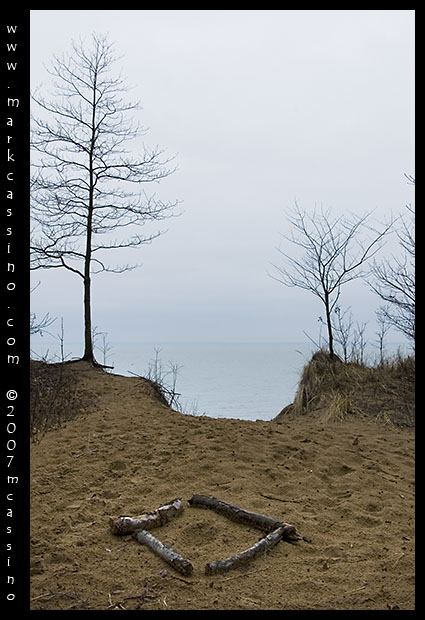 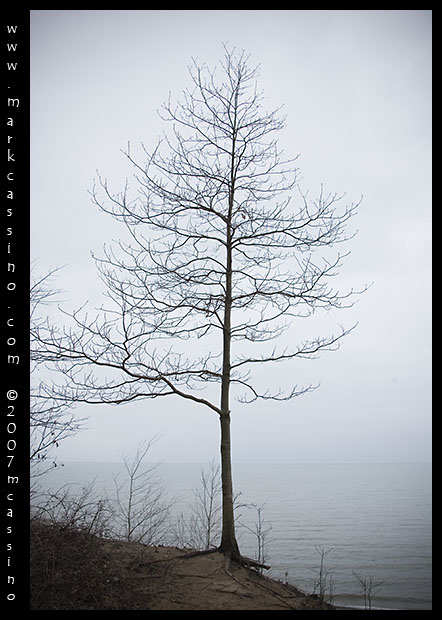 relax, mark, it’s winter. we’ll all pull it all together in the spring.
that should be sooner for me, though i watched actual snow falling here in vegas today. not actually reaching the ground, though it did at slightly higher elevations.

those are some nice photos. i especially like beach trail and ditch. from a ditance now i can say that michigan woods are the lake are,well, nice, and great photo subjects. but often not easy, especially with the various effects of michign weather.