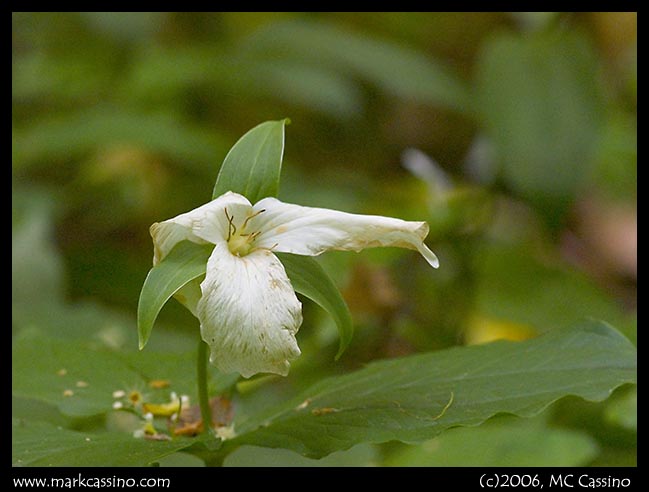 Over the course of the last several weeks I’ve posted a few notes about photographing spring wildflowers. There are places that I visit only for the spring wildflowers, and these essays have tried in a small way to chronicle the succession of wildflowers that grace the springtime woods in Michigan. In late March, wild garlic emerges from the dry leaves that carpet the forest floor. Hepatica and trout lily leaves emerge early in the chill of late March and early April. The leafless tress let light down to the forest floor, and the early emerging plants soak up the direct rays, using their few brief weeks when they have emerged from the earth to store a year’s worth of energy from the spring sun. After the wild garlic (which never flowers but presents the first carpet of green) and the marvelous blue and white hepatica, the real heyday of the wildflowers begins. The hepatica are sprinkled across the forest floor, but soon spring beauty, trillium, rue and wood anemone carpet the ground. Skunk cabbage, tree seedlings, and other non-flowering foliage also emerges. The forest leaves begin to emerge at this time, resulting in a filtered, patterned light reaching the forest floor. 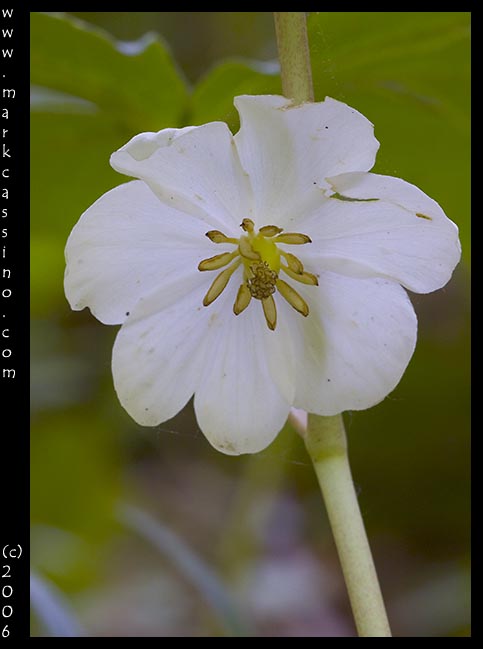 It is at this time that the diversity of spring wildflowers reaches its peak. Amid the hordes of trillium, spring beauty, and anemone, are flowering trout lilies, bloodroot, Dutchman’s britches, Squirrel Corn, and violets – both Canadian and Sweet. Wetland areas are covered with marsh marigold and swamp buttercup. This is when the red and nodding trilliums appear, bell wort, wild ginger, and jack in the pulpit. Later in the cycle, wild ginseng and blue eyed Mary emerges in patches. And then suddenly the corner is turned. The trillium fade from white to purple, and flowers collapse into rot. Anemone drop their petals, and spring beauty, after launching flower after flower, bend over with a chain of small seed pods, paving the way for the next season. 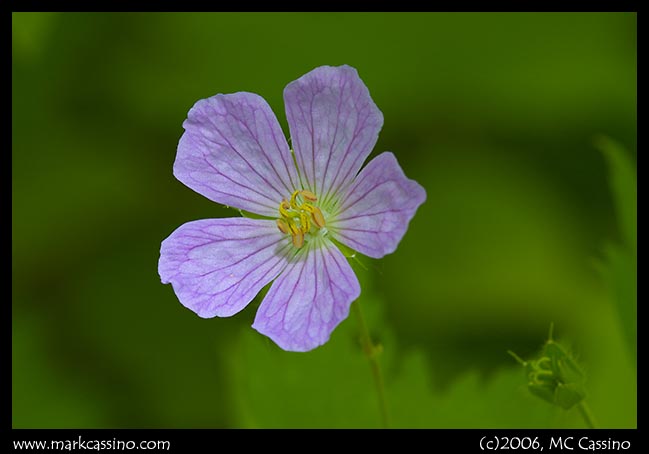 A few late comers appear on the scene – wild geranium manages to rise up and bloom in the now shady and dark woods. May apples – whose foliage have stood like umbrellas since early spring – finally bloom late in the cycle, with their large white petals often obscured under the large round leaves. Although many of the flowers have faded and gone, the foliage continues – drawing in energy until the next spring. When I visited the woods yesterday, the wild garlic leaves were finally fading away. Bloodroot leaves, on the other hand, are almost as large as baseball mitts. Hepatica leaves, tout Lilly, and trillium foliage abound. Skunk cabbages luxuriate in the wetlands, and for the next several weeks the forest will glow green, even without the adornment of wildflower blossoms. As the summer advances this undergrowth fades – only the small trees and brush preserving a green undergrowth as the forest canopy thickens and cuts off the light to the ground below. 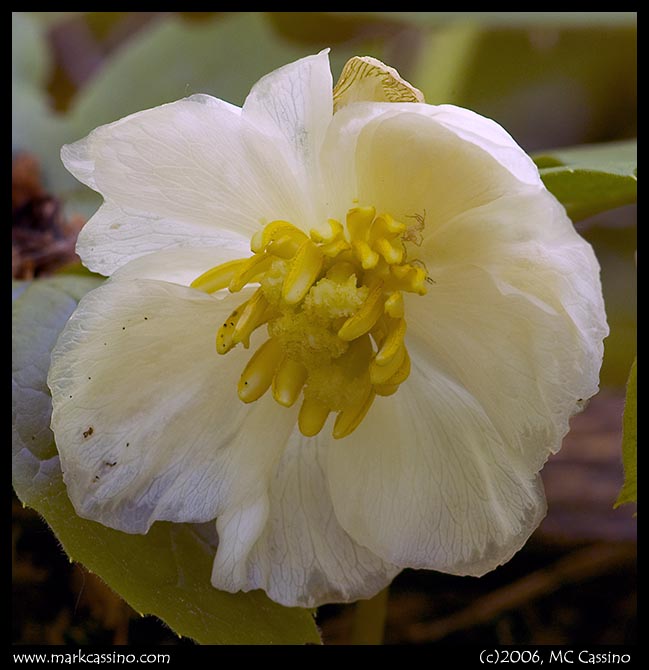 This last visit showed many faded and ragged trillium blossoms. The trees have begun dropping seeds, and the remnants of their flowers, so the plants below were covered with this detritus. I took a few shots of wild geranium and the late blooming May Apple flowers – drawing upon Karl Blossfeldt’s work for inspiration, in particularly in regards to the marvelous detail and structure in the May Apple flowers. But ultimately, all things must end. I expect that this will be the last post of this subject until next spring. Of course, the climate changes a lot in a short distance, and if I traveled north or closer to Lake Michigan, I could probably find areas where the wildflowers are weeks back in the cycle. But its time to look for some new subject matter – in particular to find some decent insect subjects – as so I’ll say goodbye to the spring flowers for now.

This entry was posted by Mark C and filed under Wildflowers.

I am looking for a wild gensing blossom photo for an old timer that has retired, he just wants to recall the memories. Do you have any good ones? Thanks.

Thanks for your message - give me a day or so to look through my files, I know I have some shots, maybe one would be of interest.

Did you see these?