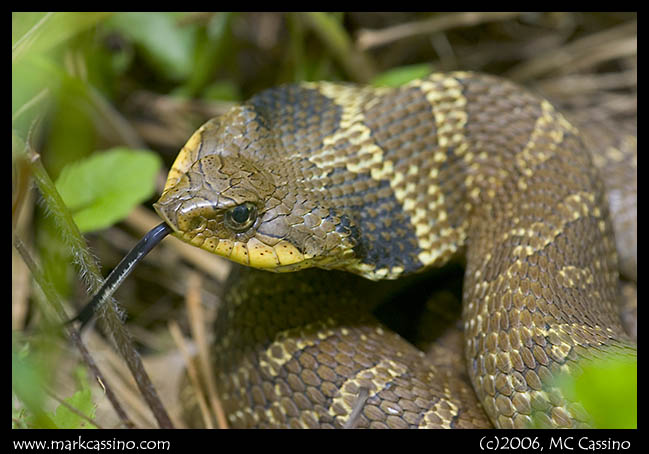 ….a.k.a. Eastern Hognose Snake (Heterodon platyrhinos) Yesterday I managed to slip away for an hour or so of nature shooting.

I went to a nearby city park, hoping to get some insect shots. I only took my insect rig, since I knew that any more elaborate shooting would be out of the question due to the time constraint.

Well, the bugs were a bust. I followed a few Pearl Crescents around, but came up with no good shots. Aside form one or two female white tailed dragonflies, I saw no Odonata. I finally stepped a few feet off the trail, into the wild garlic mustard, in hopes of snagging a shot of a good sized fly on leaf. “Wow,” I thought, “that fly sure does have a loud hiss!” then I looked down and saw this fellow a few inches from my hand.

Michigan has only one venomous snake, and even that is fairly uncommon, so there is no need to worry about the snake you run into in the field. Odd are, they are more scared of you than you are of them. Since this was a more interesting subject, I stepped back and grabbed a few shots. The species is readily identifiable as an eastern Hognose snake, based on its upturned nose. This specimen is puffing up its head and neck area in threat display / bluff. I just grabbed a couple of shots, and being out of time anyhow, moved along. 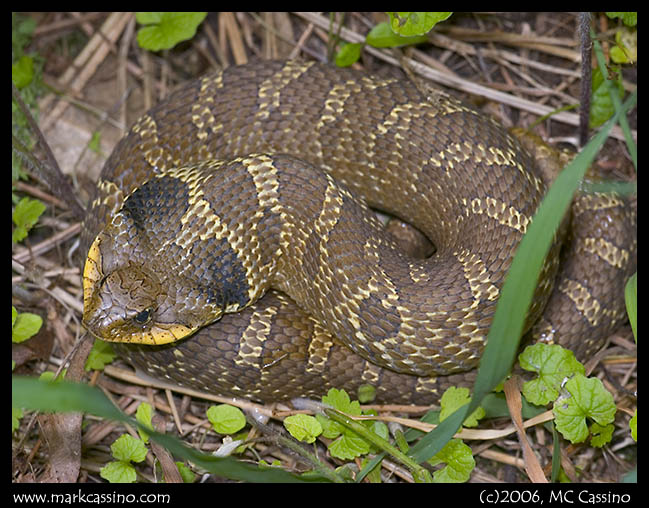 This entry was posted by Mark C and filed under Herpetological Photography.