It looks like a late spring translates to be a short spring. Visiting wildflower patches a few days ago, I’m amazed at how quickly things have progressed. The hepatica is virtually gone – just a few sprigs of it here and there in shaded areas. Now Spring Beauty and Rue Anemone cover the forest floor. Trout Lily, Bloodroot, and Trillium are all peaking or near peak. It looks like things have quickly moved on to the later stages of activity – lining up with the calendar.

While the trees are just starting to green up, Blue Darner Dragonflies are already locally abundant – migrants from the south. I watched them depositing eggs in the shallow water of the vernal marsh in the Allegan Forest – getting ready for summers brood. Hopefully Blue Dashers and other spring dragons will be appearing soon! 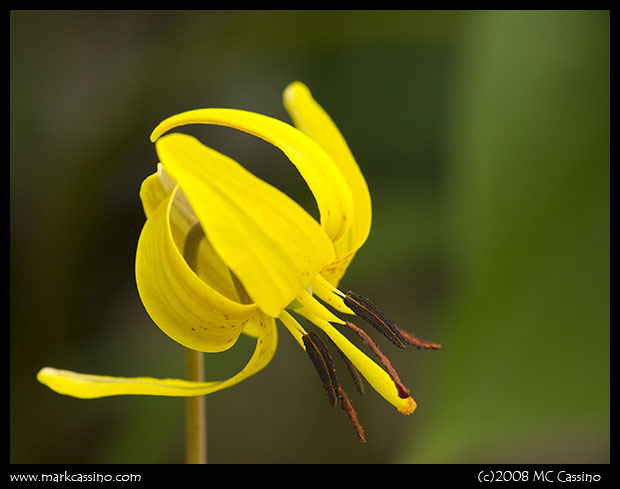 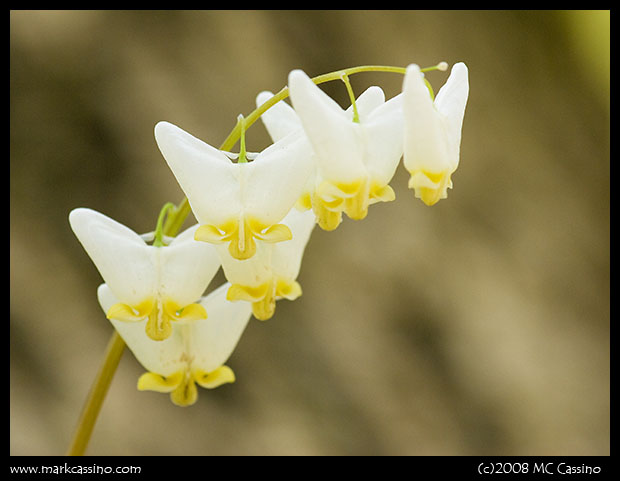 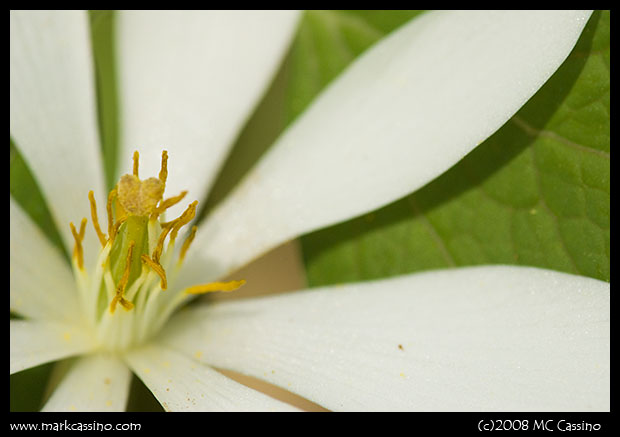 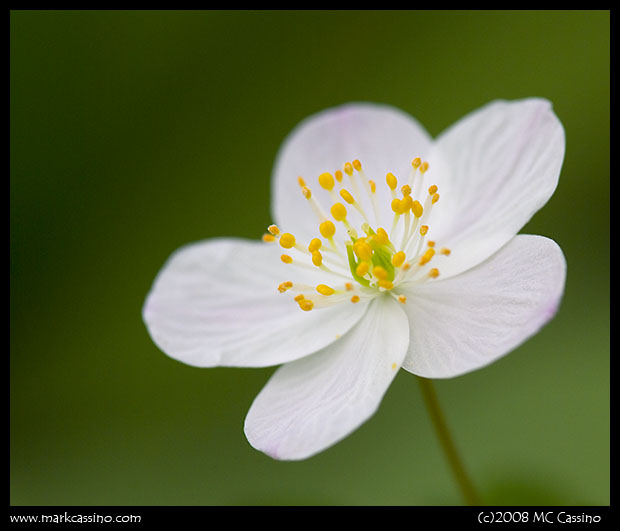 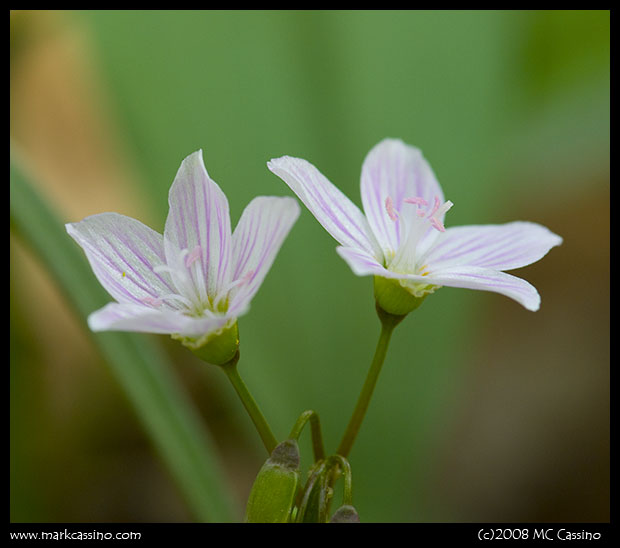 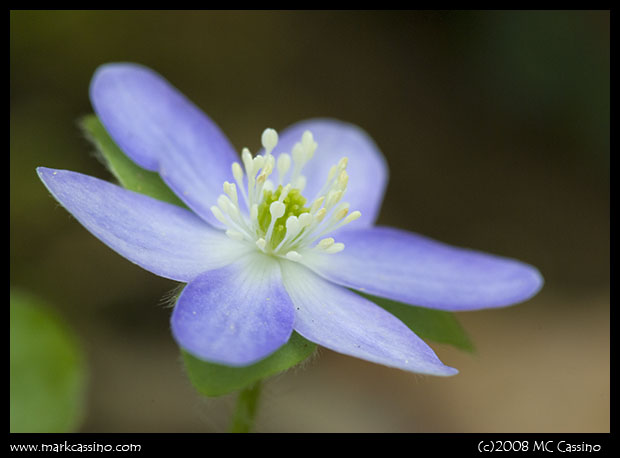 Yesterday I extended my search for early spring wildflowers to the Allegan Forest. Although this is the largest tract of open land in south west Michigan, I haven’t had much luck spotting wildflowers there. Virtually all of the land has been farmed in the past – maybe 70 years ago or longer – and that disruption of the soil is enough to finish off many wildflower species.

However, last year I found a few fading hepatica on the south side of a steep bluff along the Kalamazoo River. I returned there this year hoping to find more wildflowers – and to my surprise found a thriving population of blue hepatica.

The bluff drops about 70 feet from its peak down to the river – as measured by a GPS unit. The slope is pretty steep, but an old road is cut into the side of the hill, leading down to a flat area near the water. Probably an old boat launch, it is now barricaded and hepatica is even springing up along it. The road provides easy access to the flowers on the steep hill.

I had a very pleasant morning there, shooting the wildflowers as numerous Mourning Cloak and Question Mark butterflies flitted around in the air. It’s great that spring is finally back! 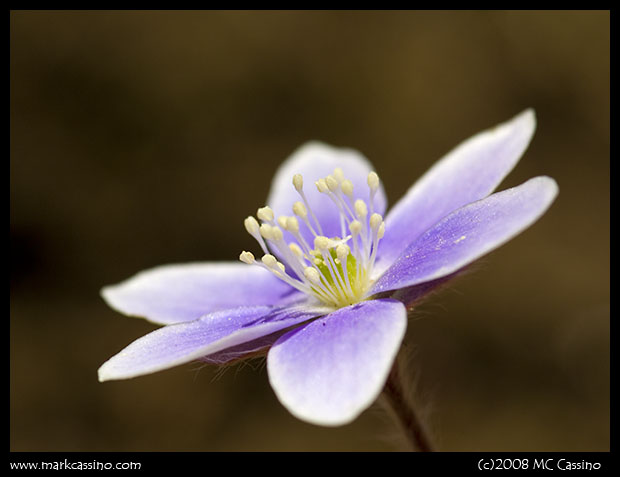 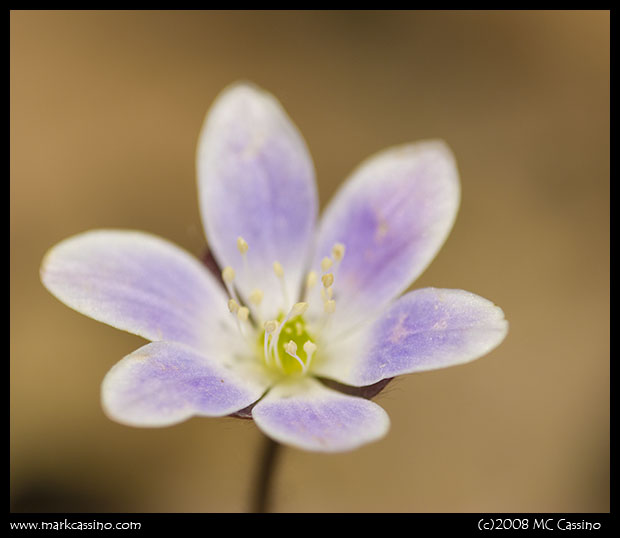 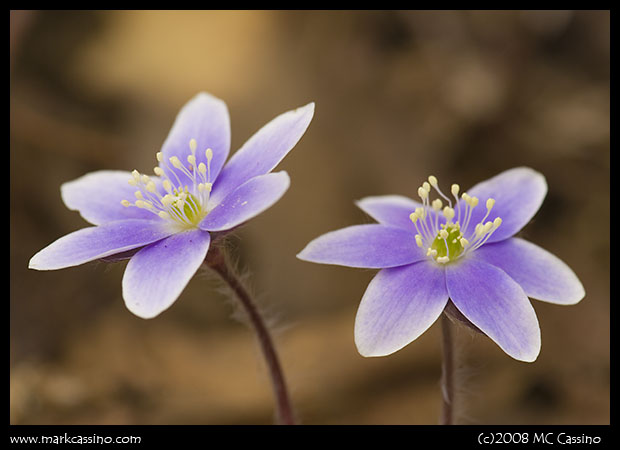 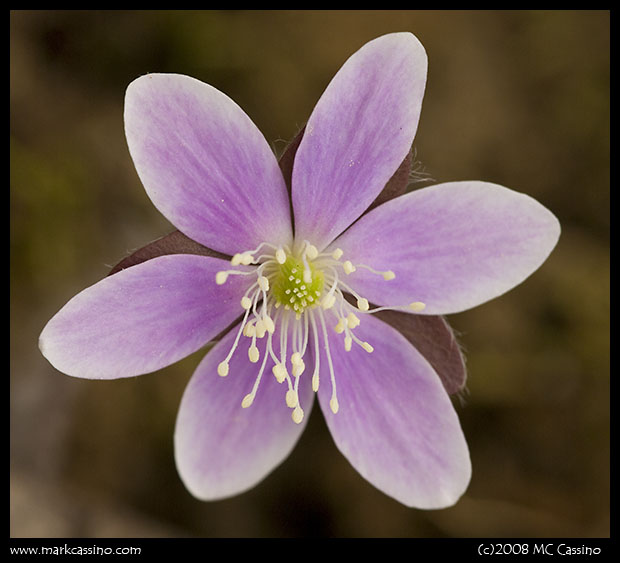 Cold breezes drift around me as I stand in the bare woods. There are no leaves on the trees. The ground is a carpet of brown and gray leaves. The back into the woods was muddy and flooded.

It’s mid April and so far my trips into Michigan’s southwest corner – home to exquisite spring woodland wildflowers – have been fruitless. Today the sun shines, burning off the chill of a clear, cold night.

Heading towards the creek, signs of spring start to appear. Wild garlic pops up here and there, and soon I’m following a path with big patches of deep green leaves on both sides. Harbinger of Spring blooms here and there. Finally, the first few hepatica appear.

Spring may be late, but we’re early in the season. As the day warmed more and more hepatica opened. In a few days the forest floor will be carpeted with these dime sized blooms. So here is a first taste of spring wildflowers – more to come for sure! 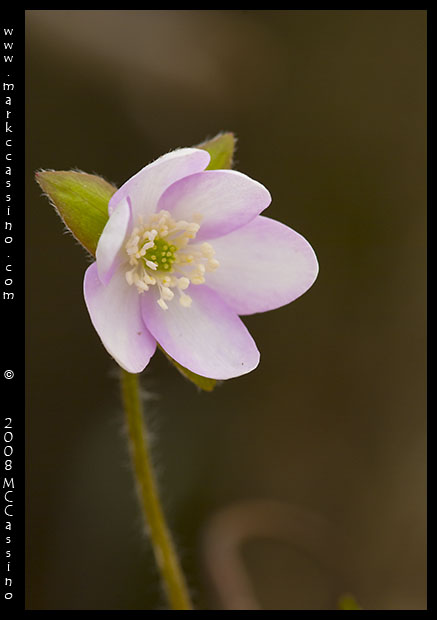 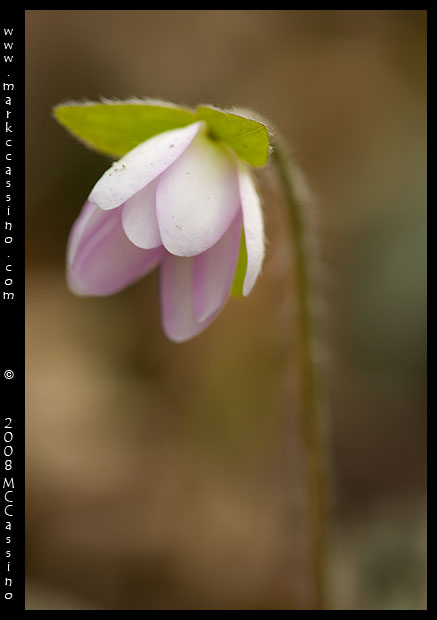 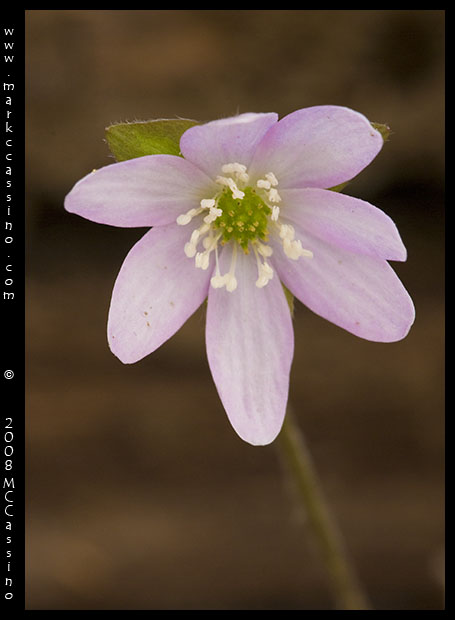 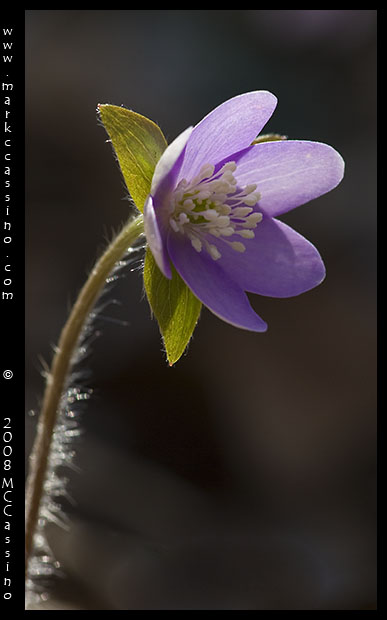 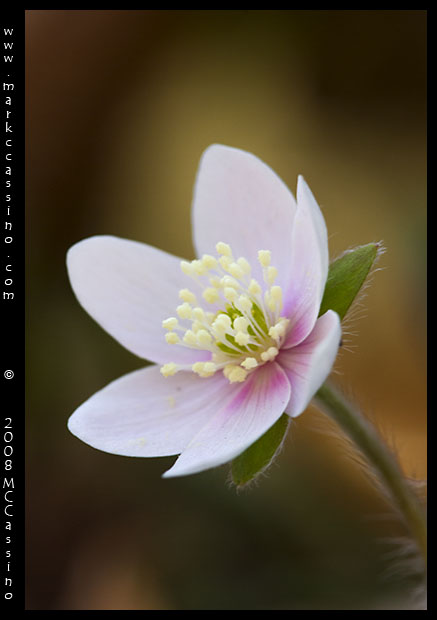 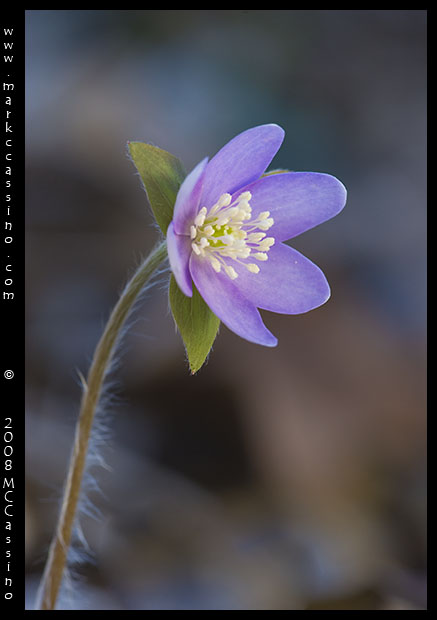 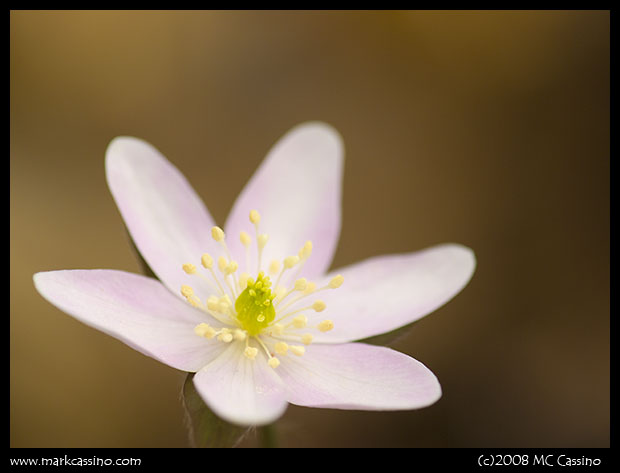 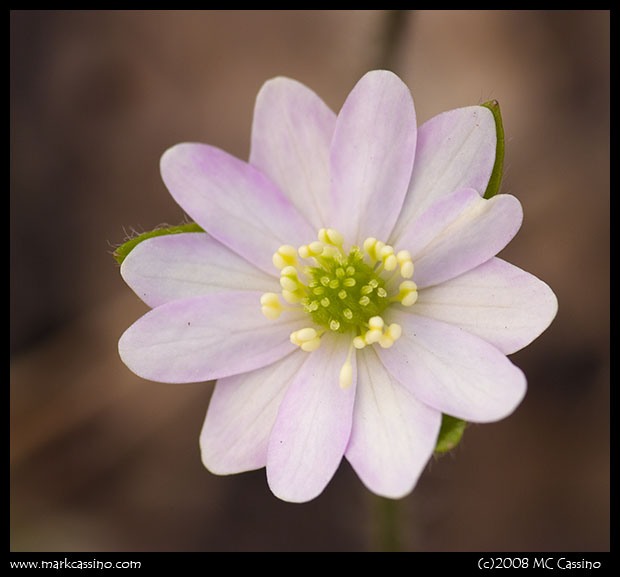 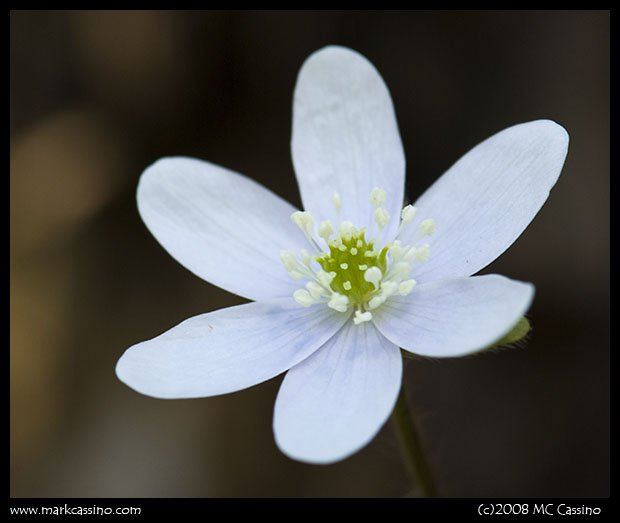 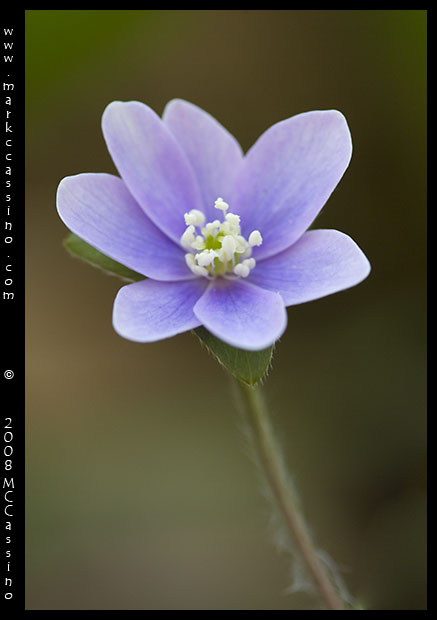 Spring is hiding this April – lurking in the melting mounds of snow that shrink at the edges of parking ramps, under the brown grasses and leafless trees, in the cold rain that falls more often than not. Now wildflowers are blooming – yet. Few insects take to the air. A few green buds hint at what is coming.

Late last week, though, the sun shone brightly and temperatures rose enough to melt most of the remaining snow – except in the shaded places. I went to the Allegan Forest to see if I could coax out some glimmer of the hidden season with an infrared photography session. What better way to search for something hidden, than to look with invisible light? Or so goes my logic, or whatever.

At least the melting snow let me get at areas that have been difficult to reach these last few months. First off was a visit to the vernal pond – more like a vernal marsh – off 48th street. Beginning in a few weeks and then for the rest of the summer this place will be full of all sorts of dragonflies. This is the time of year when the marsh is the most flooded – this shot below shows (in graphic infrared hues) the flooded out and trampled down grasses that will rise up 4 or 5 feet out of the marsh by late spring. By July or August I’ll be walking through the area shown here – the marsh will shrink down to just a small wet area (the heart of the marsh) by the end of the summer. 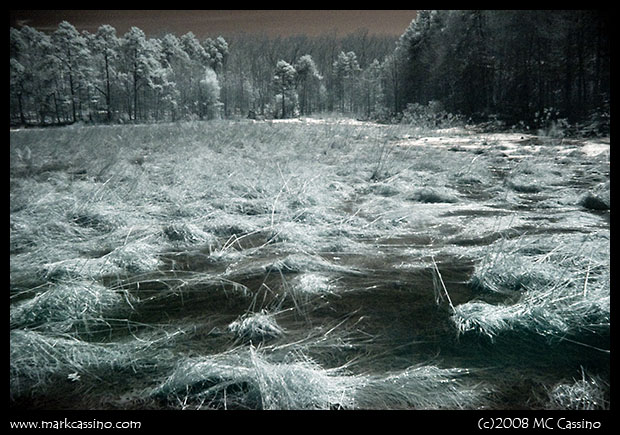 But surely dragonfly larva slink through the icy waters, even now, dreaming of the days when they will take to the air…qq I also visited some areas north of the river – along the bluffs rising above the flooded flood plains below. In particular I explored a steep embankment off 125th street – which is a rutted two track at that point. The steep slope faces due south, and the first hepatica leaves, and even a few flower buds, were poking out of the dried leaves. The micro climate at this place makes it green up earlier than anywhere else that I visit, so in a week – maybe two – the hepatica should be abundant elsewhere.qq Here’s another infrared shot from the same area – this one of a pine tree, somewhat close up, though not a close-up. Not much to say, but I like it. 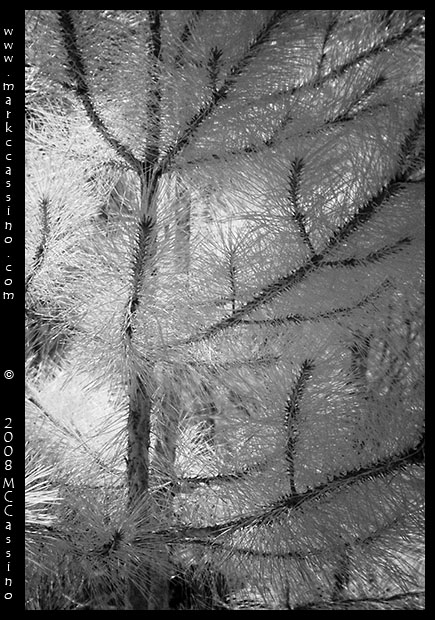 All of these photos were taken with the Pentax *ist-D and an RM90 IR filter.

I also experimented with Rollie IR400 during this trip, shooting alternatively with an R72 IR filter, and a standard #25 red filter. The first time out with this film was not so successful – none of the shots with the R72 filter came out well, and the shots with the standard red fitler show little IR effect (though as a standard B&W film it looked fine.) The shots with the R72 filter were metered at ISO 25, and were bracketed one stop plus and minus. In hindsight, I realize that I should have metered at ISO 12 or even 6 – so I’ll be back to try again. I also underdeveloped the film – which did not help things.

Well – let’s hope I got all the mistakes out of the way on this first try. With 4 more rolls in the fridge, I’m eager to give this film another try. In the meantime, here are some other digital infraed images from this spring: 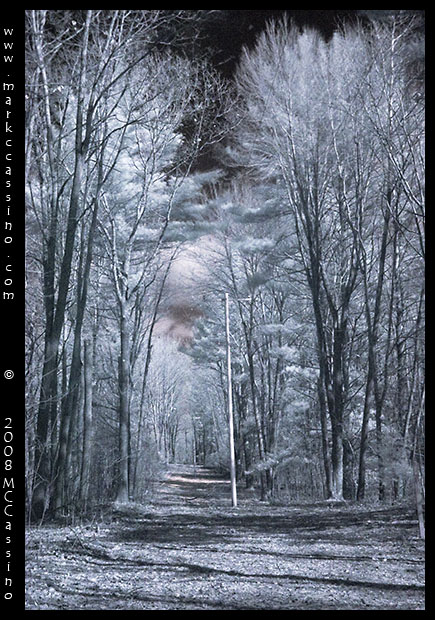 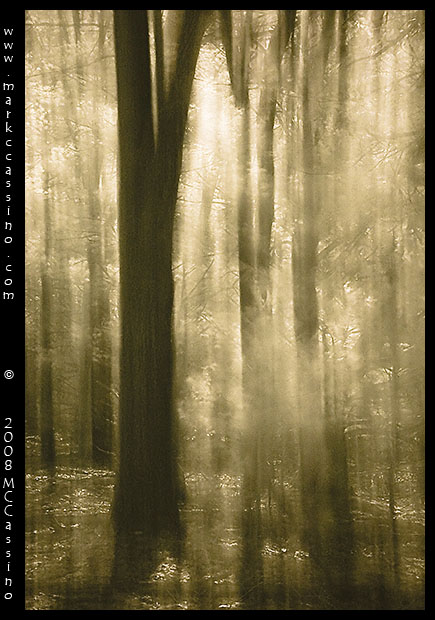 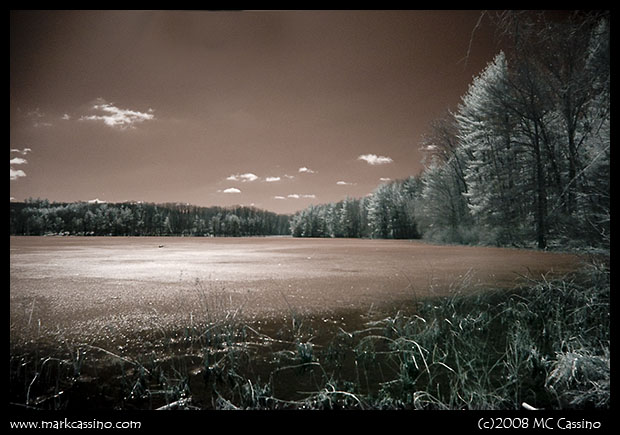 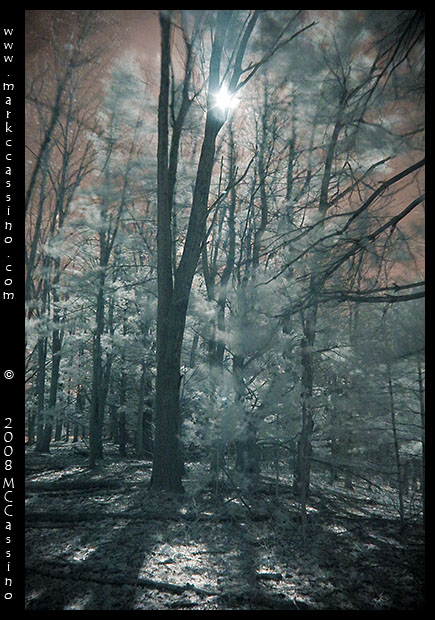 It's something of a tradition for me to make a shot of a honey bee in a crocus flower the first insect image of the season. This year's image is later than most - lingering cool weather and snow storms have delayed the crocus blooms a bit. But yesterday brought a warm spell and a bit of sun - an now the insect season is officially launched! 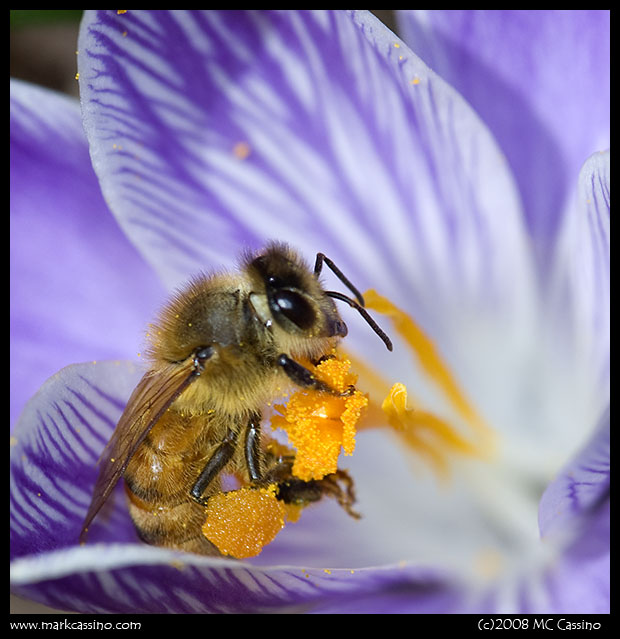 A few months ago I had the privilege of being interviewed for an article in Encore Magazine – a publication dedicated to the people and happenings in the Kalamazoo area. The author, Patrice Mindock, did an outstanding job on the article. The magazine is hitting the streets right now, but you can click here to check out the online version (the article featuring yours truly starts on page 16.) For more about Encore Magazine, see www.encorekalamazoo.com.