The summer of 2008 was long and lush. Frequent heavy rains kept even the most sandy fields vibrant green throughout the season. And the summer like days clocked on through September, and even into early October.

Now fall is here in full force. This year does not bring a bright, colorful, vibrant fall. I expected that it would, reckoning that the long and productive summer with result in fabulous fall colors. But instead the greedy trees hang onto their green leaves right up to the last minute. They wither, turn brown, and drop. There is, of course, a splash of color here and there – but a highlight and a splash. Otherwise olive tan is the color of the season. 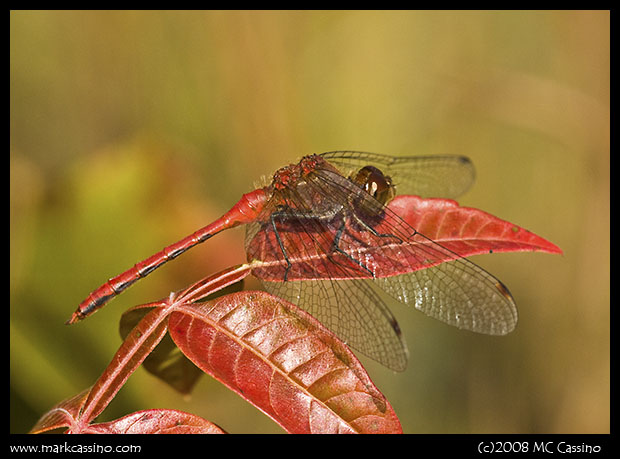 A few trips into the Allegan Forest and McLindon trails have netted little result. The Autumn Meadowhawks cling to the low vegetation – grasping on short plant stalks or landing on brown leaves; resting on the ground. They are a lot like the Dot-Tailed Whitefaces that were among the first dragons to appear in the spring. Fall ends as spring began – with me lying in the sandy soil, trying to coax out a shot or two of the infrequent dragons. 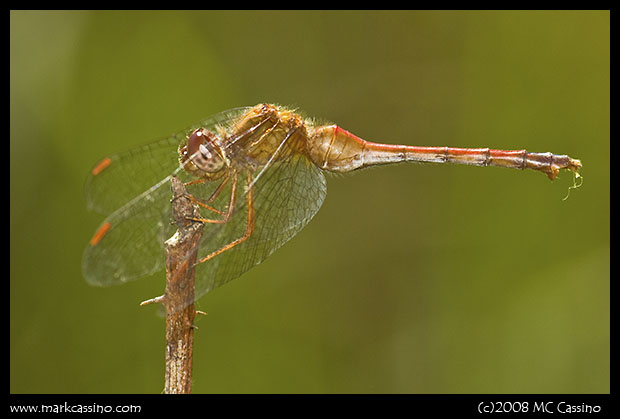 And so, barring anything unexpected, here are the last dragons of 2008 - a few shots of the reliable Autumn Meadowhawk, plus a couple shots of a either a Ruby Meadowhawk or a Saffron Winged Meadowhawk. (It looks more like a Ruby, but Saffron Wingeds are more likely in October.) 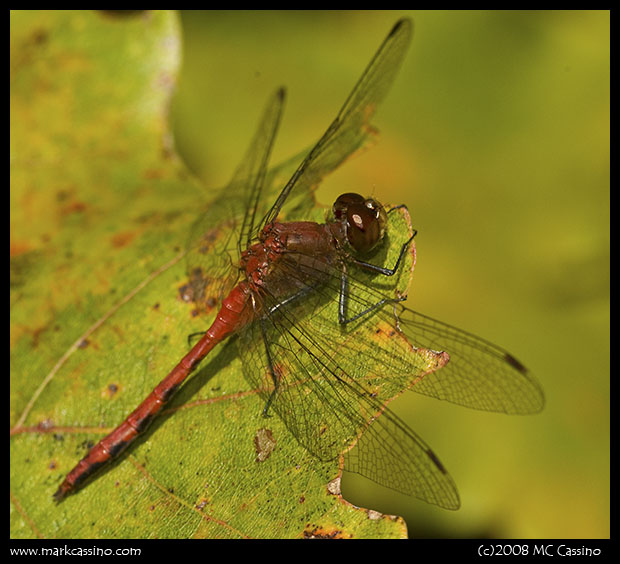 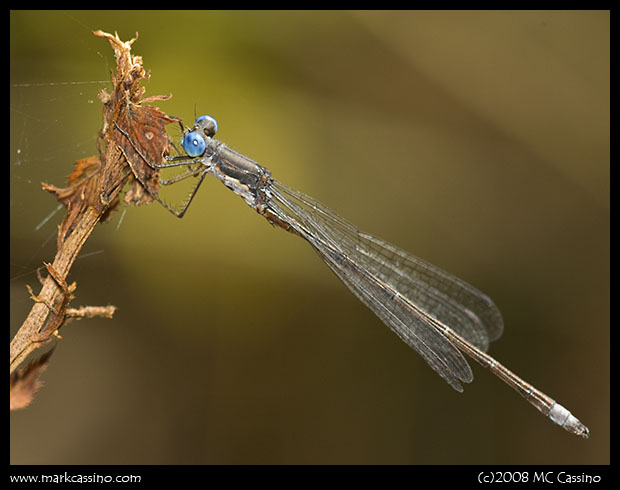 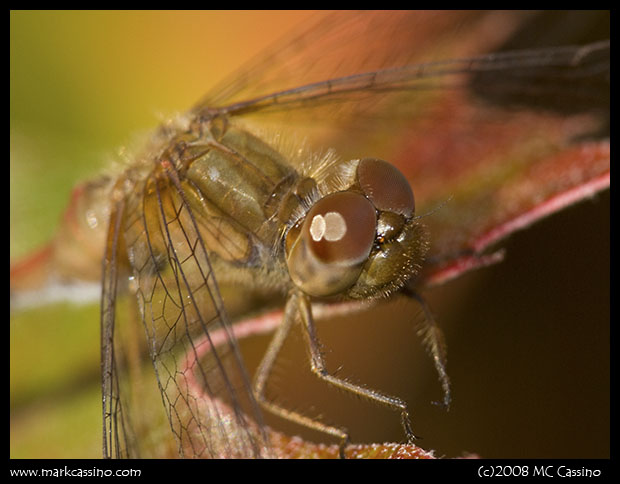 Last spring a patch of weedy, straggly looking plants appeared in my garden. I was fairly confident that they were some sort of flower, so I let them go.

The strip of dirt that I laughingly call my garden is really just a cultivated collection of wildflowers and weeds. In recent years it’s been the site of a more or less Darwinian competition. For a while the worst of the weeds - most notably spearmint and ragweed – held the upper hand. They choked out all but the most hardy cultivated perennials, and only the peonies were really able to hold their own. 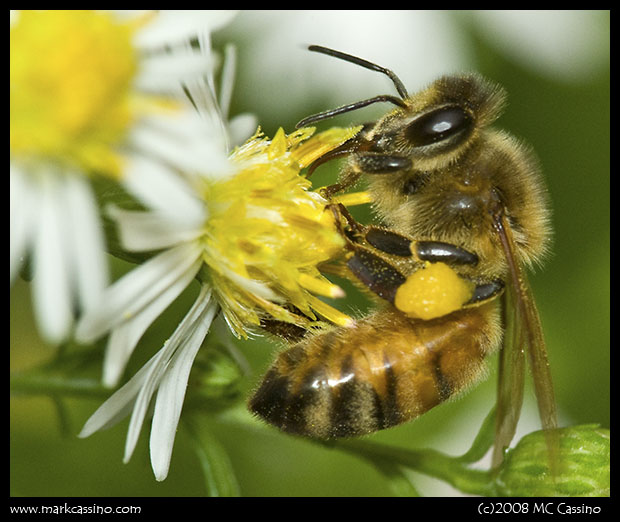 The Queen of the Prairie has always been able to struggle through the mint. And a few years ago some grey coneflower finally took hold, and is on its way to taking over. Combine that with the phlox, golden rod, and fall blooming clementis, and the garden has something blooming almost every week of the spring and summer.

So – this patch of weedy green… By mid September I was about to give up on it. But as the month progressed I was pleased to see a few buds appear on the straggly stems.

Then in early October I was happy to see the plants burst out in small white flowers. This patch of weeds that I had almost given up on turned out to be a dense clump of fall blooming aster. The small white keep on blooming, and here in mid October it is just now starting to fade.

No one appreciates these last flowers of the year more than Honey Bees, Apis mellifera. On a warm October afternoon, the patch of Aster would be literally swarming with them. So for a couple of hours on a couple of afternoons, I sat in the grass and took a few snapshots of the bees working away at the flowers. As I’ve said before - bees are among the first insects to emerge in early spring, and the last to disappear in the late fall. A couple shots are here, more in the image stream. 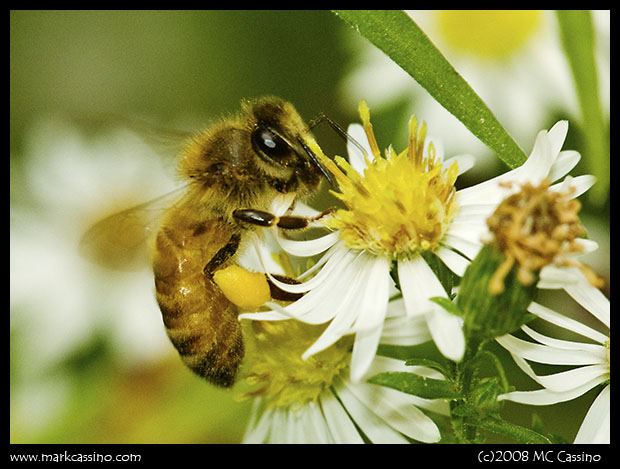 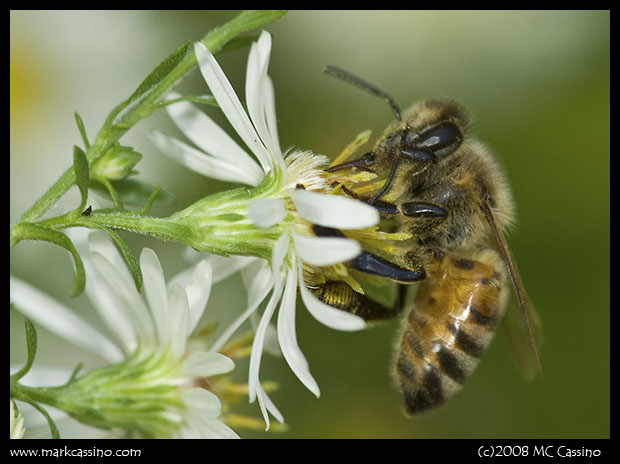 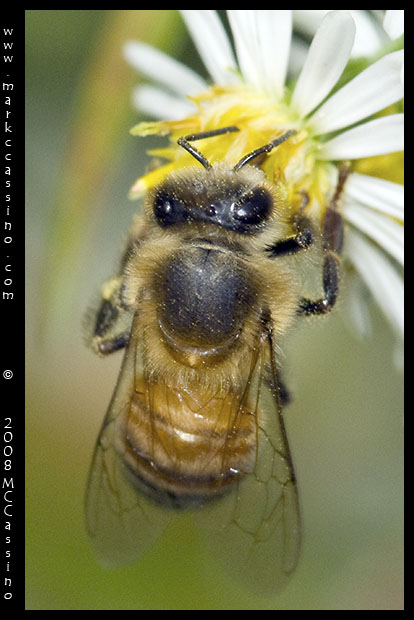 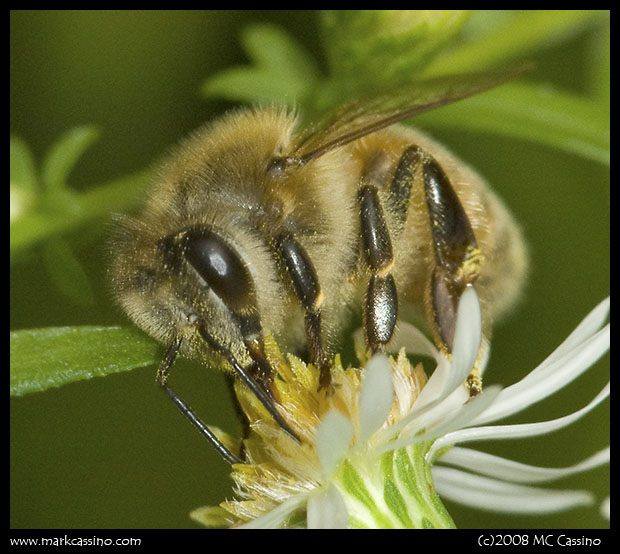 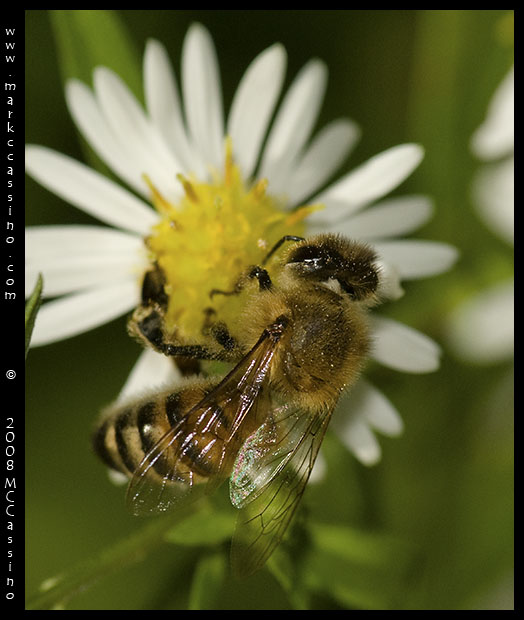 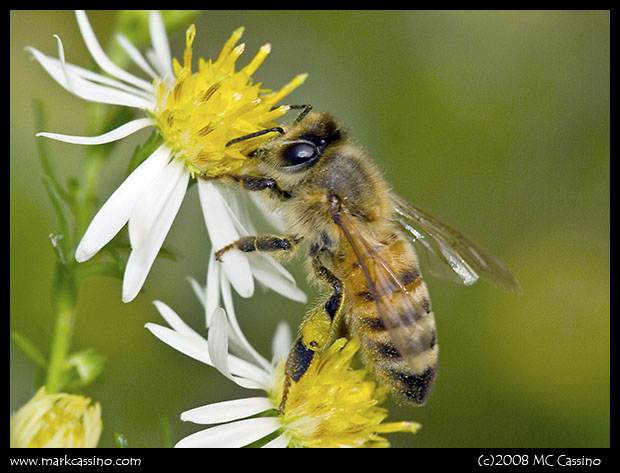 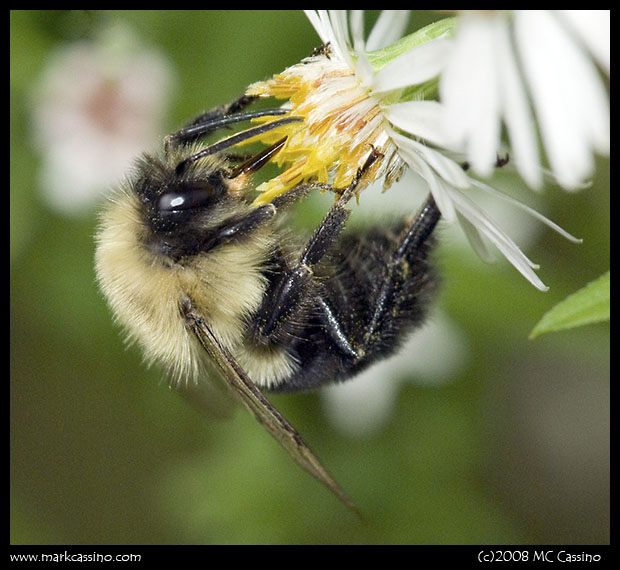 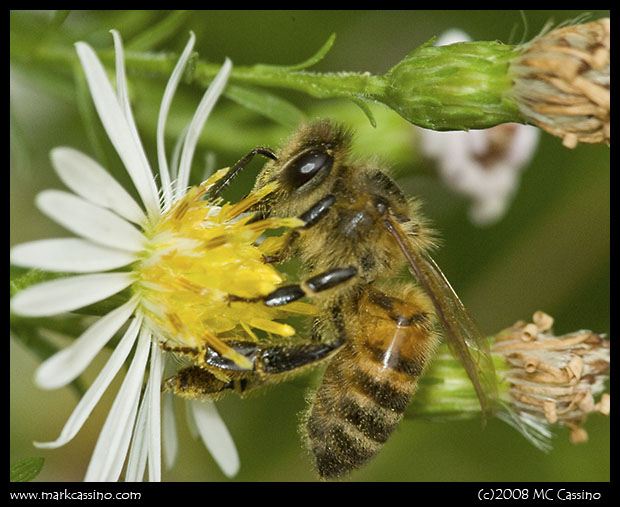 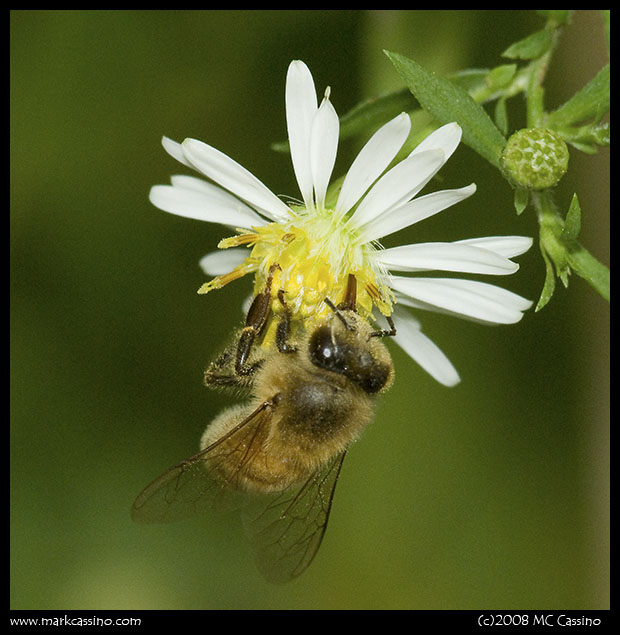 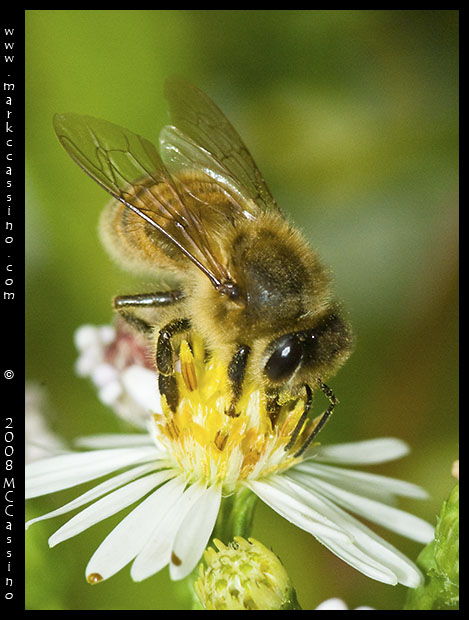 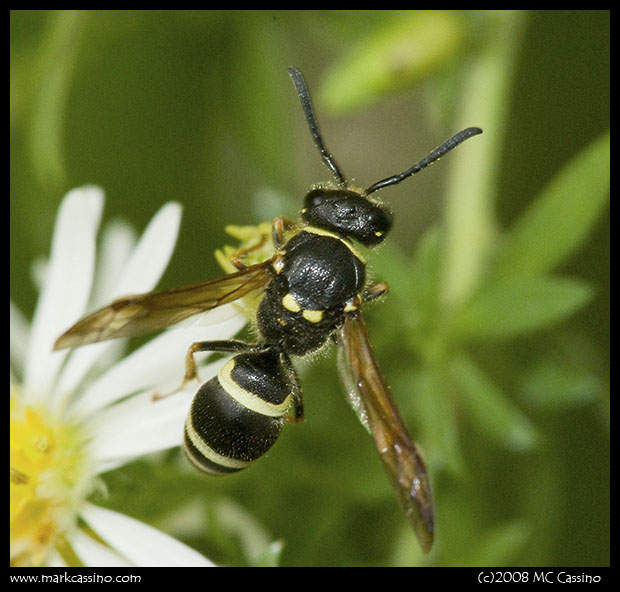 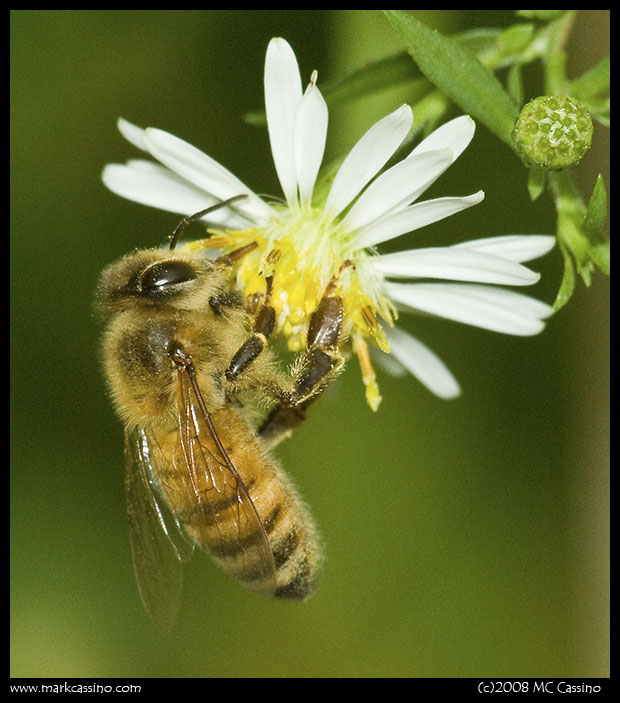 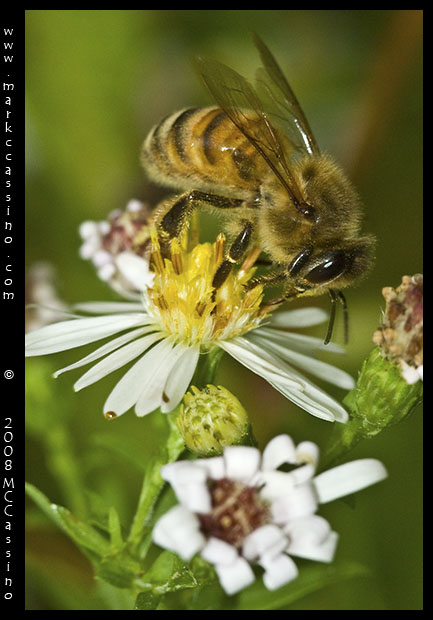 Fall is on hand and with it comes Battle Creek’s Fall Art Walk - Fall Into the Arts. I’ll be participating this fall with a dash of winter - a collection of Snow Crystal prints to be displayed in Barista Blues Cafe’.

Located in the ground floor of the heritage Towers, Barista Blues will also be hosting live music at the event.

The Art Walk runs from 5 – 9 on Friday, October 17, 2008. I’ll be there with lots of Snow Crystal prints on the walls of Barista Blues. I’ll also have copies of Imperfect Symmetry – the snow crystal book. Plus there are lots of other artists and events in the city that night. (Not to mention a whole lot of great food and drink.)

If you are area – stop on by. For the full scoop on the Art Walk check out the online brochure at http://www.downtownbattlecreek.com/pdfs/Fall_into_the_Arts_2008_Brochure.pdf.