Inbetweenies in the early morning.

After an uncannily warm December and January, February in west Michigan is slated to go down in the record books as the coldest second month ever. That’s been good for lake effect snow, and good for snow crystal photography.

Early this morning – 1:30 to be precise – I was wrapping up some business on the PC and chanced to look out the window. Heavy snow was falling – a quick check of the weather map showed several bands of lake effect snow working their way over the area. So despite the early (or more accurately late) hour I headed out to capture a few new snow crystal shots.

So, I’m back to wondering about ending again. Just like with the dragonflies last fall – where with each new subject I wondered if it would be the last – now I find myself wondering the same thing about snow crystals. Once the warm air come this week, with that be it?

Like I said before, beginnings are easy to spot, it’s the endings that sneak up on you.

So I spent a couple of hours this morning in the garage, snapping away at snow crystals. The BBC was on the radio, and after 2 am the program shifted from the news to a discussion of African pop music. The lively tropical music was just the thing to offset the cold dark morning winter night – I imagined that the snow flakes were the notes of the music dancing and swirling around in the sky. 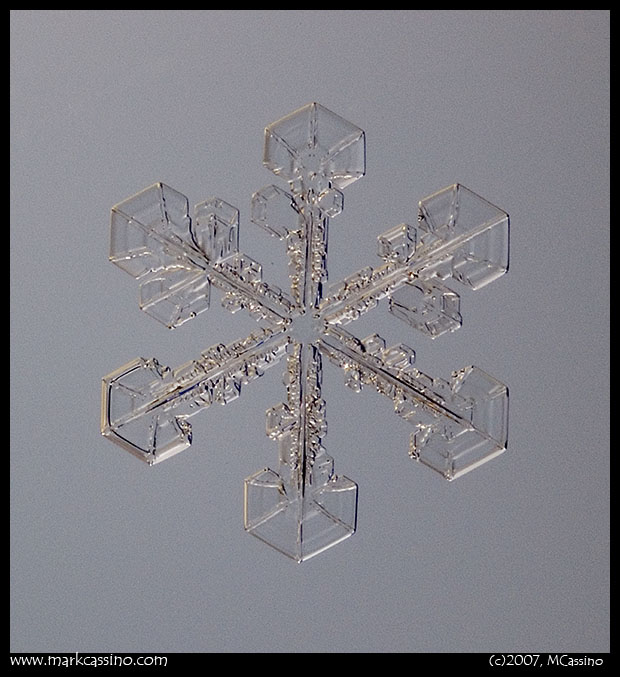 Lake effect snow comes in bands, and in the matter of minutes you can go from a total whiteout to clear skies – and then back to the whiteout. The best snowflakes for photographing are the ones at the start and then end of a band of new snow. Between bands snowcrystals are few and far between. At the peak of a snow band the flakes fall in dense clumps – too thick, too stuck together for good shots of individual crystals. But in those in between times the crystals fall densely enough to get a good collection on the glass plates quickly, but not so thickly that they are stuck together or jumbled up on top of each other.

Suddenly I find Ian Drury’s “Inbetweenies” – wow, been a long time since I thought about Ian Drury and the Blockheads.

A lot of photography is about being there where the shot is available to be taken. And a lot of ‘being there’ is being willing to step out into the cold, the dark, the distant corner that takes a while to get to and your never sure what you’ll see when you arrive…

And maybe willing to get up with just a couple of hours of sleep, and slog through the day (even a Sunday – never got around to that nap I planned.) Well, makes for rambling blog entires. 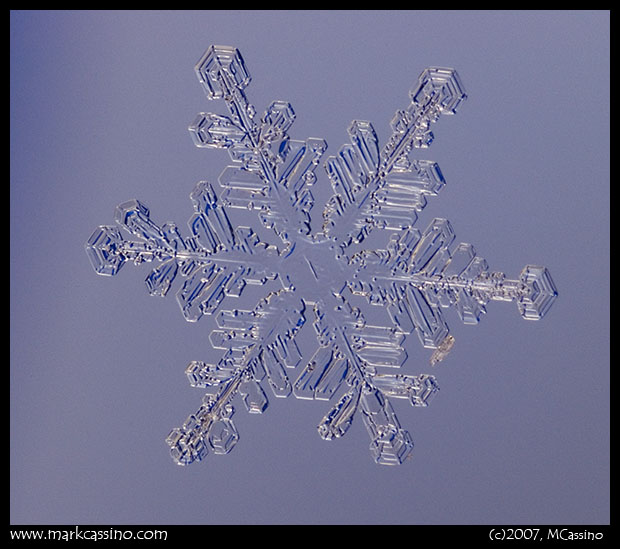 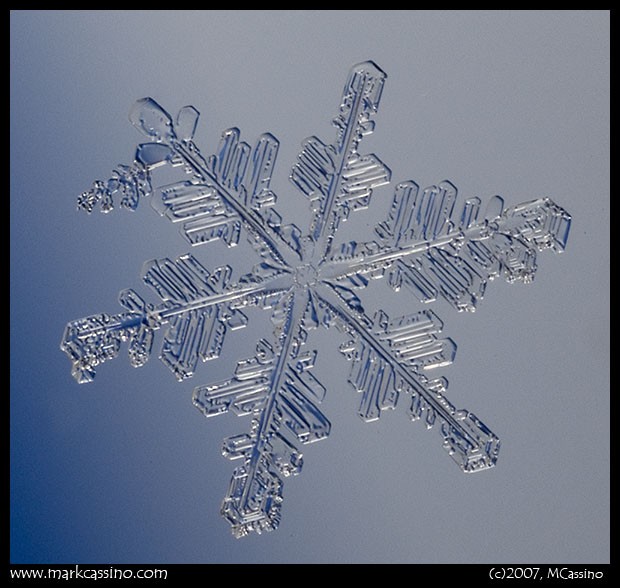 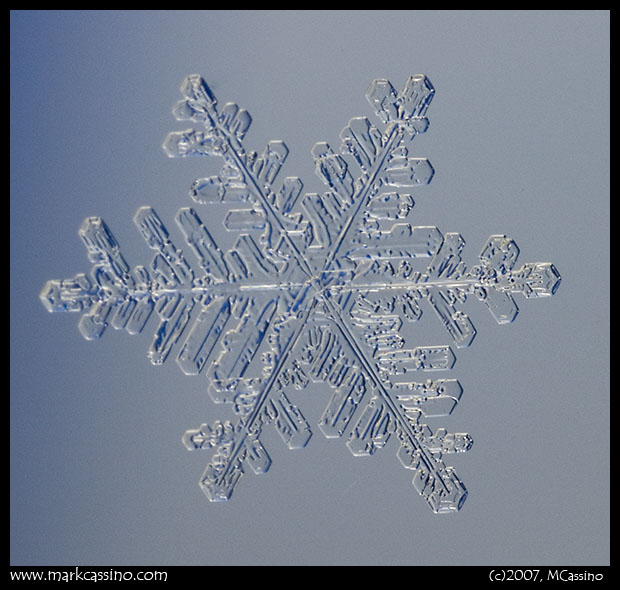 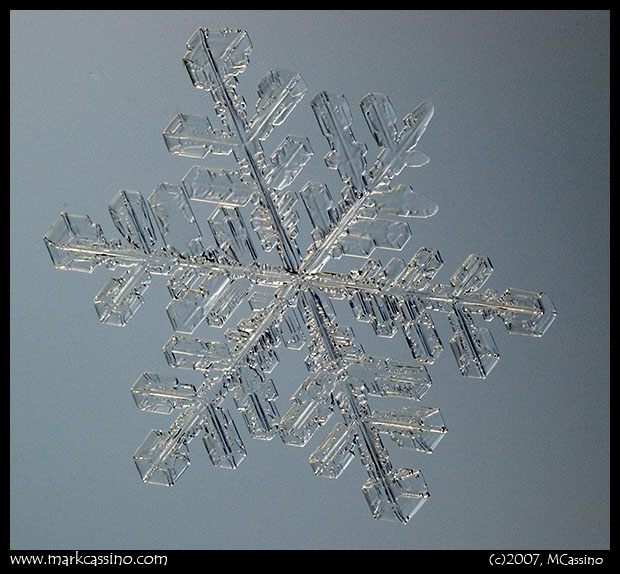