Eight o’clock in the morning, and I’m standing outside in brilliant sunshine. It’s past dawn – the sun is now up in full force, and the growing morning light reflects off the two feet of snow on the ground is dazzling bright. Overhead is a cloudless azure sky – deep, clear, and blue. And in the frosty single-digit chill – snow crystals are slowly falling from the sky. 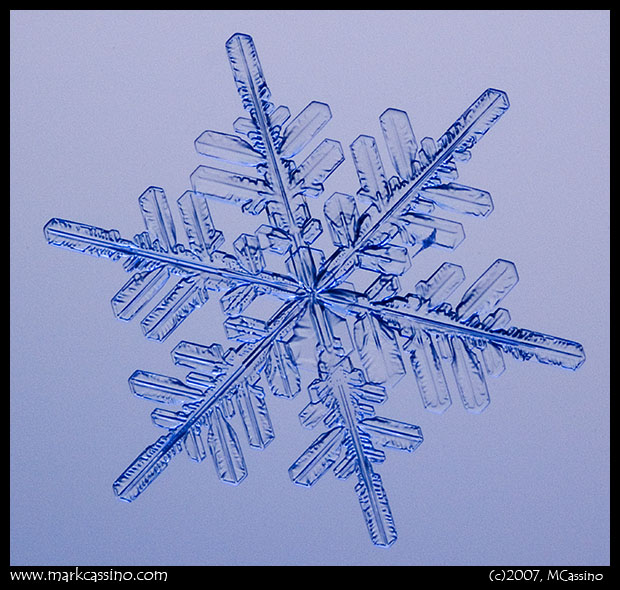 Without a cloud in sight, just where they are coming from is a bit of a mystery. The howling winds of the snow storm from earlier in the week have long died down, and this morning is still and quiet, with only the screech of a blue jay or two punctuating the morning snow.

Well, no matter where they come from, time is running out and soon the snow, and the chance for snow flake photography, will be over for another year. So I setup the camera in the garage, and get to work.

The slow descent of the crystals makes for ideal shooting. They come down steadily, just one at a time. Enough falling that it takes just a minute or so to gather a good sampling on the glass plate, but not so heavily that they are piling up on top of each other. Best yet, the snow crystals are generally fairly large – about1/8 of an inch in size – and are well formed. After getting a few feet of sleety powdery snow that fell like sand from the sky, it’s a real treat to see good, well formed individual crystals. 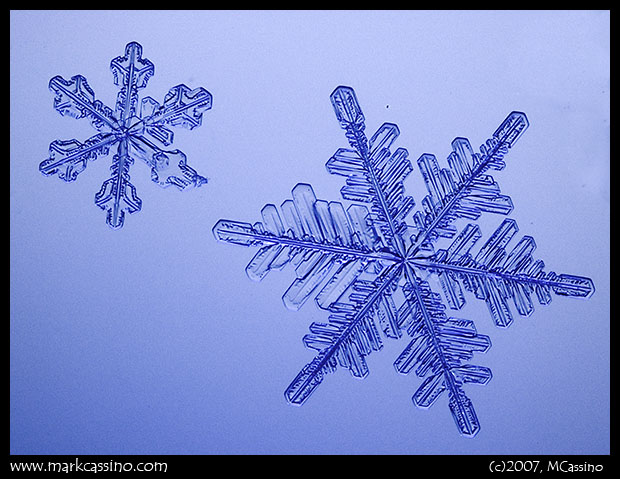 Consistent with the rest of the season, today was again bountiful with many 12 pointed crystals. A few were exceptionally complicated, and stirred hopes that just maybe an 18 pointed crystal might emerge.

No luck there – but given how rare 12 pointed snowflakes have been in past seasons, I’m just delights to see so many of them this winter.

My basic setup for shooting the crystals has changed very little this year. I made some modest changes to the light setup, moving the color filter to one side of the coffee can I use to hold the snowflakes and reflect the light back up into them. This year, I can make modest changes to the lighting just by rotating the can a few degrees of arc. I still can’t predict how moving the can will change the lighting – so in effect, I’m still working without understanding – but it’s starting to get clearer. 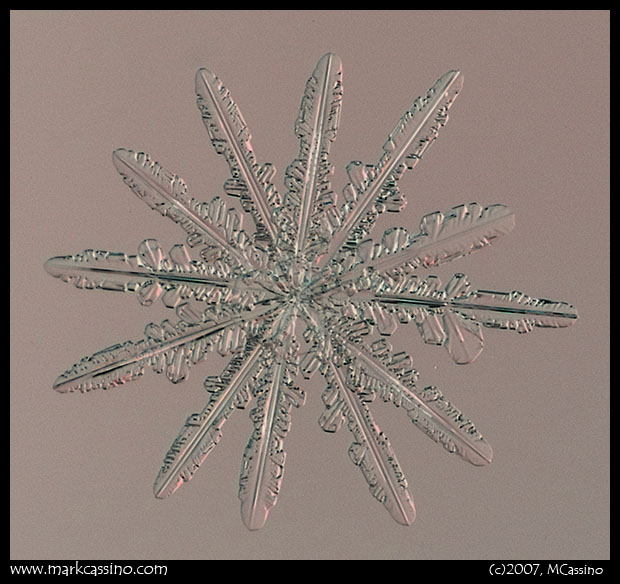 In the meantime, I’ve also started playing around with some variations in Photoshop, mostly adjusting the hue and color temperature. I’m getting a little tired of the plan old blue snow crystals.

The last crystal shown here reflects the most drastic degree of manipulation. Not only did I adjust the hue, color temperature, and contrast Adobe Camera RAW, but the inverted the image, and made further adjustments to the tiff once it was opened. I kind of like the effect (you can see the un-altered version here.)

More snow is predicted tomorrow – and then the warm up starts. A handful of today’s photos are finally up to par with the best shots of past seasons, so I feel like I can breath easy and feel that this winter hasn’t been wasted – well, at least in regards to snow crystals. 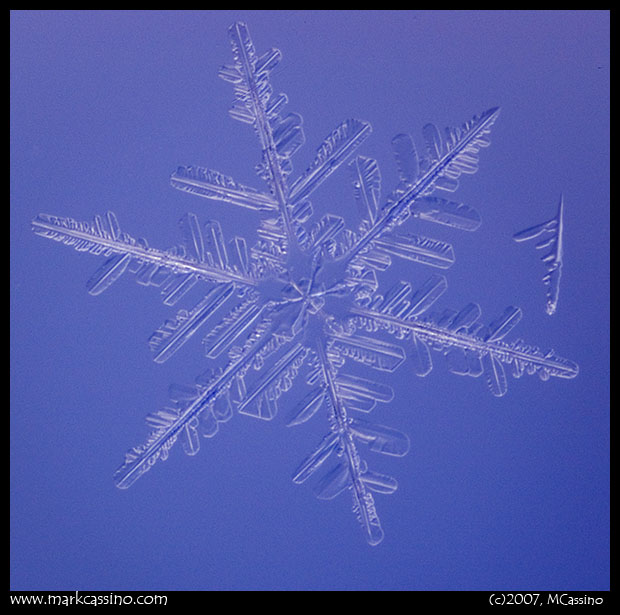 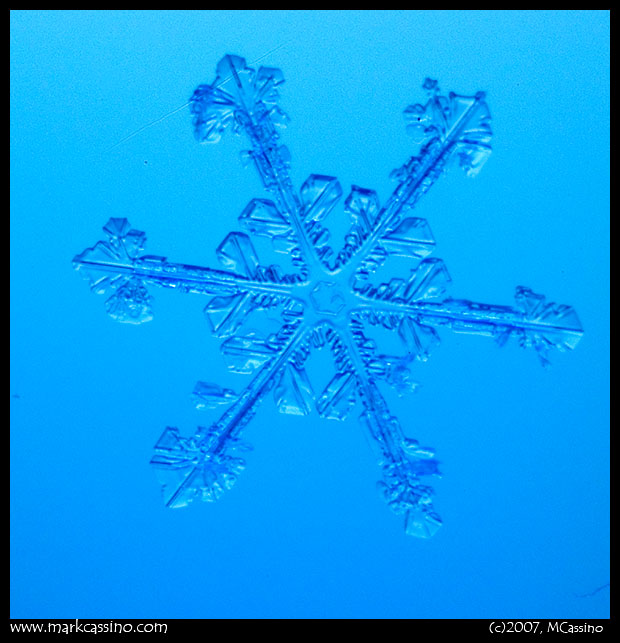 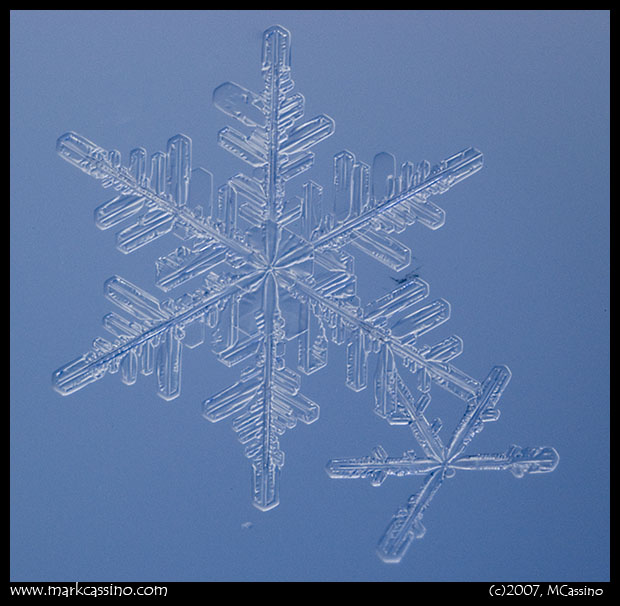 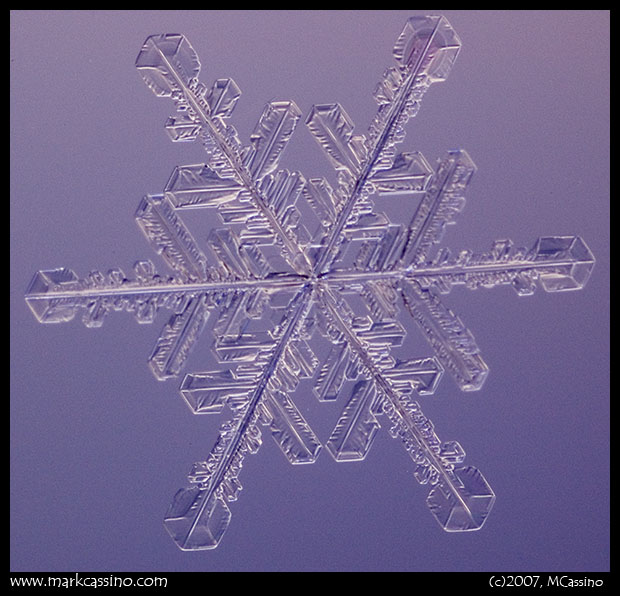 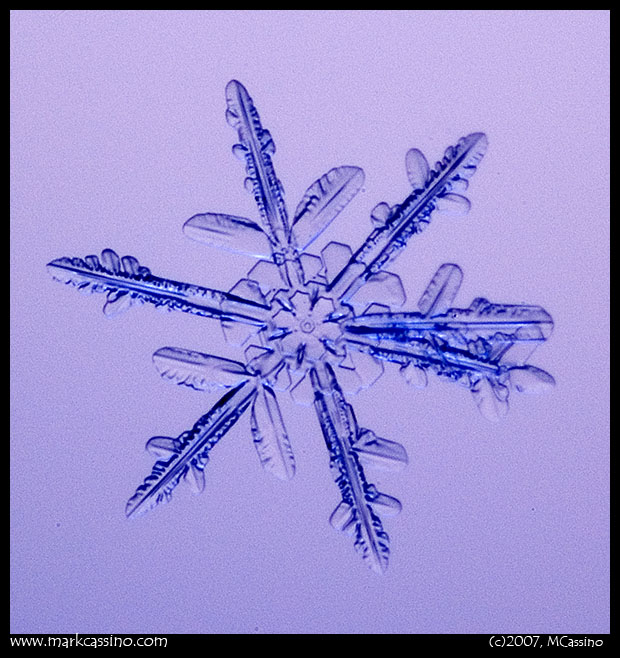 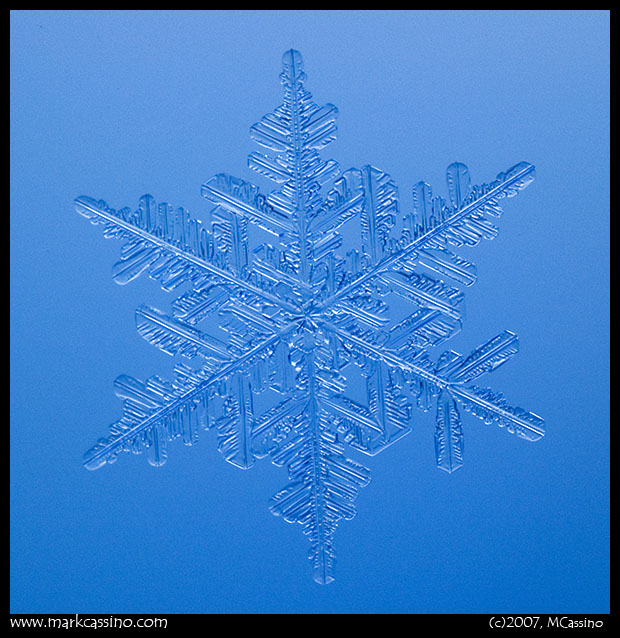 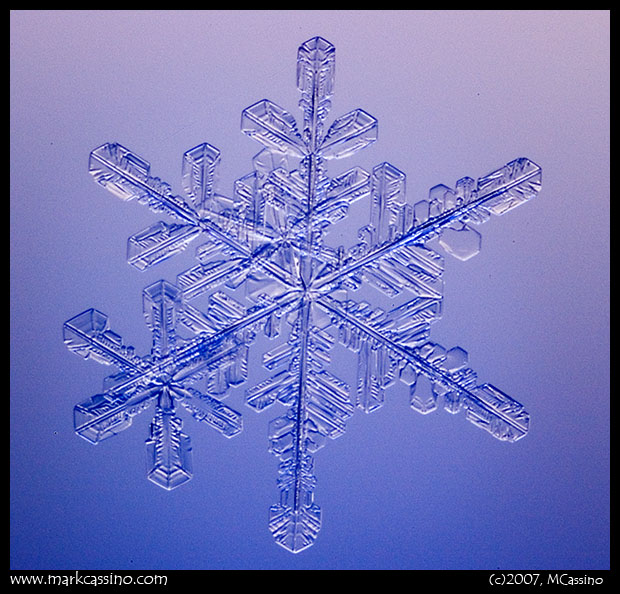